An actress has accused a card retailer of sexism for stocking cards which reinforce gender stereotypes.

Actor and singer Natasha Hodgson from Warrington took to to share a photo of two cards, she spotted at an unnamed retailer – including on with message, ‘You’re the kind of girl, I’d buy flowers for’, with a pink envelope.

A matching card with a blue envelope read: ‘You’re the kind of boy, I’d make a sandwich for’.

Natasha who has over 3,000 followers on the social media platform, and performs with a comedy troupe, sparked a debate after sharing the designs with the caption: ‘Ahh yes, the two sides of heterosexuality, commerce and toil.

And while many said the cards looked as if they belonged in the 1950s, and shared their own horror stories, others accused her of deliberately seeking out examples of sexism. 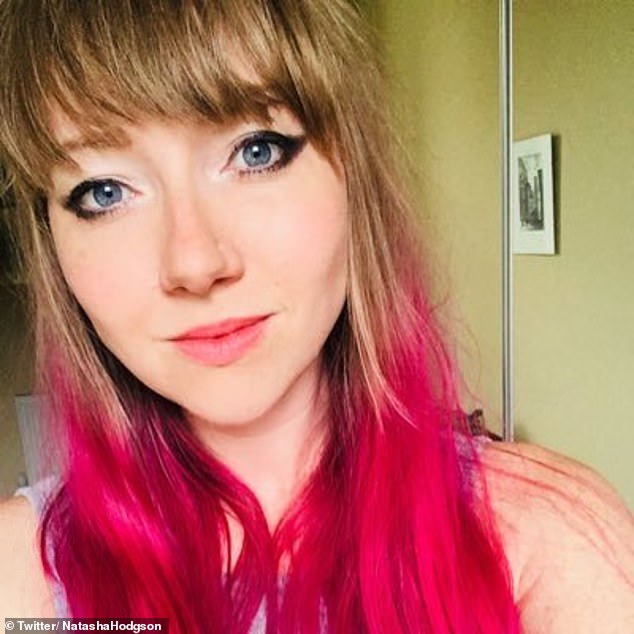 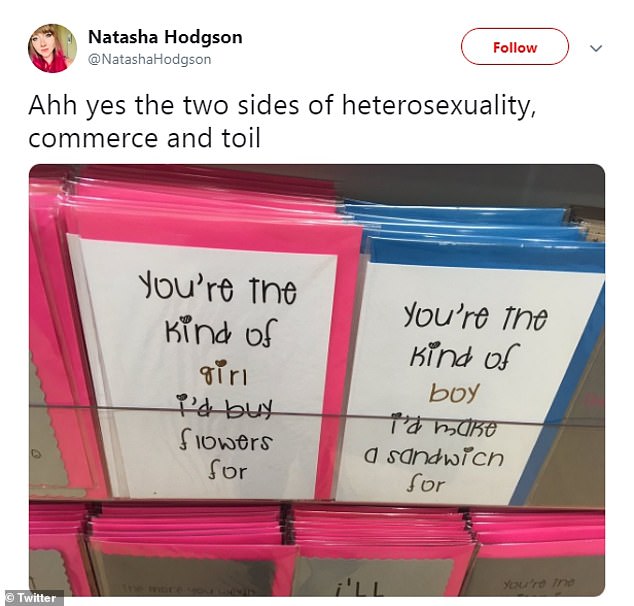 One person said: ‘When are people going to stop moaning over every little thing in life? Boo hoo, someone done something you don’t like.

‘Guess what, you can just choose to ignore it and move on instead of crying over everything that doesn’t fit in with your way of thinking.’

A third added: ‘Why would anyone go into a card shop and choose the ONLY TWO cards in the shop that could possibly be interpreted as sexist, when there are loads more? I guess some people just have agendas.’

However, a flood of response to the post agreed with Natasha that the cards promote an archaic message.

Another wrote: ‘Did someone from the 50s drop their cards through a portal to the modern day or something, wtf?’

A third added: ‘Gosh! When are we going to evolve?!’ 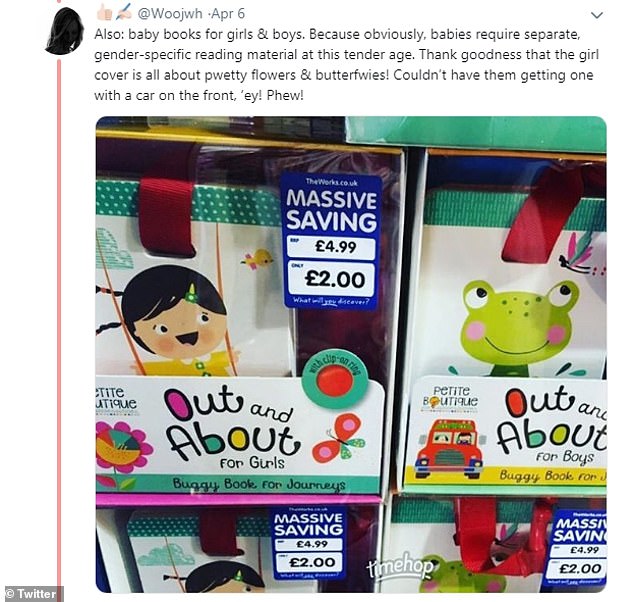 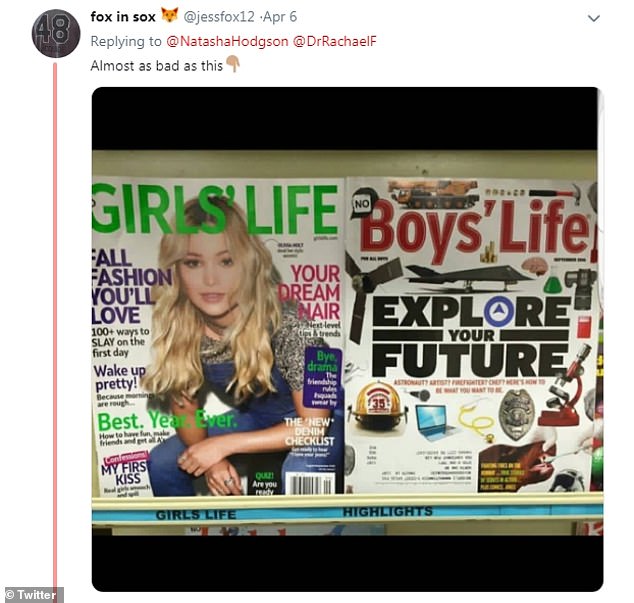 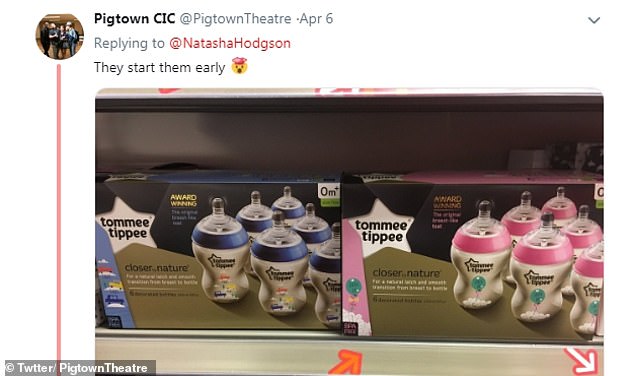 Other responders shared their own examples of everyday sexism, and accused brands of pushing gender stereotypes from a young age.

One shared a snap of two children’s books side-by-side , featuring a car on the boys’ book and butterflies on the version for girls.

‘Thank goodness that the girl cover is all about “pwetty flowers & butterfwies”. Couldn’t have them getting one with a car on the front.’

Olivia Munn flashes her flat abs in black baby tee and dark Daisy Dukes as she arrives in Toronto
British tourist is IMPALED through leg by parasol after falling from fourth-floor hotel balcony
Prince Harry joins Anthony Joshua and Nicola Adams at charity campaign launch
PM plans massive spending spree - and says that no achievement is beyond our reach
Boris Johnson says he will drive a 'hard bargain' with the US on trade
Prince Charles visits Celtic Sheepskin and Co to mark the firm's 30th anniversary
Bald men are more at risk of getting severe coronavirus, studies show
Edward Colson statue is hauled from Bristol Harbour