She is usually the most level headed of all of her sisters.

The soon-to-be mother of four admitted during an exchange on Sunday night that when one of her children gets hurt she ‘freaks out.’ 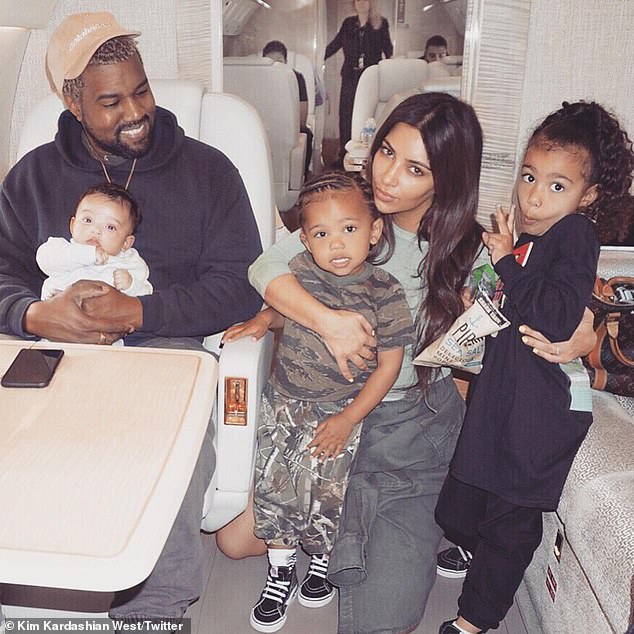 Mama bear: Kim Kardashian is notoriously unflappable but the 38-year-old beauty admitted  on Twitter that she freaked out when her son Saint had an allergic reaction over the weekend

The reality mogul was chatting with fans who were reacting to the most recent episode of Keeping Up With The Kardashians when she revealed her mama bear instincts.

Fans tweeted that they were in awe of the KKW Beauty owner’s calm, cool and collected demeanor in the episode as she confronted her husband Kanye West’s plans to uproot their family and move to Chicago.

The E! star responded directly, retweeting the comment: ‘It doesn’t benefit you to not be calm.’ 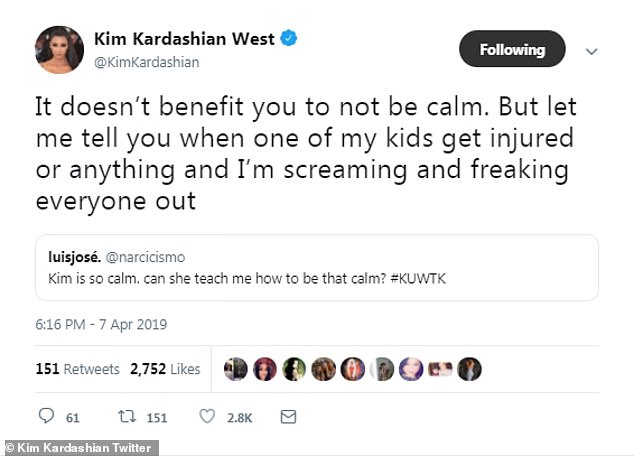 Level head: Kim explained to fans on social media that she strives to be calm unless something happens to one of her three children 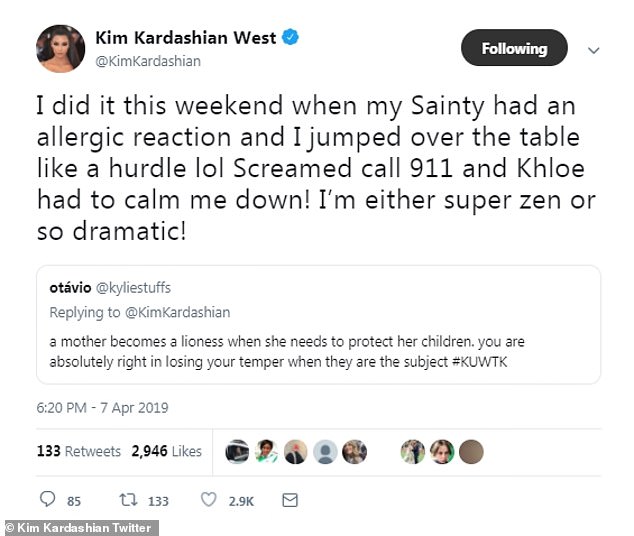 Scary! Over the weekend, Kim said her three-year-old son Saint suffered and allergic reaction and she ‘jumped over the table’ to get to him

‘But let me tell you when one of my kids get injured or anything and I’m screaming and freaking everyone out,’ Kim explained.

The stunner’s millions of followers were in agreement that when it comes to kids, everything else goes out the window.

One tweeted: ‘a mother becomes a lioness when she needs to protect her children. you are absolutely right in losing your temper when they are the subject #KUWTK’

Kim, who is one of the few celebrities who seems to love engaging with fans on social media, responded. 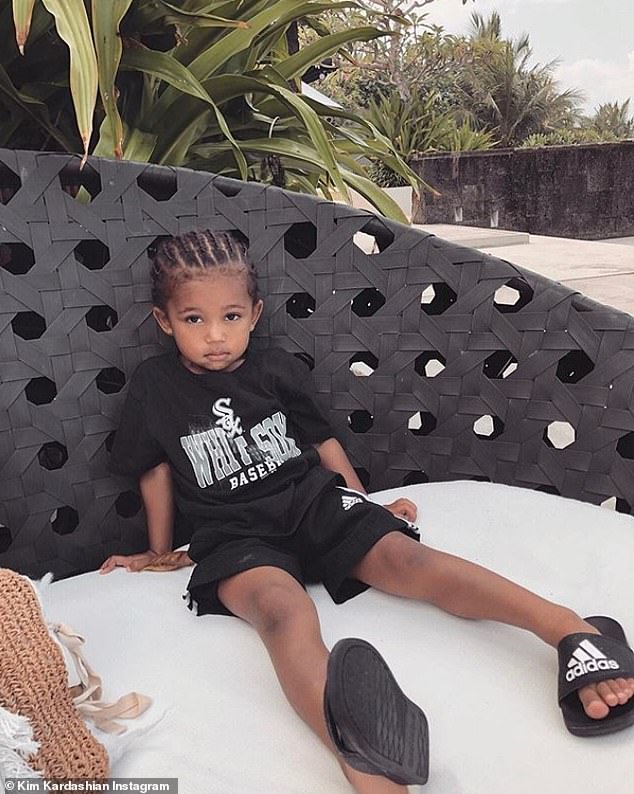 All better: Kim didn’t expand on the incident but she didn’t indicate that 911 was actually called or than Saint was hospitalized in any way

‘I did it this weekend when my Sainty had an allergic reaction and I jumped over the table like a hurdle lol Screamed call 911 and Khloe had to calm me down!’

Adding: ‘I’m either super zen or so dramatic!’

The A-lister didn’t get into further detail about the incident but since she was openly chatting about it, it is a safe guess that the toddler turned out fine.

Kim and Kanye are parents to North, five, Saint, three, Chicago, 14 months and are expecting their fourth child, a boy, via surrogate. 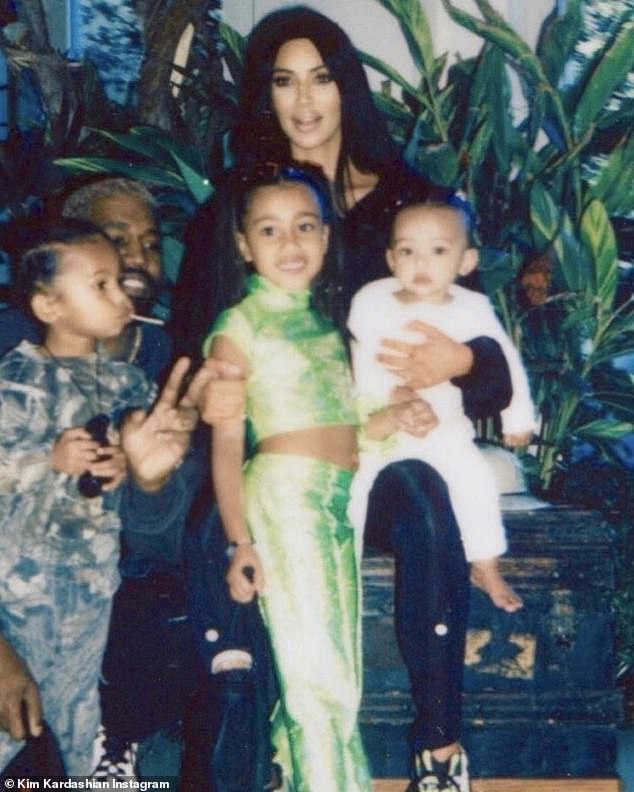 Keeping up: im and Kanye are parents to North, five, Saint, three, Chicago, 14 months and are expecting their fourth child, a boy, via surrogate

Strictly's Katya Jones left scratches all over Seann Walsh's back
Lady Victoria Hervey, 42, sizzles in a skimpy halterneck bikini as she tops up her tan in Barbados
Skye Wheatley and her beau Lachlan Waugh dote over their newborn Forest
Game Of Thrones' Peter Dinklage enjoys fun scooter ride with daughter, 6, in New York
Lisa Armstrong shares holiday snap from Oman as her ex-husband Ant McPartlin prepares for BGT return
Britain's Got Talent: Show suffers a major technical blunder as the WRONG acts go through
Gemma Atkinson and Gorka Marquez are seen for the first time after welcoming newborn Mia Louise
Vanessa Hudgens matches with boyfriend Austin Butler after calling him her 'constant inspiration'