An innocent man who keeps being mistaken for his identical twin paedophile brother says he feels like he’s living with a life sentence.

Owen Evans said he had no idea of the scale of his brother Gavin’s crimes until he was jailed on Friday.

Former worker Gavin Oliver Evans, 42, of Glanamman, was sentenced to four years in jail by Swansea Crown Court for trading images of child abuse with other paedophiles. 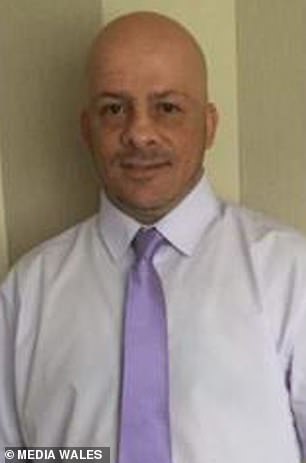 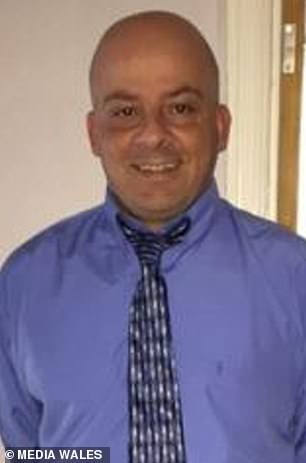 Innocent Owen Evans (left) has been harassed because his identical twin brother, Gavin, (right) is a convicted paedophile

He also engaged in months of highly sexualised online conversations with vulnerable young girls and there were images of girls as young as four being sexually abused by adults on his phone.

But the case has had consequences for his brother Owen, and Owen’s family.

‘I will have a lifetime of people calling me a paedophile – I am going to be constantly looking over my shoulder,’ he said.

Owen said his partner had already been subject to harassment as she walked down the street and been accused of living with ‘a paedo’.

He said his brother had not explained fully why he had initially been arrested, and he only discovered this when it came to court.

‘What he has done is shocking – I was mortified – he played down what he was arrested for,’ he said. 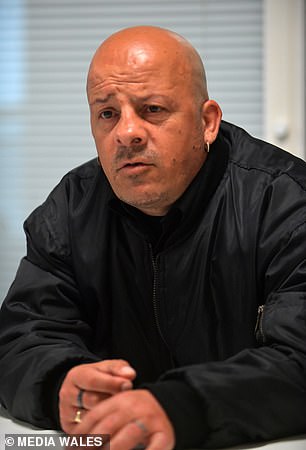 ‘I knew he had been up to no good for something but I didn’t know the ins and outs of it. My older brother couldn’t believe it.’

He said he believed his brother, who had no previous convictions, should have received a far longer sentence.

The 42-year-old, who works in security and lives in Swansea, said: ‘I do not think he’s got long enough in prison – he will probably do less than four years.’

Owen was so desperate to get the message out that it was his brother Gavin, not him, who was responsible for the crimes, he posted a picture of himself and his brother on Facebook to ensure people knew the truth.

He said: ‘What he has done is bad enough – but there’s the fact that he has lied to us about it. He’s got no worries for the next couple of years – we are the ones who will serve the time.’

Owen vowed never to contact his brother again after the details of the case emerged.

These included grooming young girls into sex acts on camera, sharing an intimate video of a 14-year-old girl with at least a dozen other paedophiles, and having Category A images on his phone, showing extreme abuse.

Gavin also had a picture of a woman having sex with a horse.

Before his sentencing hearing he had previously pleaded guilty to a total of 11 counts of possessing, downloading, and distributing indecent images, inciting and attempting to incite a child to engage in sexual activity, and possessing extreme pornography.

He will be a registered sex offender for the rest of his life. 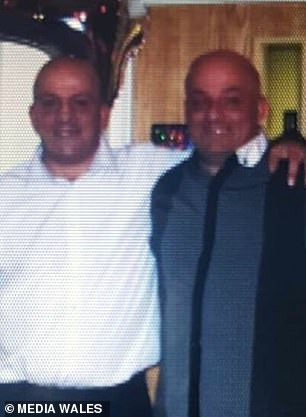 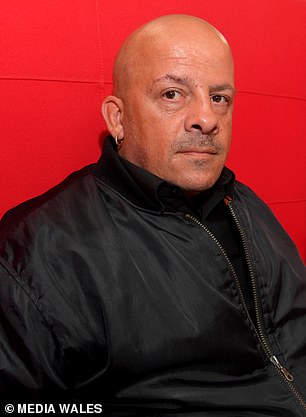 Owen (far left, in the white; and on the right in the black top) vowed never to contact his brother (seen on the left in the blue top) again after the details of the case emerged

‘I won’t be going to see him,’ said Owen. ‘My older brother said he was sick to the stomach.

‘Gavin played everything down – he had a letter with the court date on and you could see there was no fight in him.’

He added: ‘If people are going to mistake me for him for the rest of my life, all I’m trying to do is get the story out there and for people to leave us alone.

‘From school we have always been confused. I lived in Ammanford when I was 19 and moved away to Lincolnshire and Oxford and came back three years ago.

He does not want to move to live elsewhere following the actions of his brother.

‘I shouldn’t have to move or defend myself against something I haven’t done,’ he said.