Five whistleblowing workers at the only transgender clinic in Britain have quit over fears children as young as three are going through unnecessary gender reassignment treatment.

The clinicians from the Gender Identity Development Service (GIDS) clinic based in and Leeds left over concerns children were being incorrectly diagnosed with gender dysphoria.

It was feared some gay children struggling with their sexual identity are being incorrectly diagnosed as transgender.

Specialists also worried that some of the youngsters were being referred and pressured into having gender change treatment after suffering homophobic bullying.

All five former staff members were part of the team deciding if youngsters should be given hormone blockers to stop their development before puberty, according to the . 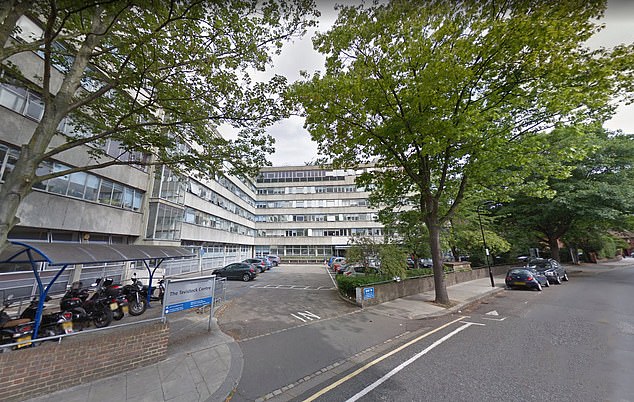 Gender Identity Development Service (GIDS) clinic in London. Five workers quit over concerns about the number of children being given gender change treatment

The patients then take a course of cross-sex hormones at the age of 16 depending on whether they want to develop as male or female.

At least 18 staff have reportedly quit the controversial clinic over the past three years, citing fears not enough checks are being done to correctly diagnose child patients.

One of the five whistleblowers even said the only reason many stayed in their post was to prevent more children from having the treatment.

Referrals to the clinic risen in recent years, with 94 in 2010, rising to 2,519 by last year, with the youngest patient aged just three.

One of the clinicians told The Times: ‘I felt for the last two years what kept me in the job was the sense there was a huge number of children in danger.

‘I was there to protect children from being damaged.’

Experts fear the treatments are being given without exploring the underlying reason for the children’s confusion over their sexuality. 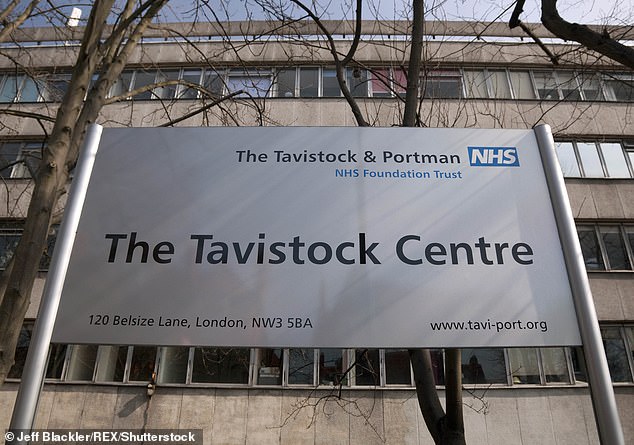 The Tavistock Gender Identity Development Clinic in north London has an ‘inability to stand up to pressure’ from campaigners and parents demanding fast-track transitions, its own clinicians have said in February

An Oxford professor said the treatments were ‘unregulated live experiments on children’ with some diagnosis not supported by any evidence.

Carl Heneghan, director of the Centre of Evidence-based Medicine at Oxford University, told The Times: ‘Given paucity of evidence, the off-label use of drugs [for outcomes not covered by the medicine’s licence] in gender dysphoria treatment largely means an unregulated live experiment on children.’

GIDS, which is part of the Tavistock and Portman NHS Foundation Trust, denied these claims and insisted careful diagnoses were made in these complex cases.

A spokesman told the Times: ‘It is only in recent years that the number of young people attending specialist services worldwide has dramatically increased.

‘Prior to this the numbers have been small and it has therefore been difficult to collect sufficient evidence to fully evaluate treatment pathways.

In February doctors at the gender identity clinic warned young patients could be exposed to ‘long-term damage’ due to lobby groups and ‘pushy parents’.

A report by former staff governor David Bell, said some children ‘take up a trans identity as a solution’ to ‘multiple problems such as historic child abuse in the family, bereavement, homophobia, and a very significant incidence of autism spectrum disorder’.

The Bell report said many children questioning their identity may have ‘learnt through online resources [or] coaching from from parents or peers exactly what to say in order to get the results they want’.

Psychoanalyst and former governor of the clinic, Dr Marcus Evans, resigned in February over concerns clinicians were looking for ‘quick solutions’ by offering gender reassignment.

Last November the centre was accused of ‘fast-tracking’ young people for gender treatment in a letter sent by parents.

Edmund falls as Johnson surges into semi-finals at...
How beans on toast, Welsh whisky and Philip helped Theresa May survive the week
Theresa May warns her warring MPs 'back me or get Corbyn and no Brexit'
Scotland Yard ask for extra cash to keep hunt for Madeleine McCann going
Chelsea and Arsenal supporters mix in Baku before Europa League final
Yom Kippur shooter intended to carry out a 'massacre'
The Crown's Matt Smith 'forms close friendship with co-star and on screen Queen Claire Foy'
Tourists lounge by swimming pool in Tenerife hotel quarantine