ISIS bride Lisa Smith has pleaded for her and her young daughter to be returned to Ireland.

Speaking to The Irish Mail on Sunday, the Co. Louth woman said it was a mistake to travel to join up with terror group Isis.

Ms Smith exclusively spoke to a reporter at the Al Hawl refugee camp on Syria’s border with Iraq – a facility built to house 10,000 refugees, but now home to around 76,000 people. 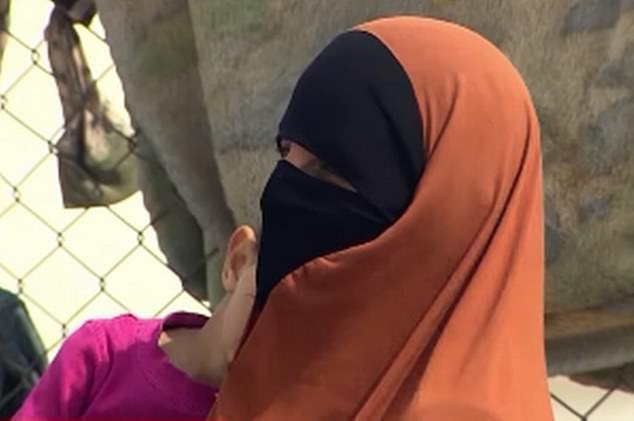 Lisa Smith, 37, a former Irish soldier who left to join ISIS, wants to be allowed back into Ireland along with her daughter after the fall of the terror group’s ‘Caliphate’

The former private in the Irish Defence Forces insisted she never owned or used a gun while in Isis.

The Dundalk native also denied training anybody in military tactics, but did admit to attending one training session, which she said prompted her to remember her own military training.

Asked about her home country, she said: ‘For me, I want to go back to my country.’

Explaining why she wanted to do this, she added: ‘Obviously if people are good, you know, and they treat you right and they smile at you, you know.’ 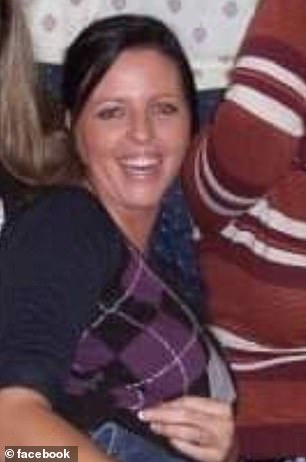 Ms Smith also defended any possible criticism of her as a mother for travelling to join up with ISIS.

‘I wasn’t a mother when I left. I came as a single person and I thought if I died here, I died, but when I had a child I became different, you know,’ she said.

‘You have to take your child and look after your child, you know. She’s my No.1 priority now; that’s why I want to leave and take her home with me and get her educated. People here are not educated.’

She strongly denied that she had fought with Isis, claiming she never even owned a gun despite her husband offering to buy her one for self-defence.

‘I think anyone that knows me, you know, in the Army or outside the Army or anywhere in my life, will know that they know me, that I wouldn’t pick up the weapon and fight and stuff like that,’ she said.

‘I didn’t do it. I didn’t own a rifle. I didn’t teach them anything.

‘There was actually women teach[ing] their husbands like how to have classes, you know, of how to use the gun, how to do this, how to do that.

In a filmed interview, Ms Smith said she now wants to go home and raise her daughter in Ireland. She said: ‘I don’t want to cause problems for anyone. I don’t want to mix.

Asked whether she would travel again to such a state, she insisted that she wouldn’t as it was her ‘biggest mistake’. 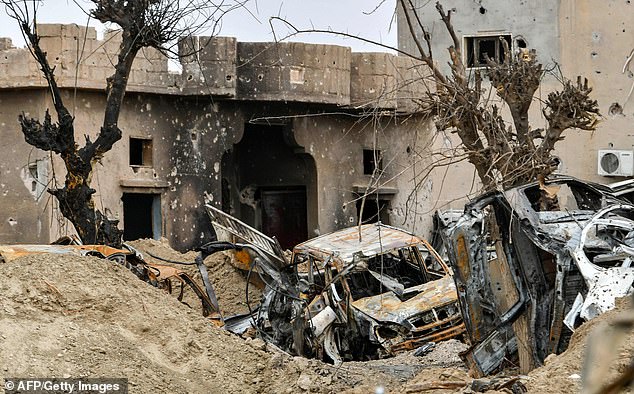 Smith has ended up in the Al Hawl refugee camp in northern Syria after Kurdish forces recaptured the town of Baghouz, which was the terror group’s last stronghold in Syria

Ms Smith, who previously worked on the Government jet when she was in the Defence Forces, said: ‘I just ran, ran with the crowd like I always do. Ask my mum. I run with the crowd all the time. And that’s what I did.

‘I didn’t listen to anyone. I didn’t take any advice. I just ran. And I wish I didn’t. I wish I had just took my time.’

Asked if she should face investigation in Ireland, Ms Smith told the IMoS: ‘I don’t think I should be tried.

‘If they want to put an investigation on me I have nothing to hide.

‘The only thing I did was come here and, if that’s my crime, like a lot of other people’s, for coming here and realising I made a mistake.’

Leo Varadkar has already indicated that Ms Smith would be permitted to return here if she wished.

However, the Taoiseach has said a security assessment would have to be carried to make sure she is not a threat to anyone in Ireland.

Speaking when the presence of an Irish citizen in the Syrian camp was first confirmed, he told the IMoS: ‘There are a couple of things that need to be examined now: a) Does she want to come home? Maybe she doesn’t. b) Do the Syrians want to put her on trial? c) We have to perform a security assessment as to whether she is a threat to us.

‘And finally we have to determine it is actually her.’