Felicity Huffman has agreed to plead guilty for her role in the college bribery scam.

The actress is among 13 parents who on Monday agreed to admit to the charges.

She was charged with conspiracy to commit mail fraud and honest services mail fraud for paying someone to alter her daughter’s SAT results to make sure they were high enough for her to gain admission to USC.

Other parents, namely Lori Loughlin and her husband Mossimmo Giannulli, are yet to make deals or enter pleas.

The next step in Huffman’s case is a plea sentencing hearing which is yet to be set.

The maximum sentence for her charges is 20 years in prison, three years supervised release and a fine of $250,000. 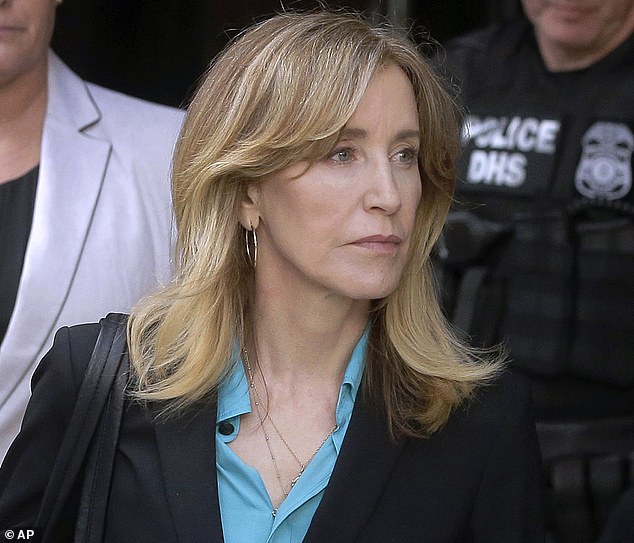 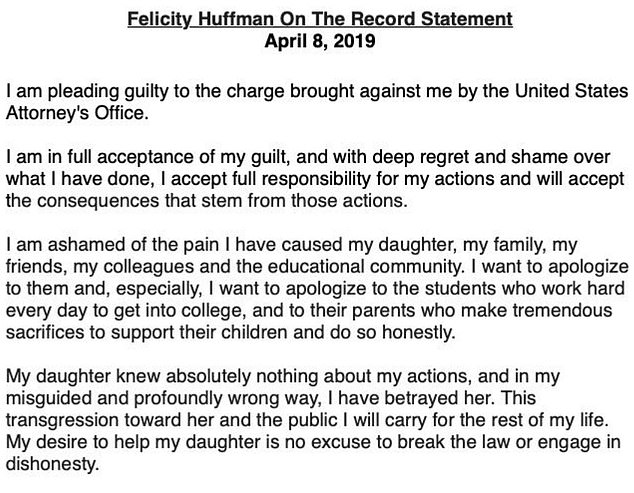 In a statement, Huffman said she had ‘betrayed’ her oldest daughter, Sofia, by paying $15,000 to have someone else alter her SAT results in 2017 to get her into the school.

‘I am pleading guilty to the charge brought against me by the United States Attorney’s Office.

‘I am ashamed… I want to apologize to the students who work hard every day to get into college, and to their parents who make tremendous sacrifices to support their children and do so honestly

‘I am in full acceptance of my guilt and with deep regret and shame over what I have done, I accept full responsibility for my actions and will accept the consequences that stem from those actions.

‘I am ashamed of the pain I have caused my daughter, my family, my friends, my colleagues, and the educational community. 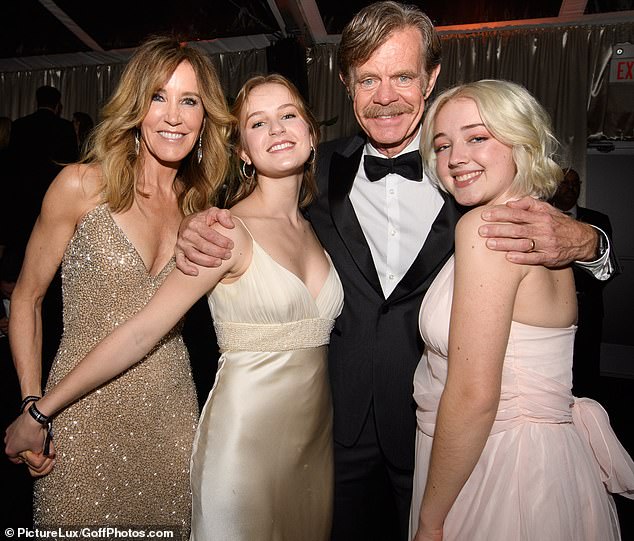 Huffman and her husband William H. Macy are shown with their oldest daughter Sofia (left), whose test was the one that was manipulated, and their younger daughter Georgia in January

‘My daughter knew absolutely nothing about my actions and in my misguided and profoundly wrong way, I have betrayed her.

‘This transgression towards her and the public I will carry for the rest of my life.

‘My desire to help my daughter is no excuse to break the law or engage in dishonesty,’ it read.

It is the first public remark she has made on the scandal since her March arrest.

Coach Michael Center, 54, of Austin, Texas, who was the head coach of men’s tennis at the University of Texas at Austin, also agreed to plead guilty.

Huffman paid $15,000 to have someone change Sofia’s answers once she was finished with her SAT exam.

She considered using the scheme again for her younger daughter Georgia but decided against it.

Her husband William H. Macy has not been arrested or charged. 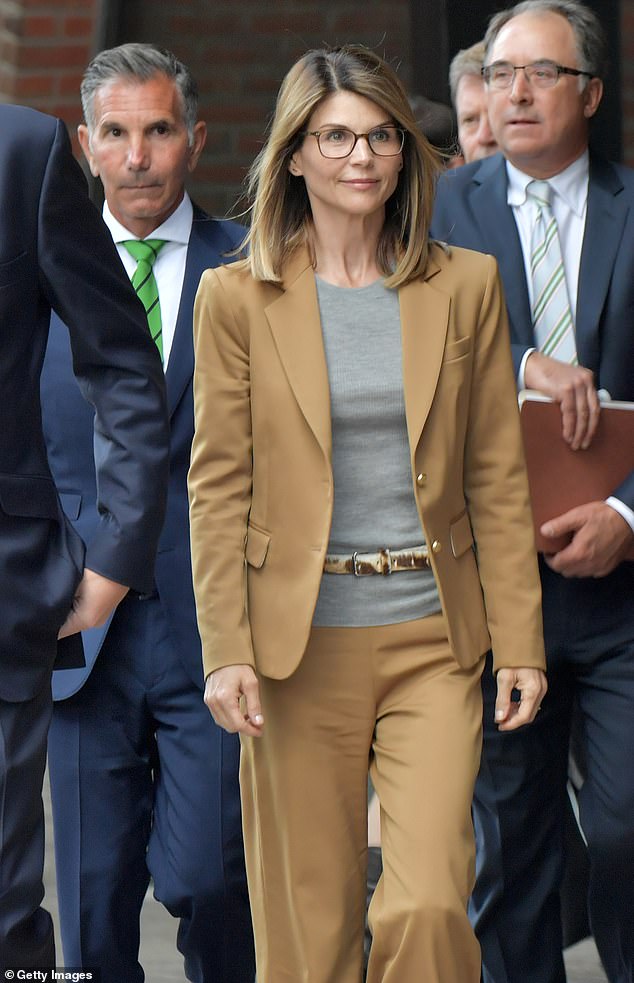 Lori Loughlin and her husband Mossimo Giannulli are yet to enter pleas or make deals with prosecutors. They are shown in court on April 3 in Boston

Meghan Markle's baby shower guests were treated to $700 worth of gifts
Brexit: Boris Johnson says Theresa May's deal is 'dead'
Visitors get glimpse into Harry and Meghan's lives as Frogmore House throws open doors to public
Hundreds of furious customers are left with no internet for days as Virgin Media goes down
NASA's new spacecraft will travel within 26 million miles of the sun in order to gather data
Madonna forces fans to lock their mobile devices away as she kicks off her UK tour
Prince Harry and Meghan Markle attended plaque unveiling for fallen Afghanistan hero
Meghan Markle's relationship with Royal Family showed 'warning' signs just four days after wedding