Authorities trying to recover a dead body spotted floating off the Hawaii coast had to call off the rescue after a tiger shark started circling and pulled the person under.

Hikers spotted the body in the water about 30 yards off the shore in North Kohala at about 11am on Sunday.

A large tiger shark had started circling the body when Hawaii County fire officials arrived at the scene soon after.

Officials said they made multiple attempts to get the body with a Billy Pugh net but their efforts were thwarted by the hungry predator. 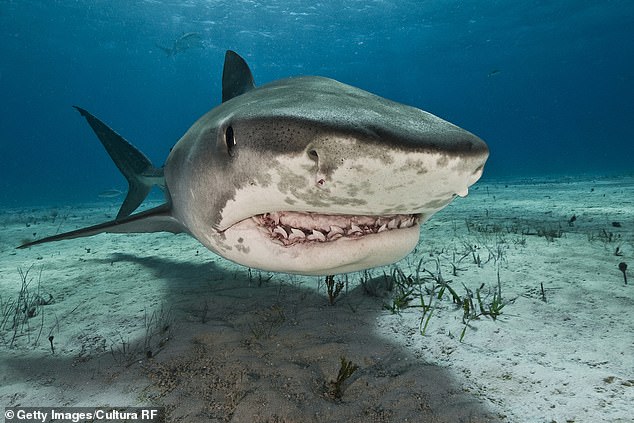 The body was pulled under water by the shark soon after.

‘In the process of putting a Fire Rescue Specialist in the Billy Pugh net to recover the body, a bystander reported that a shark had submerged the body and it was no longer visible,’ the county fire department said.

Authorities conducting aerial searches for the person before calling the rescue off when the body didn’t reemerge.

The person’s belongings, including a backpack, were located on a cliff nearby.

Officials have not released any details about the person.

They said are working to identity the person’s next of kin. 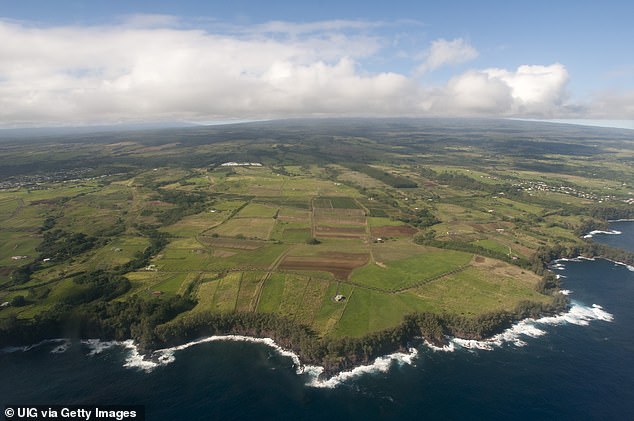 A large tiger shark had started circling the body when officials arrived at the scene soon after. The body was spotted in water off the coast of North Kohala (above)

Man, 59, with out terminal sickness planning on travelling to Dignitas to finish his life
Her Majesty is joined by Theresa May at Crathie Kirk Church
Mayor pulps city magazine in that detailed Henry Ford's anti-Semitism
Islamic State's 'caliphate' on brink of defeat in Syria
California's AG says 4 other states will join him in 'imminently' suing Trump over border emergency
Gone Girl author says she's 'sickened' her book is being used in missing Jennifer Dulos case
Michelle Obama tells Essence Music Festival says she was stereotyped 'an angry black woman' in 2008
1918 Spanish flu pandemic was linked to the rise of the Nazi party, federal paper reveals