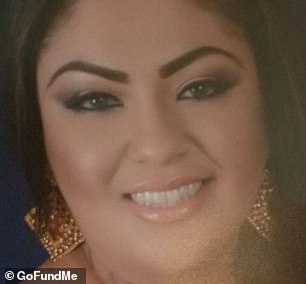 Body camera footage showing the fatal shooting of a 24-year-old woman by four San Jose police officers who mistook her for an attempted murder suspect has been released after the killing was ruled lawful.

The Santa Clara District Attorney’s office on Friday cleared the officers of any legal wrongdoing over the death of Jennifer Vazquez last Day.

The 78-second clip was released alongside a 62-page document by Deputy District Attorney David Boyd, which concluded that police did not know and had no reason to suspect they had the wrong person.

‘Under the facts…the use of deadly force…was a lawful response to an apparent armed fleeing felon who reasonably appeared to pose a great threat to public safety,’ Boyd wrote.

Officers fired 40 rounds at Vasquez and her 28-year-old passenger Linda Carmona-Bruno after a nine-mile high-speed car chase that began just after 2am on December 25. 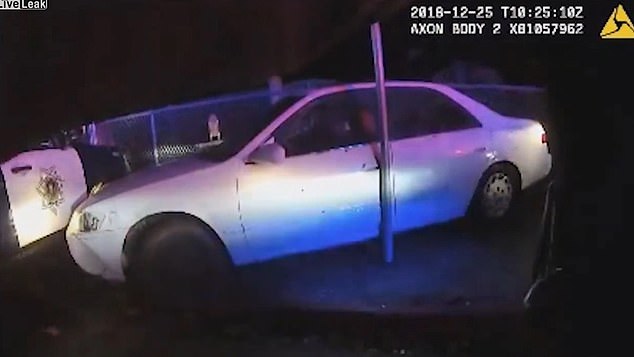 Police arriving on the scene of a double-shooting in San Jose said they had been told by a witness that the vehicle involved in the shooting was leaving the area, according to a news release from the DA’s office.

The witness then pointed officers in the direction of a Toyota Camry, which following a license plate check was found to have been reported stolen.

During the pursuit, a supervisor advised over the police radio that this incident might have been related to another shotgun shooting in the city two hours before.

When officers attempted to stop the Camry, the driver ‘refused to yield and led police on a high-speed, nine-mile chase – at one point driving against traffic without the headlights on,’ according to the news release. 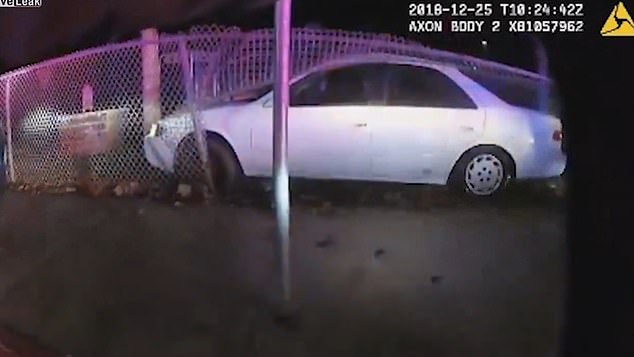 The Camry finally crashed into a fence next to an elementary school, and was boxed in by police cars.

The bodycam footage shows the frenzied moments in the run up to the shooting, in which Vasquez drove forward and back in an attempt to dislodge the car from the fence, before ramming into a parked patrol car.

During the shot clip, an officer is heard shouting: ‘You’re going to get shot, get out of the vehicle…I’m going to shoot you if you don’t stop.’

‘If she comes at me I’m going to shoot her.’

Passenger Carmona-Bruno was injured in the gunfire and treated in hospital for non-life-threatening injuries.

The case has drawn strong criticism from residents and rights groups for the use of deadly force; the Santa Clara County coroner’s office said Vazquez was hit fourteen times, of which six were head wounds.

The outcry was strengthened by the fact Vasquez had no connection to either of the shootings, nor was she armed. 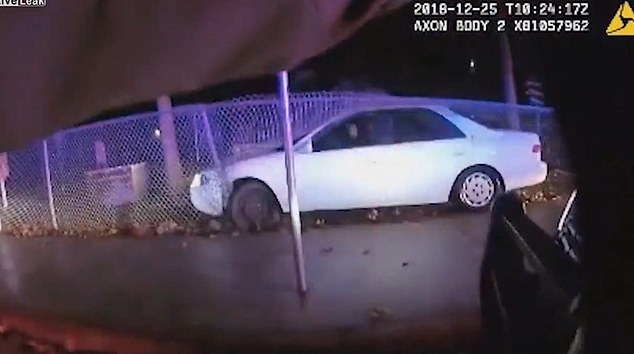 San Jose Police chief Eddie Garcia defended the officers at the time, saying they did not want their Christmas Day to end up like that.

‘No, they weren’t the suspects in the shooting, but had they not been in a stolen vehicle, had they not led police officers on a high-speed pursuit, had they not tried to ram officers cars, we wouldn’t be here today,’ he said during a press conference.

‘Given the circumstances… it was reasonable and justified for the officers to feel that their lives were in danger.

‘Had these individuals just complied with the officers, would have stopped, this would have ended up very differently.’

In his report on the incident, Boyd also played down the case of mistaken identity.

Vasquez’ family have raised more than $6,000 to cover the cost of her funeral via a GoFundMe page, and vowed they would ‘get justice’ for the 24-year-old.

The page described her as a ‘vibrant and beautiful soul’ with an infectious smile.

‘Jenny was full of life, with a high esteem and value for the community,’ it reads. ‘We will get justice!’

Construction worker who fell and hit his head at work site walks away without any serious injuries
Masked burglars dressed up as a SWAT team burst into Florida home of a single mom-of-two to rob it
Charlottesville driver showed NO remorse before or after he killed woman with his car
Woman arrested for throwing phone at mom after she refused to take her to yoga
Jeff Bezos is still living with ex-wife Mackenzie, who made a $1B profit off stock in just two weeks
Police say currently no evidence to suggest Angels pitcher Tyler Skaggs died from an overdose
Moment grandmother giddily celebrates getting a $400 Brahmin purse that she's wanted for 20 years
Streatham terrorist Sudesh Amman was tailed around the clock on his release from prison