Michael Brunelli and ‘wife’ Martha Kalifatidis have been the subject of split rumours in recent weeks.

But on Friday, Michael revealed the pair are still very much together, speaking to Chrissie Swan at the MAFS party in . 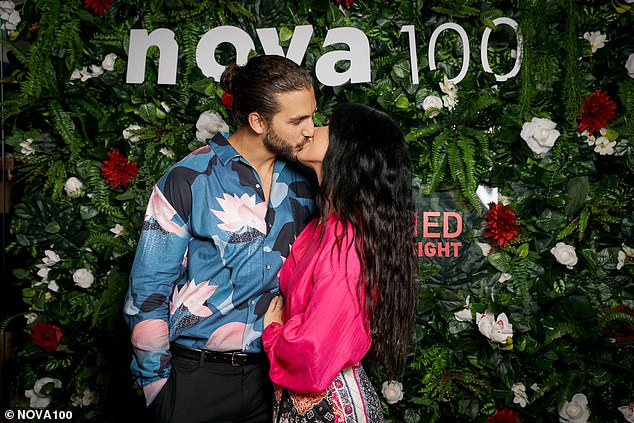 Putting those split rumours to bed! Martha Kalifatidis and Michael Brunelli (both pictured) packed on the PDA at the Nova 100 MAFS party in Melbourne on Friday

The loved-up pair were seen sharing a few steamy kisses in front of the event’s official media wall.

Posing up a storm together, the pair couldn’t keep their hair hands off each other as they embraced one another and shared a few extra smooches. 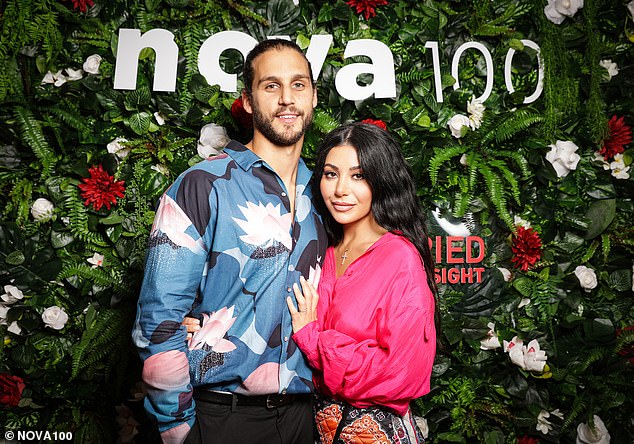 They’re happy! Posing in front of the event’s official media wall, the pair couldn’t keep their hair hands off each other

Letting her statement outfit do all the talking, Martha accessorised with a simple silver necklace and her favourite Fendi bag.

She styled her raven tresses in tumbling waves and framed her features with a slick of taupe lipstick and smokey eye shadow.

In recent weeks, the couple’s romance has been rocked with rumours they may be ‘faking’ it for the cameras. 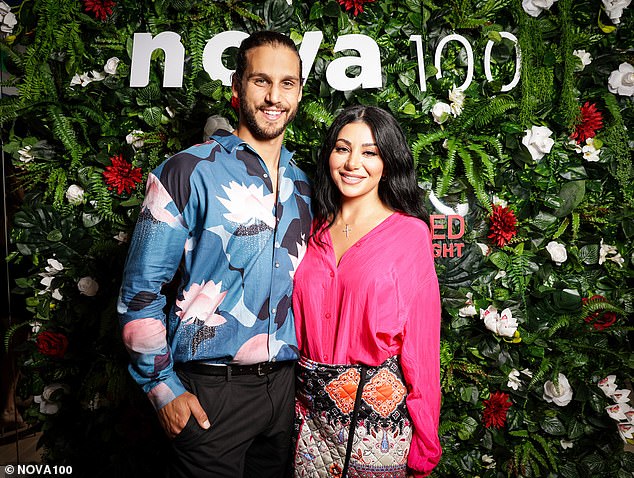 Speculation: In recent weeks, the couple’s romance has been rocked with rumours they may be ‘faking’ it for the cameras, however the pair seemed to be very much back on

On Monday, NW magazine claimed Martha has been ‘secretly meeting up with co-star Sam Ball for five months’.

Despite this, Martha and Michael were filmed arriving at the show’s reunion in Sydney on January 24 while hand-in-hand.

Martha has been hitting the headlines with her antics at the reunion dinner party, during which she throws wine at co-star Cyrell Paule, which is shown in a trailer. 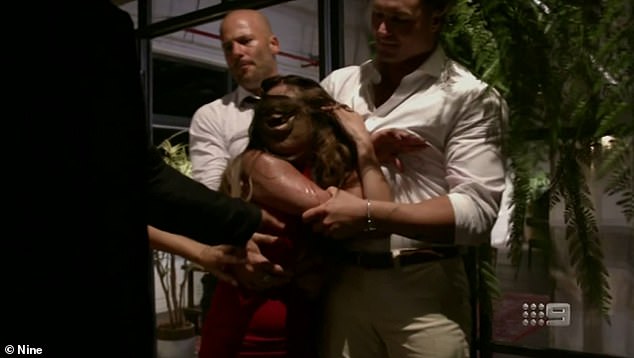 Plenty of drama! Meanwhile, Martha has been hitting the headlines with her antics in the reunion dinner party, during which she reportedly throws wine at co-star Cyrell Paule (pictured)

Melinda Messenger admits she'd 'given up hope of finding love' before she fell for new boyfriend
BRITs 2019: Dua Lipa is branded a 'diva' for 'shutting the door to well-wishers'
Jordyn Woods flashes her black lingerie in a very daring semi-sheer dress as she dines out in London
David Harbour worried that his mental illness would cost him his acting career
Westlife EXCLUSIVE: Comeback stars reveal they're in 'best shape ever' ahead of 20th tour
Sienna Miller looks '70s chic in statement fur coat
Little Women star Florence Pugh looks sensational in an orange gown at the Oscars Nominees Luncheon
The Mandalorian Season two still on schedule for October release despite COVID-19 pandemic