The Dorchester Hotel has lost a string of high profile bookings since the Sultan of Brunei announced gay sex and adultery would be punished by stoning to death.

Among the events moving to an alternative venue are the TV Choice Awards, the English National Ballet and the Make A Wish Foundation.

According to the Thompson Reuters Foundation, travel agents, ‘s transport network and finance houses were among a rising number of companies on Friday to cut ties with businesses owned by Brunei to protest over the Sultanate’s introduction of the death penalty for gay sex and adultery. 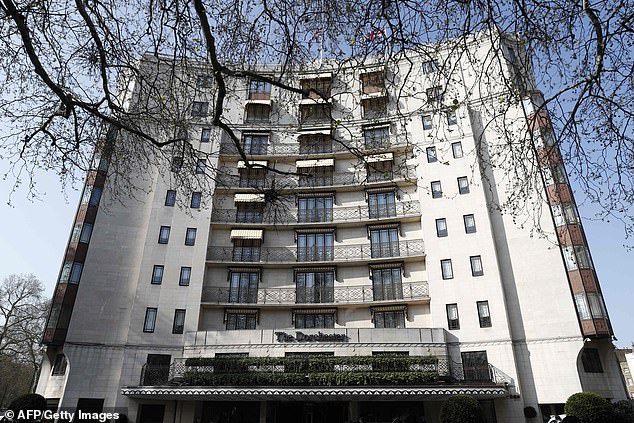 A string of high profile events are being moved from the Dorchester Hotel in London over its owner, the Sultan of Brunei’s decision to condemn gay people who have sex to death by stoning

The small Muslim-majority former British protectorate on April 3 rolled out further Islamic Sharia laws which punish sodomy, adultery and rape with death, including by stoning, and theft with amputation, sparking a global outcry.

The move prompted a corporate backlash after actor George Clooney and singer Elton John called for a boycott of hotels owned by the Southeast Asian country, including the Dorchester in London and the Beverley Hills Hotel in Los Angeles.

‘We’ve taken this stance to add our voice to the calls on Brunei to reverse this change in the law and in support of LGBTQI people everywhere,’ the company said in a statement.

Royal Brunei did not respond to requests for comment. 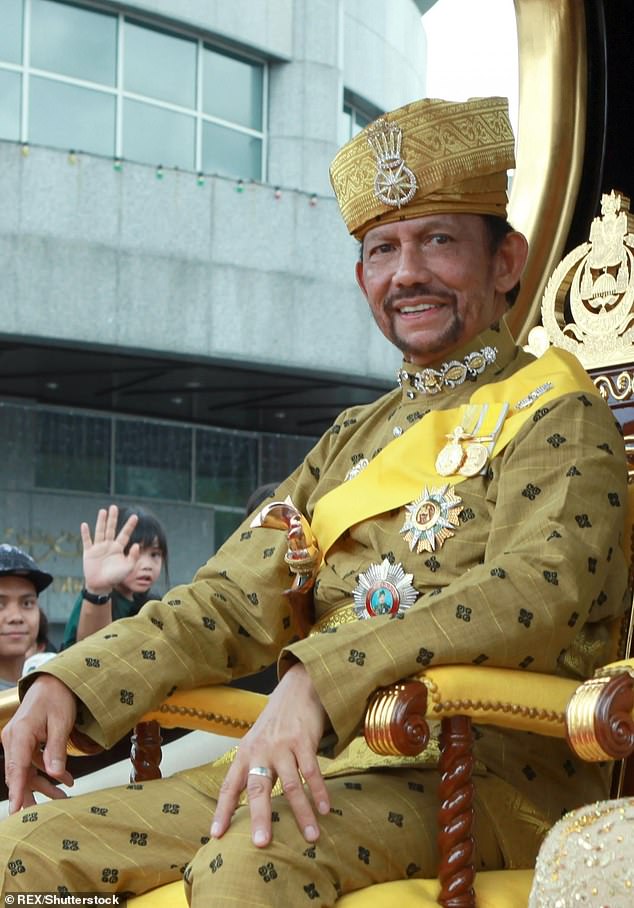 Transport For London (TfL), which is responsible for London’s transport system, said it was removing adverts promoting Brunei as a tourism destination from the city’s public transport network due to ‘great public sensitivity’.

Deutsche Bank banned its staff from staying in the nine luxury hotels of the Dorchester Collection, which is owned by Brunei’s state-owned Brunei Investment Agency (BIA).

BIA did not respond to a request for comment. The UK-based Sovereign Wealth Centre estimates the BIA has US$39 billion of assets under management.

The Dorchester Collection made a public appeal, saying its values were ‘far removed from the politics of ownership’.

‘We understand people’s anger and frustration but this is a political and religious issue that we don’t believe should be played out in our hotels and amongst our 3,630 employees,’ the Dorchester Collection said in a statement on its website.

But this did not prevent numerous organisations moving their events elsewhere.

British estate agent Knight Frank, property industry networking group Movers and Shakers, which has about 300 corporate members, and property investment company Landsec said they would not use Dorchester Collection hotels.

As well as owning the hotel group, the BIA holds about 4 percent of London-listed digital tech venture capital firm Draper Esprit PLC which it acquired in 2018.

Draper Esprit’s CEO Simon Cook said the company ‘naturally abhor’ the moves in Brunei but added the BIA bought shares on the open market and has no ‘influence either on our company culture or our investment decisions’.

The backlash also spread to universities.

More than 50,000 people signed a petition calling on Oxford University to rescind an honorary degree awarded to Sultan Hassanal Bolkiah, 72, the world’s second-longest reigning monarch and prime minister of the oil-rich country.

The university’s information office said they shared the international condemnation of Brunei’s new penal code and backed the United Nations’ call to stop this entering into force.

‘At present, the University has not taken any decision on rescinding the Sultan of Brunei’s 1993 Honorary Degree of Civil Law by Diploma,’ the university said in a statement.

49ers' Richard Sherman sidelined by hamstring pressure
The Marvelous Mrs Maisel hints at proposal flashback as Rachel Brosnahan films Season 2
The incredible tale of Bert Trautmann: from Hitler Youth to breaking neck in FA Cup final
Facebook profiles can be looked up using phone number you use ONLY for two-factor authentication
Ryanair 'tried to charge autistic boy a £25 fee for his comfort doll’
Momentum is 'breaking Electoral Commission rules on poll spending' by targeting the youth vote
Human remains found at home of Lori Vallow's husband Chad Daybell as he is taken into custody
Dan Carter shares video of proud Maori father teaching his tiny baby how to do the haka war dance