White House hopefuls are making their pitch to black voters today in at a conference that’s held annually by the Rev. Al Sharpton for civil rights activists.

The Sharpton event has become a must-pass through event for Democratic candidates eyeing the Oval Office. addressed the National Action Network conference in 2007. So did .

Sharpton insisted Friday that the conference is about highlighting and discussing racial injustice — if he wanted to make it about himself he said he would bring the candidates on his MSNBC program.

‘This is not about kissing my ring or Al Sharpton the kingmaker,’ he said. ‘Be not confused. I could have every candidate on my television show.’ 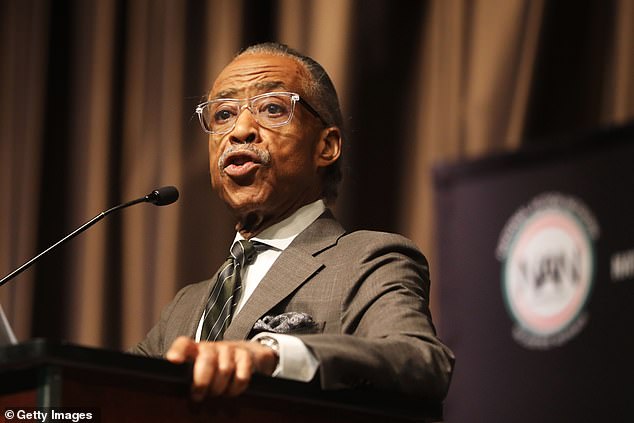 White House hopefuls are making their pitch to black voters today in New York City at a conference that’s held annually by the Rev. Al Sharpton for civil rights activists 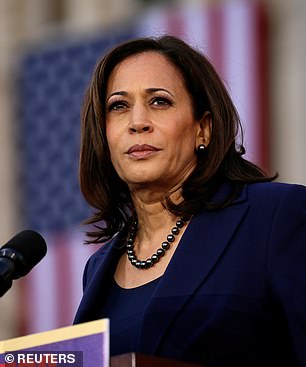 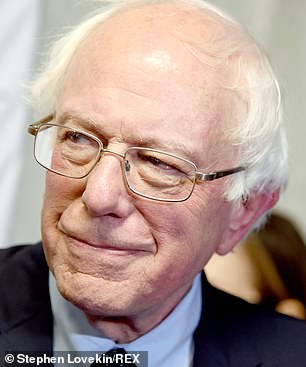 Former Vice President Joe Biden is speaking at an event in Washington, D.C. on Friday and is not scheduled to attend Sharpton’s conference in the New York.

The under-siege Democrat spoke at Sharpton’s annual King Day breakfast in January in Washington, though.

Candidates who have spoken this week have been put on the spot by Sharpton, who founded the organization in the early ’90s.

Pressed to back a bill sponsored by Rep. Sheila Jackson Lee that would create a commission to study the possibility of federal reparations for slavery, O’Rourke threw his support behind the measure.

‘I would sign that into law,’ he told Sharpton.

Jackson Lee says her bill would ‘make recommendations concerning any form of apology and compensation to begin the long delayed process of atonement for slavery.’

Former Housing and Urban Development Secretary Julian Castro, also from Texas, has endorsed the legislation, as well. Castro also spoke at the convention on Wednesday.

Warren and Booker, both of whom are speaking at the conference on Friday, have said they back the bill, too.  The senator from Massachusetts has called for a ‘national, full-blown conversation’ on the issue.

Other presidential candidates have been less clear about their positions on the thorny topic.

Harris has generically backed the idea of a study on the ‘effects of generations of discrimination and institutional racism’ that would seriously take a look at ‘intervention, to correct course.’

She did not address the topic in her remarks at Sharpton’s conference. Harris, who is half-black, spoke instead about raising teacher pay and gun violence prevention.

The freshman senator from California gently derided ‘supposed leaders in Washington, D.C.’ who she said are not doing enough to enact universal background checks and a renew the assault weapons ban.

Sharpton asked her directly about the reparations legislation and whether she’d sign it as president before he let her leave the stage. ‘Uh oh,’ a vocal audience member said, before Harris could answer.

But she said to applause, ‘When I am elected president, I will sign that bill.’

She did not elaborate or come by a press pin of reporters, where she could have been pressed on the subject.

President Trump has made extensive appeals to black voters, too, championing criminal justice reform and touting the historically-low unemployment rate among African-Americans.

He memorably told black voters in 2016 who might be hesitant to support him: ‘What the hell do you have to lose?’

Trump said this week at a White House event in celebration of the First Step Act, which passed with bipartisan support, that he doesn’t regret his pointed ask of black voters who typically support Democrats to back him, even if the way he did was crass.

‘And you’ve seen where I’ve said a lot because I’m very proud of it. And I said, ‘What do you have to lose?’ And people would say, ‘Well, maybe you shouldn’t say it.’ But I meant that because it was tough. African American unemployment is the lowest level in the history of our country right now,’ he stated.

Ex-girlfriend of alleged killer of Mollie Tibbetts tells why she turned up at his courtroom look
Baseball TV analyst Ron Darling under fire on social media for saying 'chink in the armor'
The secret to waking up fresh every morning revealed starts with a good old fashioned stretch
Robert Mueller's probe so far: Eight convictions, a jailed attorney and 25 Russians accused
How the Queen loaned precious jewels to Kate, Sophie and Camilla - but Meghan is now banned
Actor Whitney Moore condemns ex-boyfriend Max Landis for 'horrific, inhumane things' he did to her
Shocking moment man and woman brawl on New York subway before he drags her off
Flight chaos at Heathrow as electronic departure screens FAIL