Variety’s Power of Women event was filled to the brim with some of Hollywood’s most influential women.

One of then was 48-year-old Skinnygirl founder Bethenny Frankel who lit up the event.

The Real Housewives star kept it elegant in a white mini dress with gold heels. 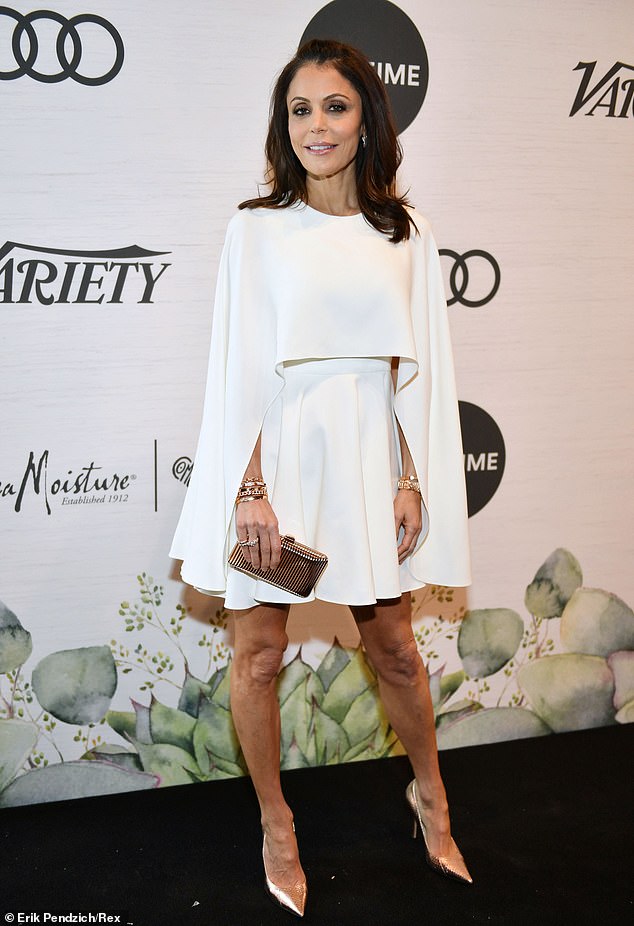 Turning heads: Bethenny Frankel, 48, showed off her toned legs in a chic white dress at Variety’s Power of Women event in New York on Friday

The event was celebrating the philanthropic women of Hollywood.

The New York Times bestselling author has donated her time and money to causes like the Breast Cancer Research Foundation, Children’s Health Fund and the Wish Upon A Hero Foundation.

Her bare legs peeked out from under her short all-white dress with a cape-like sleeve structure hanging off her shoulders. 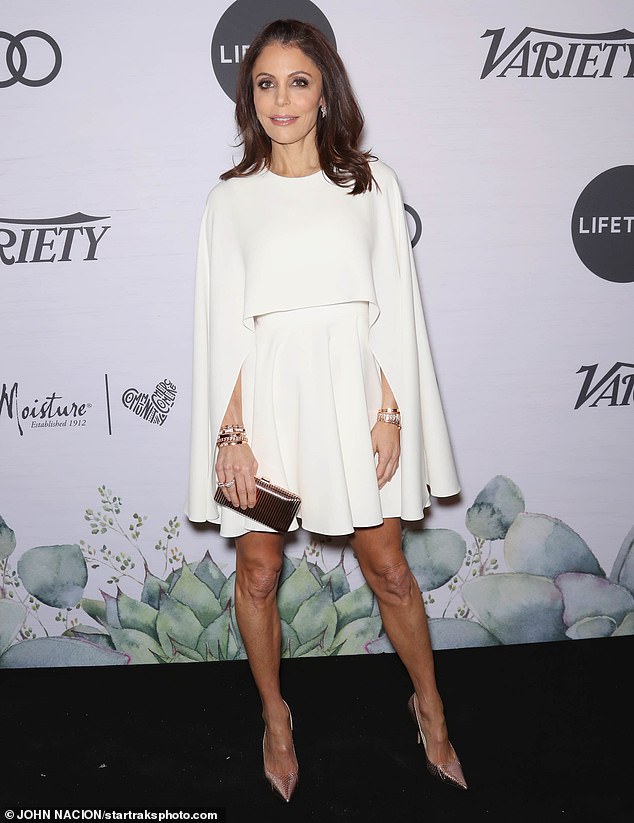 Glamourous: Celebrating the philanthropic women of Hollywood, Variety’s red carpet arrivals were covered in glitz and glam and Bethenny was no exception

Her fingers were covered in gold and diamond rings and her wrists were weighed down by numerous bracelets.

The mother of Bryn Hoppy, aged eight, pulled her bangs back but left the rest of her dark brown locks hang freely.

She arrived to the event wearing a matching white blazer trench coat. 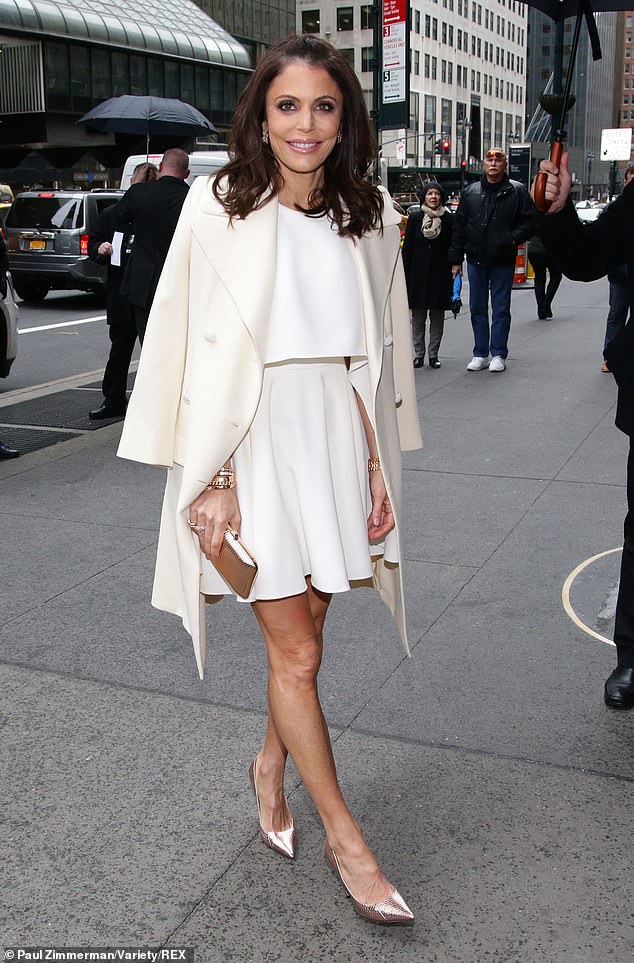 The designer’s appearance follows her opening up on her reality TV show with a grief counselor about her late boyfriend Dennis Shields’ death in August 2018.

On Wednesday’s episode, the mogul cried while speaking about her loss. 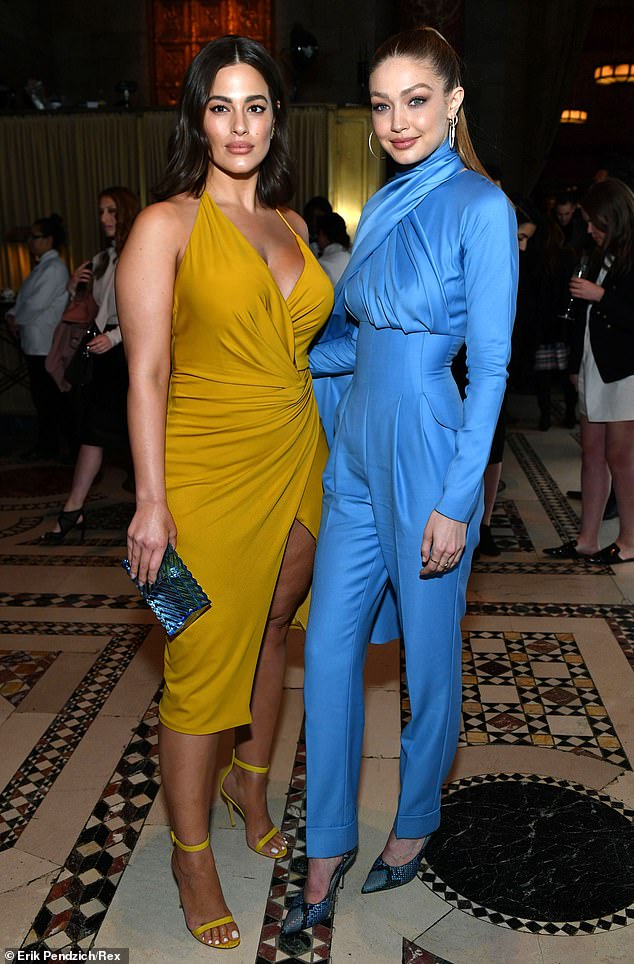 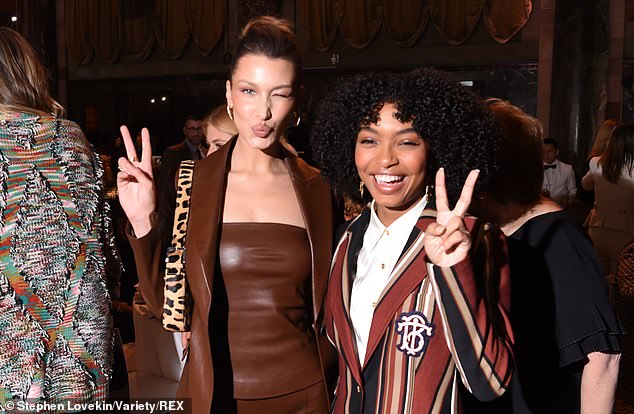 Beauties: Bella is seen here with Yara Shahidi as they flashed peace signs

Gigi and Bella took over the red carpet at Cipriani Midtown for the annual luncheon.

The eldest of the models was an honoree for her work with Unicef as she was honored alongside CNN chief international anchor Christiane Amanpour, Golden Globe-winning actress Taraji P. Henson, Grammy, Emmy, and Tony-winning Broadway icon Bette Midler, and Grammy-winning country music star Kacey Musgraves.

‘Women continue to use the power of their voices to speak out about injustices of all kinds — and they are finally being heard,’ said Claudia Eller, co-editor-in-chief of , in a statement about the event.

‘Our honorees this year have used their influence and platforms to push for change and passionately advocate for others.’ 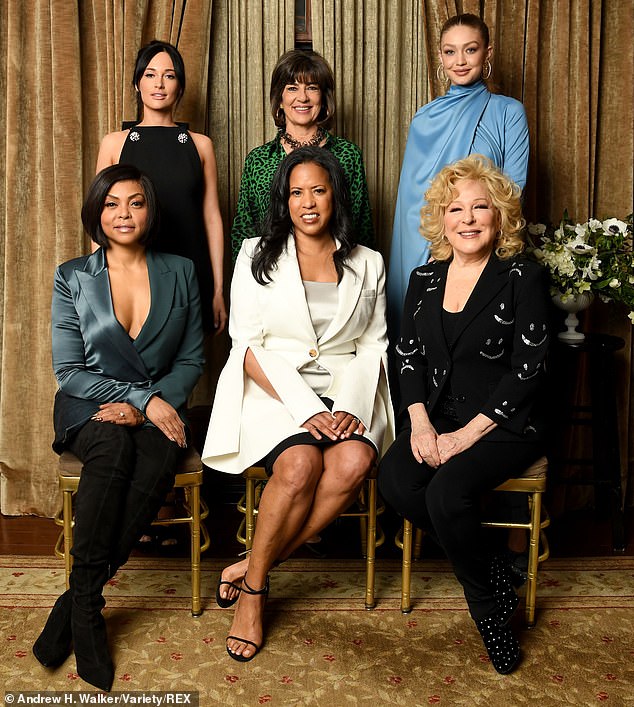 EastEnders' viewers shocked to discover Ian Beale rakes in £10K A MONTH
Bella Thorne flaunts her slender figure in a red string bikini as she lazes by the pool in Miami
Alicia Keys and her husband Swizz Beatz put on a very amorous display
Andy Lee felt guilty after Perfect Holiday challenge Hamish Blake
Christine McGuinness puts on a showstopping display at the Float Like A Butterfly Ball
Alesha Dixon, 41, puts on a leggy display in a blazer floral mini dress
Angelina Jolie donates $200,000 to NAACP Legal Defense Fund
Kate Garraway says husband Derek Draper may be locked in a coma 'forever'