A woman has shared a video of the moment she discovered a wolf spider crawling around her home – with hundreds of babies on its back.

Bessa Richards, who lives south of Sydney in Bowral, spotted the spider moving along her skirting boards on Monday, reported.

After making sure her dog and cat kept away from the arachnid, Ms Richards used a plastic container to trap the spider and put her on the bench.

She then noticed that something about the seven-legged spider looked unusual.

‘I thought maybe she was moulting and when I swapped her to a clearer container,’ she said.

It was then that Ms Richards realised the spider was actually carrying hundreds of tiny babies on her back.

‘That’s when I saw the tiny ones that had fallen off and her whole body started moving,’ she said. 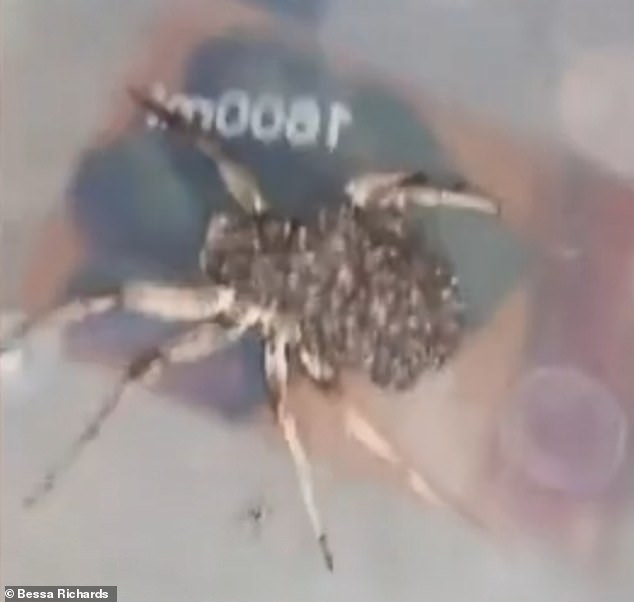 The woman put the spider – who was missing a leg – into a lolly container to trap it, but then noticed the swarm of baby spiders on its back

Ms Richards says she believes the spider may have been injured after giving birth – as it only had seven legs.

It’s not the first creepy crawly encounter the woman has had, saying she’s also caught four funnel web spiders since moving into her house just a year ago.

According to the Australian Reptile Park, the babies crawl onto the mother’s back after hatching, and can stay there for several months.

Once their fat reserves have been used up they need to start finding their own food. 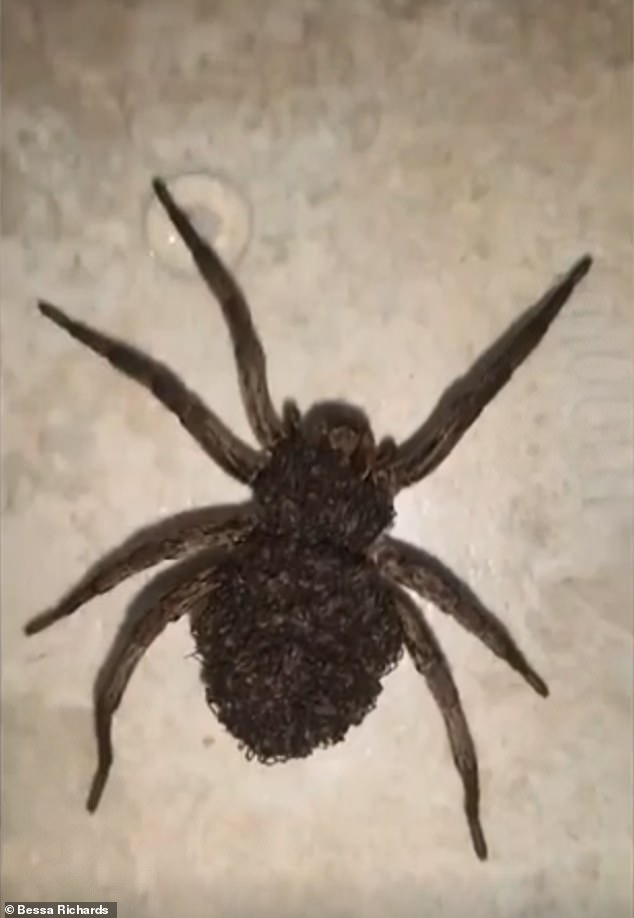