The sister of a bride-to-be who tragically died on her friend’s hen do has revealed her three children were told ‘mummy’s gone to heaven’.

Ruth Maguire, 30, who was due to marry her partner in August, died after falling into Carlingford Lough in County Louth on March 16.

Her body was found in the water between between Carlingford and Greenore two days later.

She was buried in her wedding dress at St Vincent de Paul Church in Ligoniel, north Belfast, last month.

Now her sister, Rachel Wilkinson, has revealed her children are absolutely devastated – and that her youngest, Oliver, five, doesn’t understand that she’s gone. 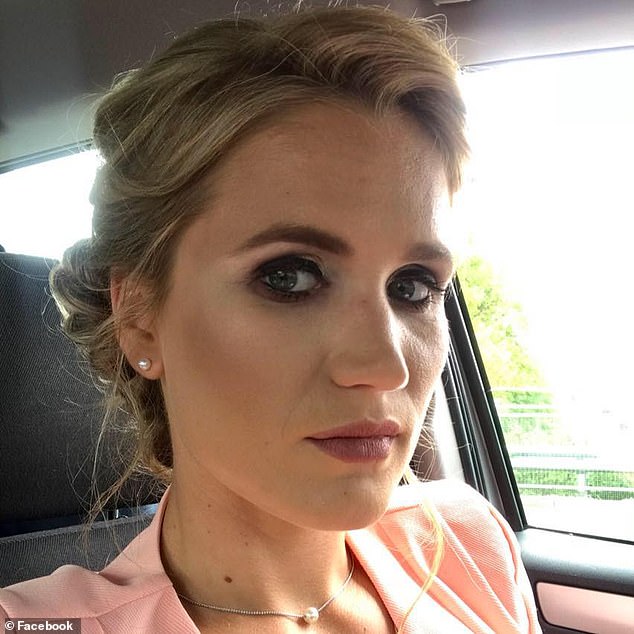 Ruth Maguire, 30, who was due to marry her partner in August, died after falling into Carlingford Lough in County Louth on March 16 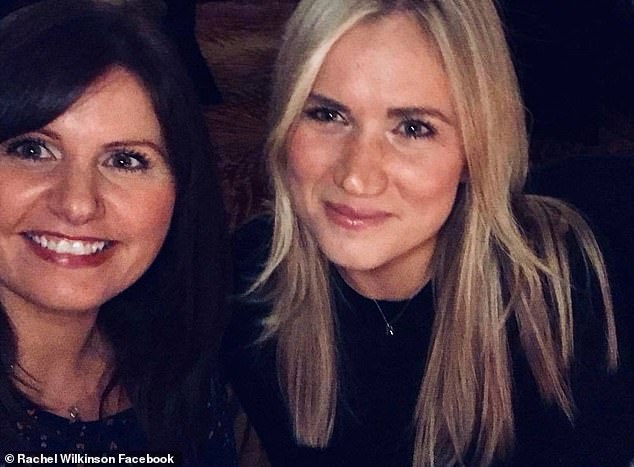 Her sister, Rachel Wilkinson, pictured together, has revealed her three children were told ‘Mummy’s gone to heaven’

She told Virgin Media Ireland: ‘Tyler is 10, Lydia is six and Oliver is five. I don’t think Oliver really understands.

‘Lydia is just trying to work it out in her head how it’s all going to work. “Who’s doing my hair for Irish dancing?” and she’s asking for things that belonged to Ruth.’

Ms Maguire, who lived in Newcastle, County Down in Northern Ireland, had rented a property for the weekend with friends just five minutes’ walk from Taaffe’s Bar.

On the night she went missing it is believed she told the doorman she intended to walk home to Newcastle, and at around midnight she posted a photo on Instagram with the Lough in the background.

By 11.30pm, the rest of the hen party were back in the house and realised Ruth was not with them. 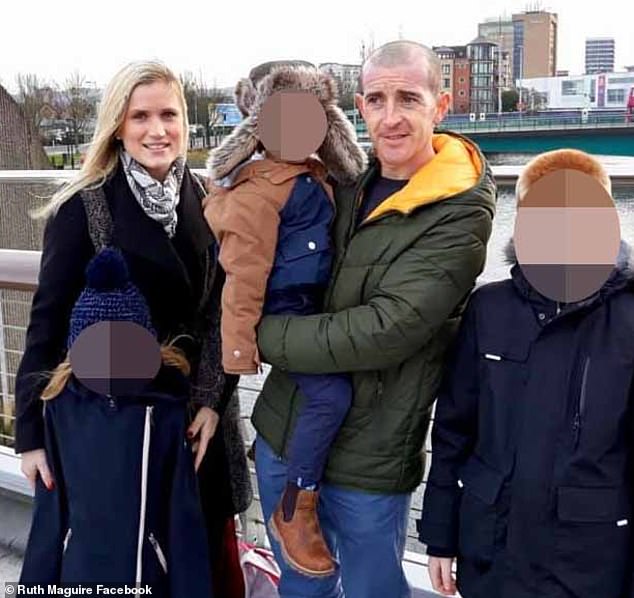 Ms Maguire, pictured with her partner James Griffin and their children, was buried in her wedding dress last month 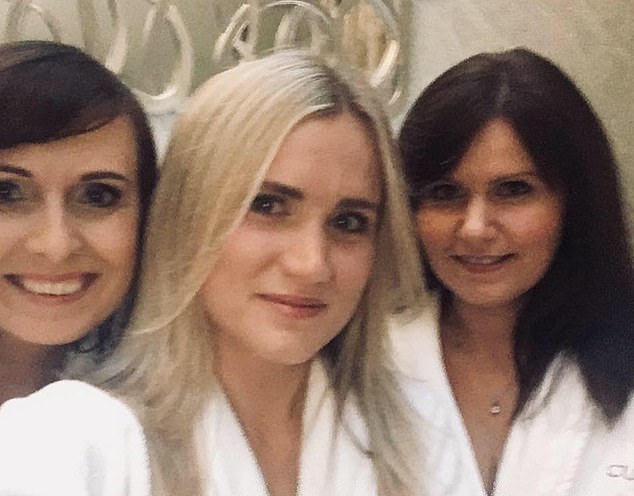 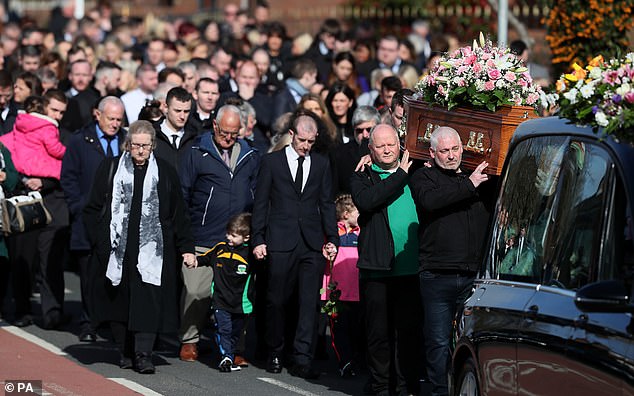 Pictured: the family of Ms Maguire follow her coffin as it is carried from Saint Vincent de Paul church after a poignant service

Her friends started searching for her immediately after realising she was missing.

They then raised the alarm, prompting a much wider search by police, the coastguard and members of the public.

Ms Wilkinson added: ‘It hasn’t sunk in yet. I don’t think any of us really are getting the reality of this that Ruth’s gone.’

In the interview, she confirmed all three children had been told ‘mum’s gone to heaven’.

Hundreds of tearful mourners attended the funeral service last month, where Ms Maguire’s coffin, covered in flowers, was carried by her partner James Griffin and followed by her three children.

Friends have described Ms Maguire as ‘the most loving, hardworking and caring mother to her three beautiful children’ who, along with her partner, ‘worked tirelessly to give their children the best that they possibly could in life’.

Speaking after her body was recovered on Monday, her fiancé James Griffin paid an emotional tribute, writing on Facebook: ‘Ruth wasn’t just my partner, she was my soul mate. Stay safe love always James and your three beautiful children.’

Chilling CCTV final night of mother-of-two, 33, dancing alone at 3.30am in nightclub
Kanye West's pal Jonathan Cheban gives his Yeezy sneakers a break in favor of Nike React shoes
Weight loss guru calls for Great British Bake Off to be banned
How Britain will remember today: Your definitive guide to the commemorations
Meghan and Kate both recycle dresses for the Queen's Christmas lunch at Buckingham Palace
Sailing couple were almost crushed to death by Isle of Wight ferry
Brexit delay: May makes plea for more time from EU
Coronavirus UK: Rishi Sunak unveils £330bn business bailout