He had previously spoken out in support of Fuller House castmate Lori Loughlin amid her college admissions bribery scandal.

But Bob Saget appeared like he may have had a change of heart after sharing – and then subsequently deleting – a cryptic post about ‘lying’ on Wednesday.

‘So many people are lying these days, maybe they should change the tests in school to “false or false,”‘ the longtime stand-up wrote, before later wiping the tweet from the web.

Saget’s comments come on the same day Loughlin appeared at a court in Boston to face charges in connection with a massive college admissions scam. 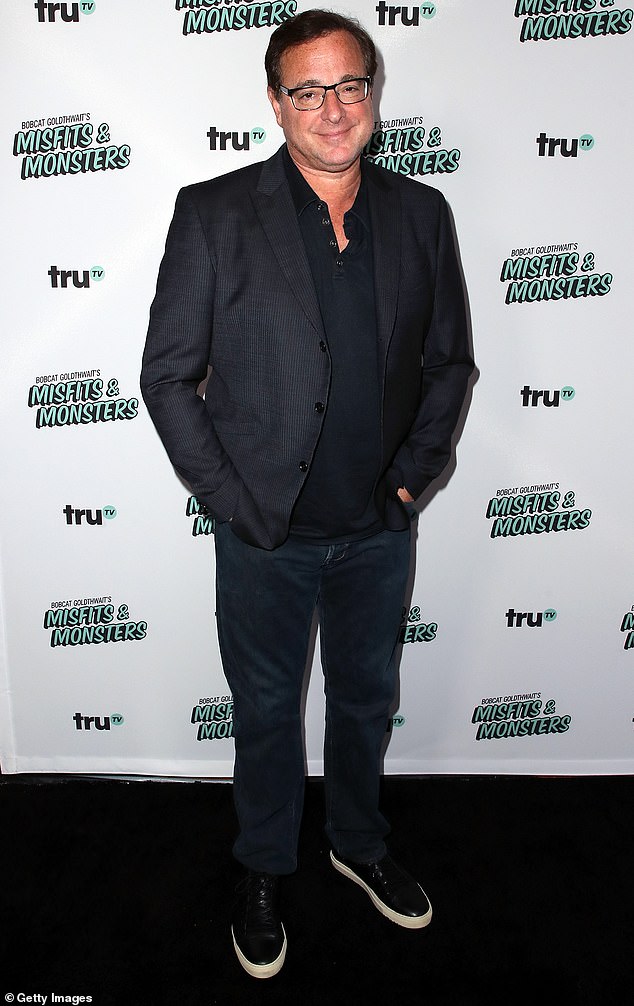 Reading between the lines: Bob Saget (above 2018) shared a cryptic tweet about ‘lying’ on tests Wednesday, the same day Fuller House co-star Lori Loughlin appeared in court regarding the massive college bribery scandal

Lori along with fellow actress Felicity Huffman were just two of the 50 parents indicted in the scam.

Neither have made statements about the scandal, since it emerged last month.

The 62-year-old actor and comedian revealed on Friday that he isn’t abandoning the 54-year-old indicted actress. 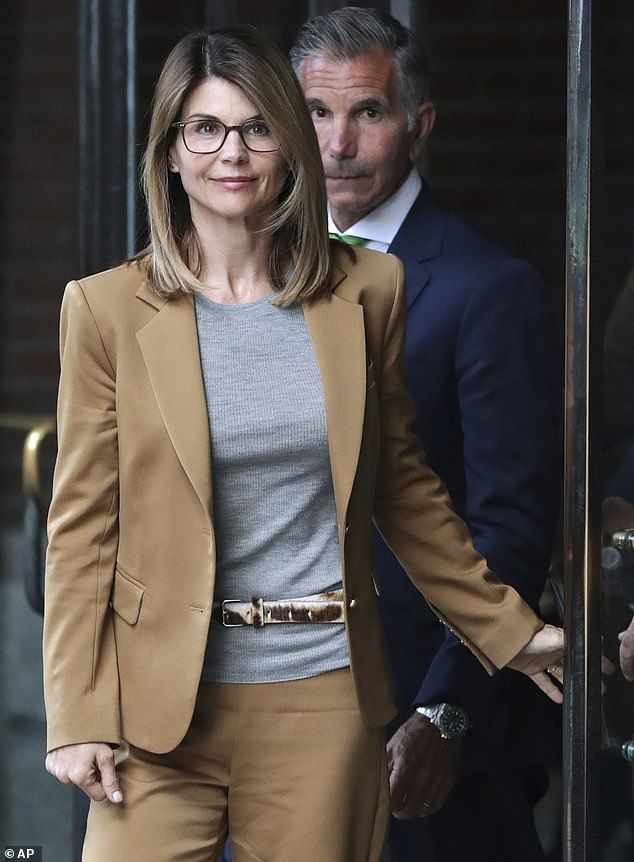 Facing the music: Saget’s comments come on the same day Loughlin appeared at a court in Boston to face charges in connection with a massive college admissions scam 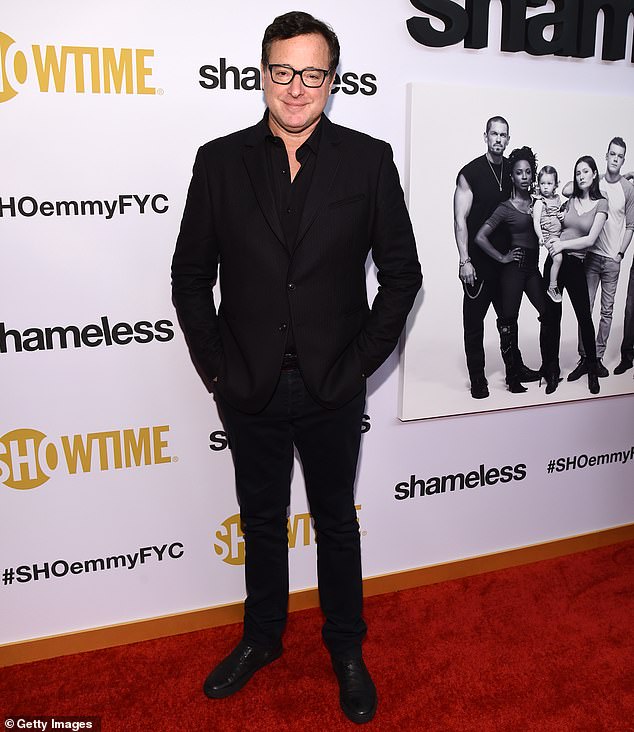 ‘You love who you love in your life,’ he told when asked his feeling on Lori’s criminal charges.

‘I love who I love. Candace said it really good at the Kids’ Choice Awards,’ he added, referring to Candace Cameron Bure. ‘You love who you love.’

The comedian, who’s famous for his blue humor when he’s not on the family friendly program, was noncommittal.

‘I’m on the team of people that I love. But life’s complicated. I don’t like talking about it,’ he concluded. 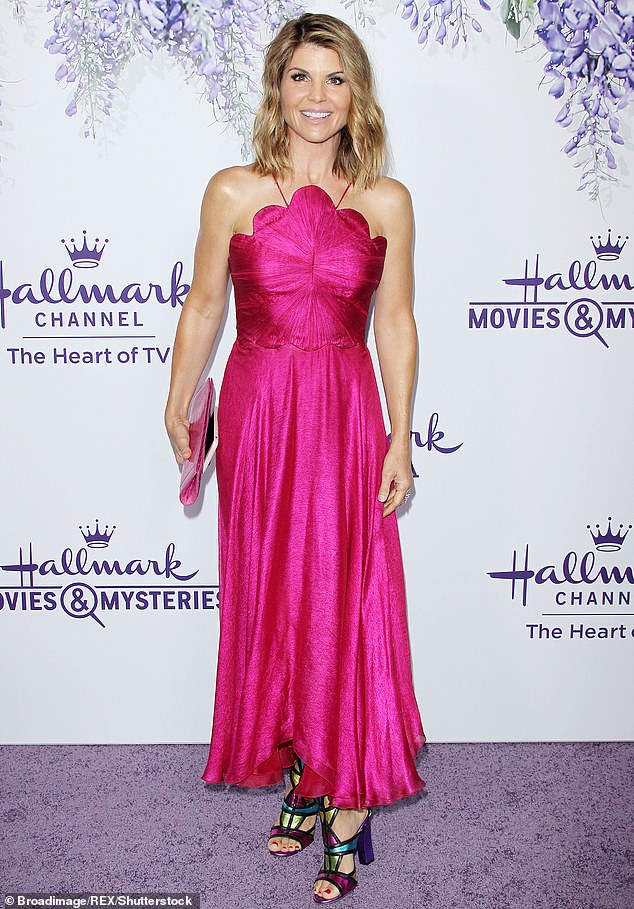 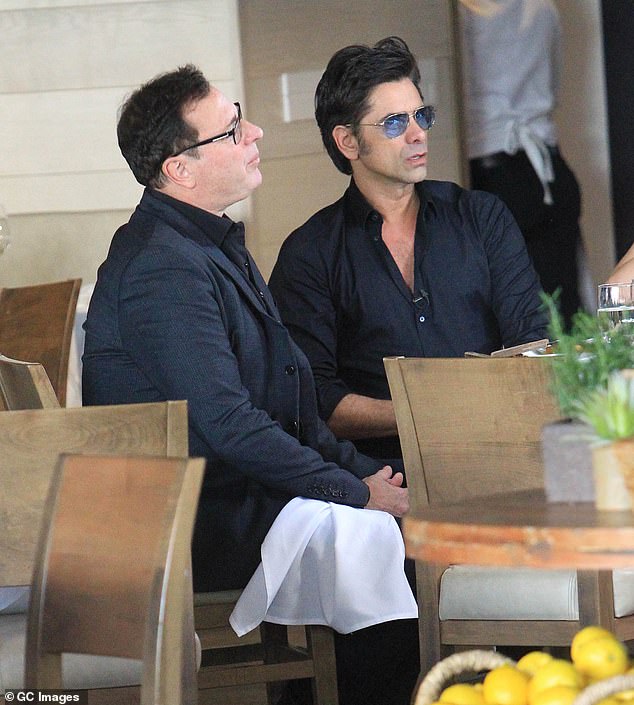 Staying mum: Bob explicitly refused to comment on whether the Hallmark Channel star should see the inside of a jail cell; pictured with John Stamos on March 28

On March 23, the cast of Fuller House won the award for Favorite Funny TV Show at the Kids’ Choice Awards. While accepting the award, Candace seemingly gave Lori a vote of confidence on behalf of her castmates.

Though the blue comedian and his co-star both seemed to support Lori, they notably refrained from weighing in on the substance of the allegations against her.

Bob also explicitly refused to comment on whether the Hallmark Channel star should see the inside of a jail cell. 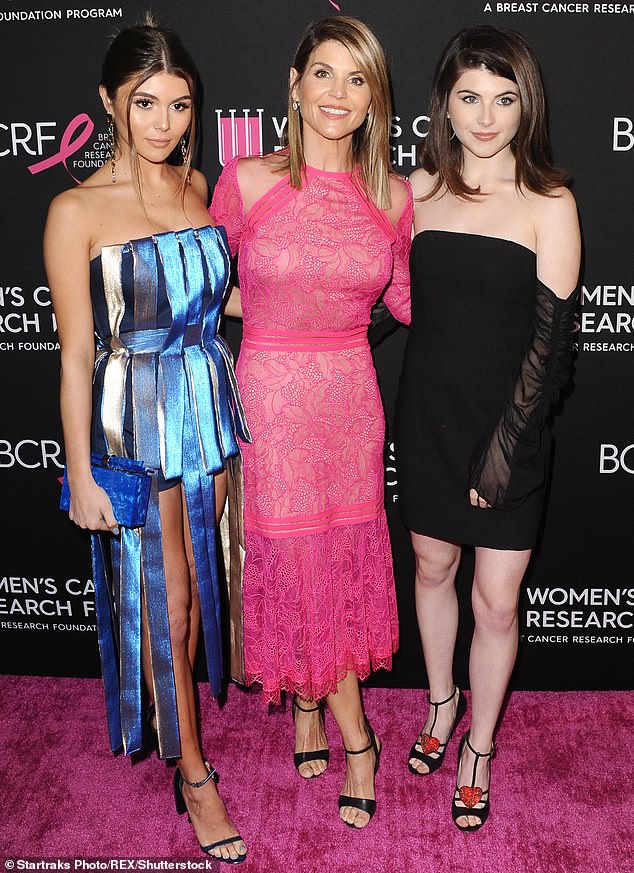 Scandal: Lori was one of 50 individuals charged in the recent university cheating scandal, along with her husband; pictured with Olivia Jade (L) and Bella (R) on February 28

Lori was one of 50 individuals charged in the recent university cheating scandal.

Prosecutors accused her and her husband, clothing designer Mossimo Giannulli, of paying $500,000 to a firm that helped mislead the University of Southern California’s admissions committee into believing their daughters would be attending to compete on the rowing team.

In reality, neither Olivia Jade, 19, nor Bella, 20, had ever trained as rowers. Neither ever participated on the team once admitted.

It’s not clear if college was ever a priority for Olivia Jade, who moonlighted as a social media influencer.

In an interview with fellow YouTuber  that predated the controversy, Olivia admitted that she never wanted to go to college but was forced to by her mother. In fact, she had wanted to drop out of high school during her senior year.

‘I don’t even know why I’m going to college,’ she said at one point, before quickly adding, ‘No, I’m kidding.’

In a later video posted to her own  channel, the makeup star didn’t seem particularly interested in attending her classes.

‘I don’t know how much of school I’m going to attend but I’m going to go in and talk to my deans and everyone and hope I can try and balance it all. But I do want the experience of game day and partying, I don’t really care about school. As you guys all know.’

The degree to which officials at USC were aware of her college history isn’t clear.

According to , Olivia Jade was relaxing on the yacht of businessman Rick Caruso, who also happens to be the president of USC’s Board of Trustees. She was their at the invitation of his daughter during spring break. 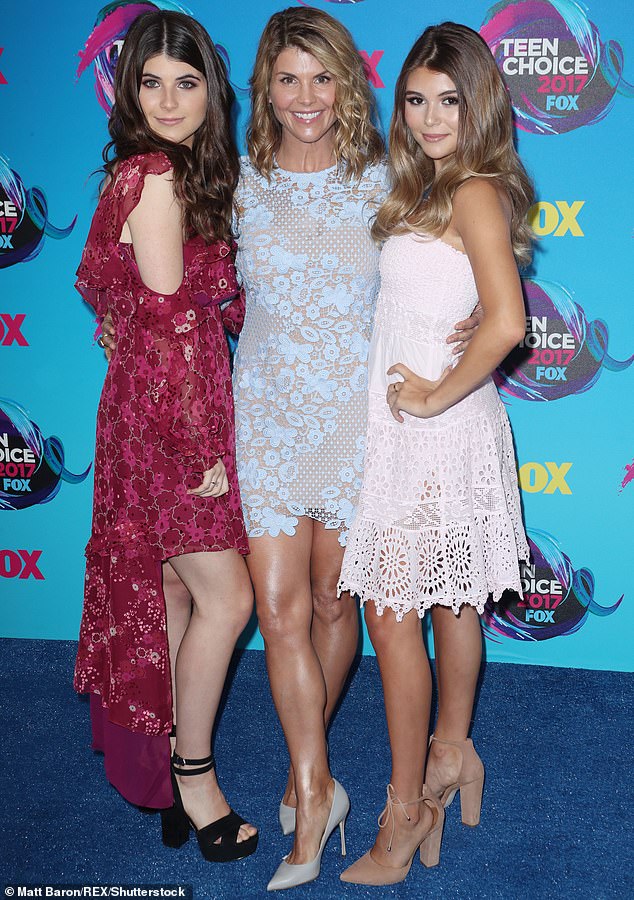 Didn’t ask for it: It’s not clear if college was ever a priority for Olivia Jade, who moonlighted as a social media influencer, based on her many videos belittling the entire concept; pictured in 2017