Three ex-Penn State fraternity brothers have been sentenced to jail for their roles in the hazing-related death of a pledge two years ago.

The minimum sentences handed down to them on Tuesday ranged from 30 days to three months in prison.

A total of 28 members of the now-shuttered Beta Theta Pi house at Penn State faced charges at one point after Piazza died in February 2017 during the fraternity’s pledge bid acceptance night.

Piazza, an engineering student from New Jersey, drank 18 alcoholic drinks in just under 90 minutes during the pledge night and was fatally injured in a series of falls. 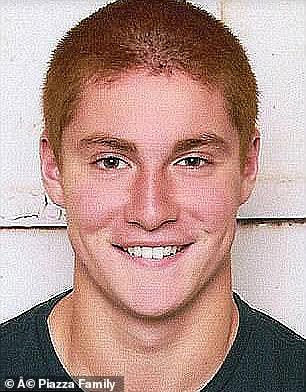 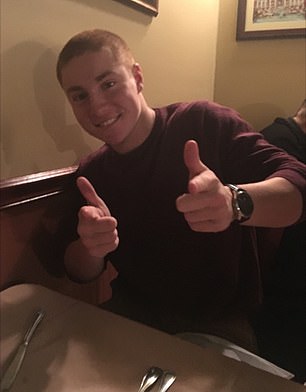 Tim Piazza, 19, died after consuming 18 alcoholic beverages in just under 90 minutes during the hazing ritual in February 2017 while pledging Beta Theta Pi at Penn State

Surveillance video showed Piazza falling down the basement stairs before he was carried back up and placed on a couch.

Piazza suffered severe head and abdominal injuries, but help was not summoned until the following morning. He later died at a hospital.

The ex-district attorney had pursued involuntary manslaughter and aggravated assault charges against some of the students.

However, judges dismissed some of those allegations and prosecutors withdrew others.

Of the dozens of students charged, Bonatucci, Visser and Kurczewski are so far the only ones who have been given jail sentences, the reports.

Kurczewski pleaded guilty to conspiracy to commit hazing, hazing and furnishing liquor to a minor. He was sentenced to between three to nine months.

Prosecutors said he set up the beer pong station, carried beer into the frat house and gave beer to at least 10 pledges, including Piazza. He was also at the bottom of the stairs when Piazza fell into the basement. 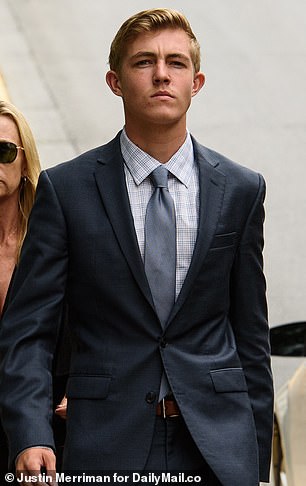 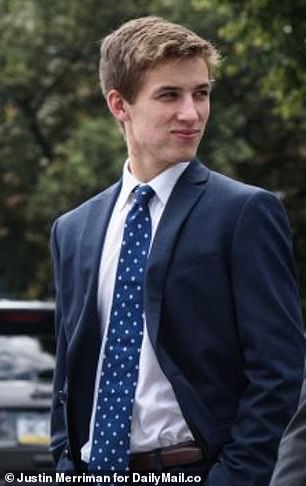 Michael Bonatucci, 21 and Luke Visser, 21, were two of three ex-Penn State fraternity brothers who were sentenced on Tuesday in relation to Piazza’s death 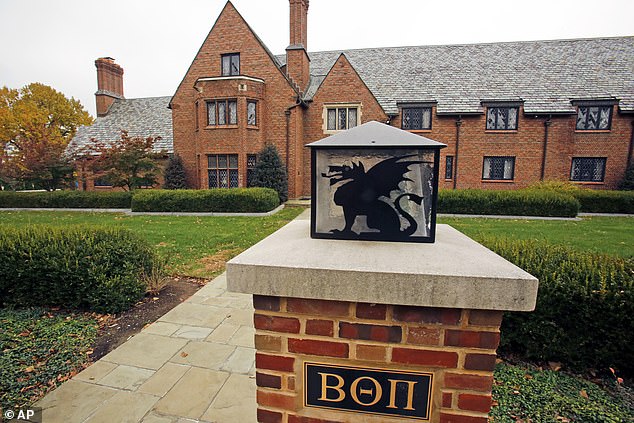 Bonatucci, who pleaded guilty to three counts of hazing and one count of conspiracy to commit hazing, ran the beer shotgun station. He was sentenced to between 30 days and six months.

Visser pleaded guilty to six counts of hazing and one count of conspiracy to commit hazing. Prosecutors say he took photos of the victim when he was unconscious on the couch. He was sentenced to between two to six months.

‘Today was a significant step forward in the long road to justice for the parents of Tim Piazza with the sentencing of three individuals to prison for admitted conspiracy to haze their son,’ the Piazza’s family attorney Tom Kline said after the sentencing.

The others who have previously been sentenced have generally received probation and community service. Six others have entered a state program designed for first-time, nonviolent offenders that will likely leave them without criminal records. Two former defendants no longer face any charges.

Piazza’s parents reached an undisclosed settlement with the fraternity follower their son’s death.

They are also suing the 28 fraternity members, as well as the security company hired to help enforce alcohol regulations. 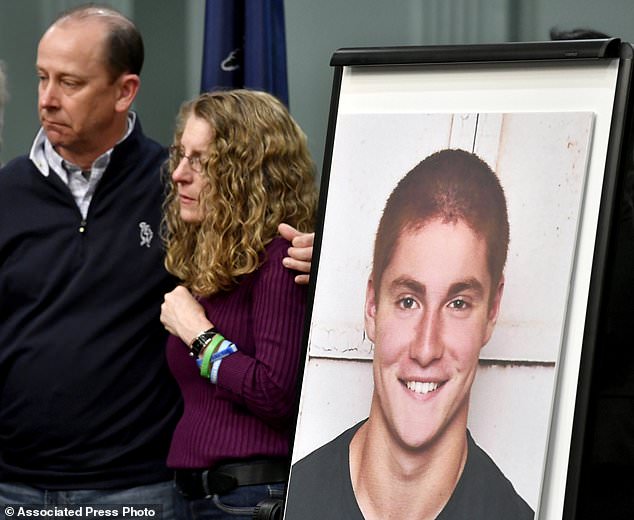 4 lifeless and 10 injured in mass taking pictures in Florida throughout Madden on-line gaming event
Major gas line problem causes 50 EXPLOSIONS in homes outside of Boston
CDC launches task force for polio-like disease as MORE cases emerge
Adorable moment a young bear takes a paw to the jaw as a play-fight erupts in Alaska
US veteran who received world's first penis transplant reveals it's the 'best decision he ever made'
Prince Harry and Meghan Markle's royal wedding photographer Alexi Lubomirski talks about new photo
Coachella 'has been postponed until October' amid coronavirus fears
New unemployment claims reach 5.2 million in a week