A Mississippi man was arrested after he posted a video of himself driving across in excess of 180 miles per hour.

The latest footage he posted shows him counting up as he increases speed, at one point to 180 miles per hour, while he drives across Spillway Road from Rankin County to Madison County. 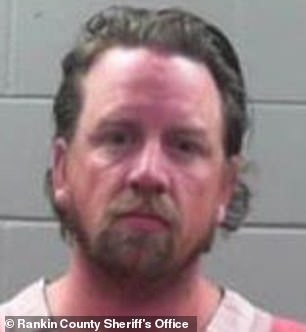 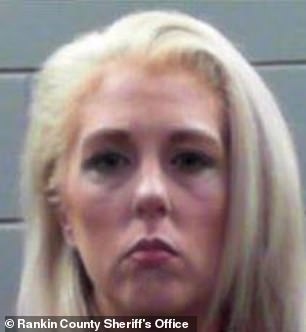 Beau Alan Rogel, 38, (left) was arrested after posting a video of himself driving in excess of 180 miles per hour. His wife Christina, (right), was arrested for disorderly conduct after she attempted to block police from arresting Beau Rogel

In a previous video posted by Rogel, he is stopped by Rankin County Deputies after driving recklessly on Old Hwy 471.

He can be seen and heard on the video denying the actions he had just recorded.

YouTube is not the first means of social media used by Rogel to incriminate himself, according to police.

In some of the threads, he is trying to sell or trade weapons and in others he is simply displaying the weapons.

The live video and photos posted to social media led to a search warrant Monday for his house and vehicle, the news statement said. Rogel’s wife, Christina Ann Rogel, and children were there, but he was not.

A statement said: ‘Based on the photos posted by ROGEL of his weapon possession and his video of himself operating his vehicle in such a reckless manner, a search warrant was issued for his residence and vehicle.

‘When deputies arrived at his Rankin County home to execute the search warrant, Rogel was not home, but his wife and child were present.’

His wife, Christina, 35, was also arrested on the scene for disorderly conduct and resisting arrest.

This was after she attempted to block police from executing a search warrant and lied about Rogel’s whereabouts in an attempt to help him avoid arrest.

While on scene executing the search warrant, Rogel drove up and was arrested without incident.

The 2017 Ford Mustang he was driving during the YouTube video was also seized in order for investigators to download data from the vehicle’s onboard computer. 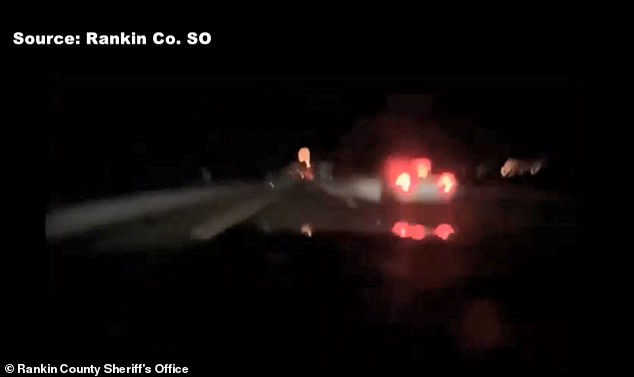 Footage Rogel posted shows him counting up as he increases speed, at one point to 190 miles per hour, while he drives across Spillway Road from Rankin County to Madison County 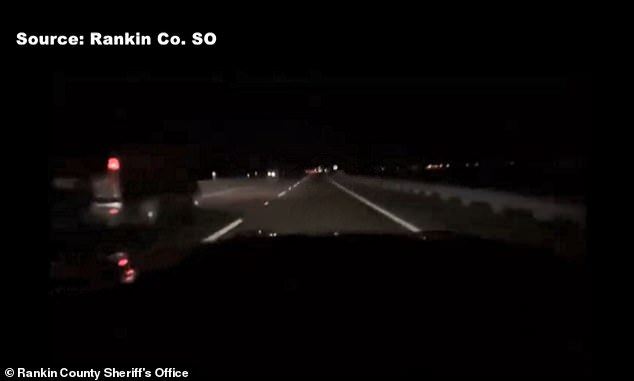 He was given a $20,000 bond for his charge of possession of a firearm by a convicted felon.

Christina Rogel received a $2,000 bond in Rankin County Justice Court for her charges.

In January 2018, Rogel contacted the Sheriff’s Department in reference to his vehicle being stolen in addition to cash and a handgun.

He was sentenced to six years in prison in 2010 for a 2009 Rankin County embezzlement charge.

Cops said that Rogel has an extensive criminal history with felony arrests in, Colorado, Texas, Florida, and Mississippi for larceny related charges.