The fast-food chain announced on Thursday that they are offering new limited-edition Churro Donuts — and the sweet treat only costs $1. The only downside is that they aren’t currently available nationwide.

The Churro Donuts are being tested at Taco Bell locations in Kansas City, Missouri, but if the reaction on is any indication, they’ll be going mainstream soon enough. 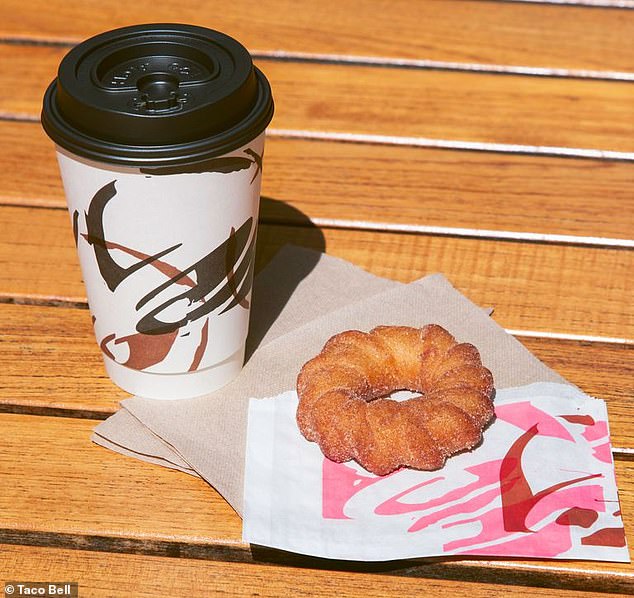 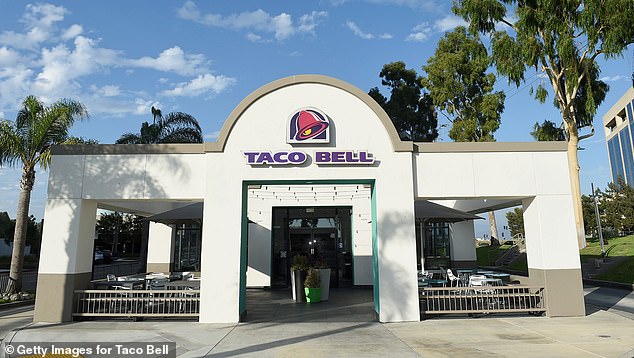 Select city: The Churro Donuts are being tested at Taco Bell locations in Kansas City, Missouri, and are not yet available nationwide (FILE PHOTO)

Each circular churro is deep fried golden brown and dusted with cinnamon sugar, a combination that is certainly hard to resist.

Taco Bell boasts that the sweet treat is ‘everything you know and love about a churro in the shape of a donut.’

The creation is available to order a la carte during breakfast operating hours in Kansas City, and some locals are feeling honored to be a part of the test run.

‘Feeling very blessed that Taco Bell has decided that Kansas City is a worthy market to test the Churro donut,’ a woman named Katie tweeted. 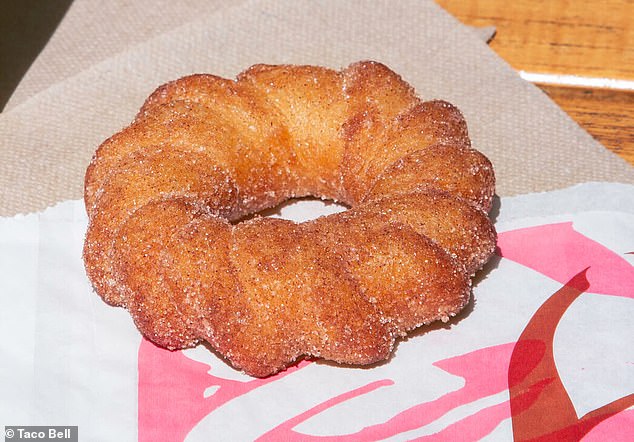 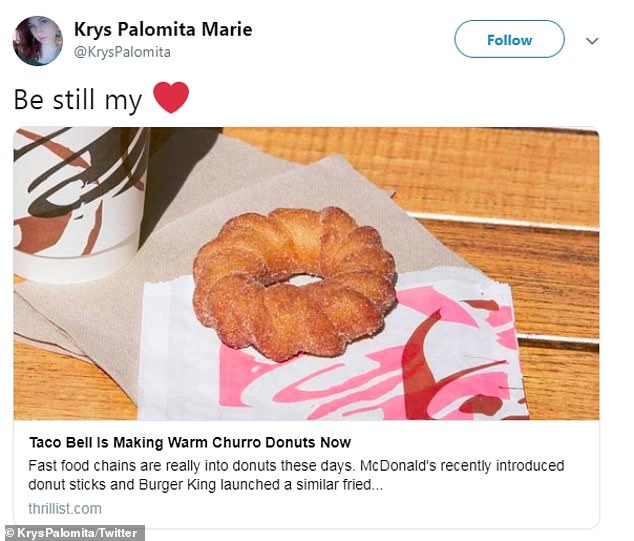 Others are desperate to try out the donuts for themselves.

‘Be still my [heart emoji],’ one person wrote, another added: ‘This might be a good reason to make a run to Taco Bell.’

Someone else begged: ‘Hey @tacobell please test the churro donuts in my house.’

Taco Bell fans may want to appreciate what they got before it’s gone.

The chain’s limited-edition Nacho Fries, which were made available nationwide in January 2019, are leaving the menu in early April.

Anyone craving some Nacho Fries should call their local Taco Bell to see if they are still being served, as they are only available while supplies last.