President has no ‘specific timeline’ for the border clamp down he said he’d authorize unless takes action to ‘immediately stop ALL illegal .’

He said in a Friday tweet, that if his conditions were not met, ‘I will be CLOSING the Border, or large sections of the Border, next week.’

‘We’ll keep it closed for a long time. I’m not playing games,’ he told reporters later in the day.

His spokeswoman admitted Tuesday, as she spoke to reporters outside the White House, that Trump doesn’t actually have a day in mind to shut the border down, though. 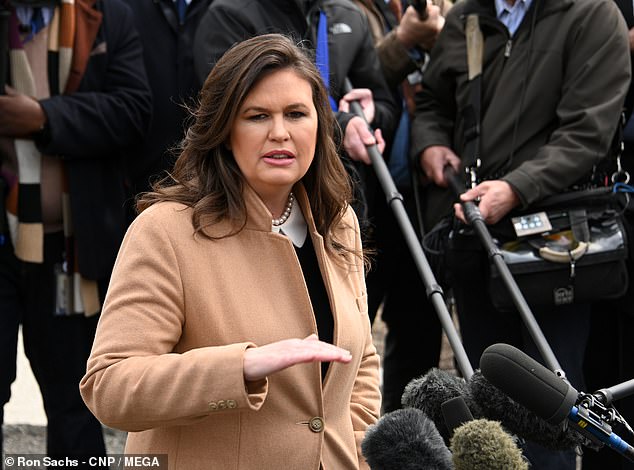 Trump has been claiming since October of last year that he will close the border if illegal immigrants continue to enter the U.S. at record rates.

He said Friday, as he spoke to reporters during a dike tour in Florida that he’s not playing around.  His chief of staff warned Sunday that Trump isn’t bluffing.

If the border were to totally shut down it would hamper tourism and trade. Trucks delivering goods would be barred from traveling between the United States and Mexico.

While it is impossible to estimate the total economic costs of a border closure, experts are predicting losses in the billions.

In 2017,  the U.S. and Mexico did $558 billion in business with one another. Mexico is the United States’ third largest trading partner after Canada and China.

It remains unclear what legal authority Trump has to close the border, in any case, and the White House was not able to answer the question on Tuesday.

‘The Democrats are leaving us absolutely no choice at this point,’ Sarah Sanders said. ‘We’ve already had to move roughly 750 personnel from ports of entry.’ 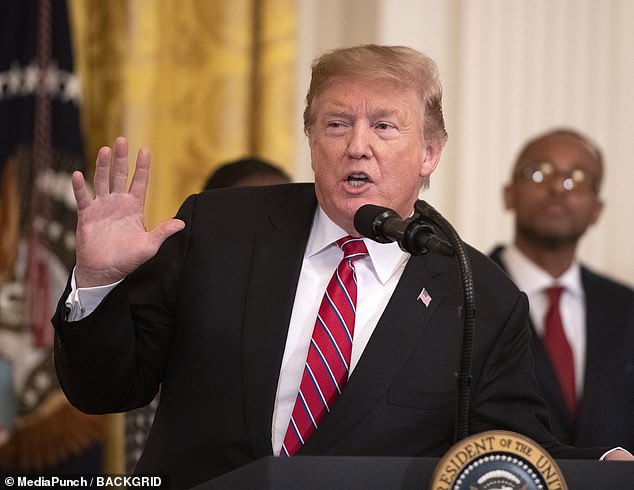 Trump has been claiming since October of last year that he will close the border if illegal immigrants continue to enter the U.S. at record rates 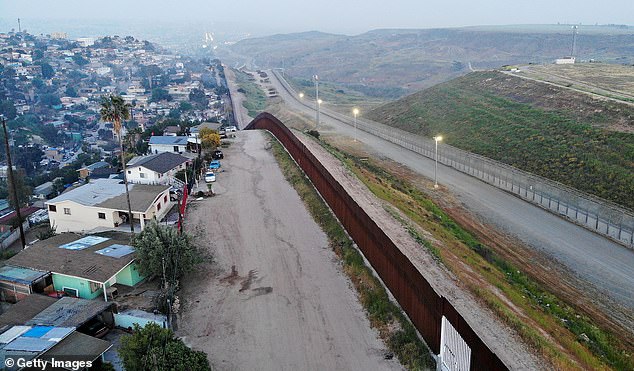 ‘We’ll keep it closed for a long time. I’m not playing games,’ he told reporters on Friday

It forces the lines to go longer ‘and eventually maybe that it’s the best decision that we close the border,’ she warned after a television hit.

‘This isn’t our first choice,’ she noted.

The president would prefer to sit down with Democrats and fix the problem, she insisted.

On the economy, she said, ‘He certainly doesn’t want to hurt that but the the same time his number one job as president is to protect life, protect Americans.’

Asked about a date of closure, she admitted that Trump doesn’t have one.

‘The president’s not working on a specific timeline,’ she said. ‘He’s working to look at all of the options on the table, We’re hoping that Mexico will continue to step up like we’ve seen them them do over the last couple of weeks we hope that continues, and we can work with them so that we don’t have to do that.’

Trump also threatened to cut off aid to Central America, including non-governmental organizations, until migrants from the countries stop forming caravans to America.

The State Department said Friday evening that it had halted the flow of money to programs designed to improve conditions in the country.

He acknowledged in a Tuesday tweet that Mexico had stepped up its apprehensions of illegal immigrants from those countries. He did not repeat his threat about the borer closing, suggesting that he was appeased for now with the neighboring country’s efforts.

‘After many years (decades), Mexico is apprehending large numbers of people at their Southern Border, mostly from Guatemala, Honduras and El Salvador. They have ALL been taking U.S. money for years, and doing ABSOLUTELY NOTHING for us, just like the Democrats in Congress!’ he said

Uber ‘begins process of filing for an IPO’ in race to beat rival Lyft onto Wall Street
New York beats out London as the world's center of finance, study finds as Brexit is blamed
PlayStation Network is DOWN: Users around the world report they can't login
Shocking moment Ohio homeowner 'catches two looters filling their truck with her belongings'
Apple-shaped women twice as likely to suffer heart attacks as pear-shaped females
Suits creator reveals he didn't ask Meghan Markle to appear in the series finale
Ancient 'lost city' of Khmer Empire is found in Cambodia by scientists using aerial scanning
George Stephanopoulos tests positive for COVID-19 but has NO SYMPTOMS despite Ali Wentworth illness