This week we are introduced to Freddie and Rosi. No, they’re not a pair of CBeebies presenters, they are the latest new additions to the cast.

It’s heinous. Within 4 seconds they have said ‘dahling’ twice, then one of them gets measured for a kilt and recounts the thrilling time he walked up a mountain drinking rosé ‘like it was water’. 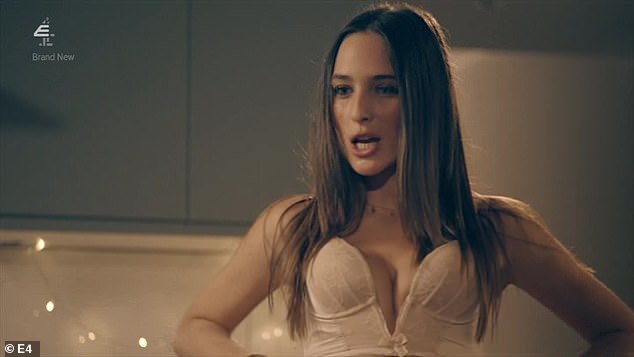 Saucy: Maeva stripped down to her lingerie for Miles after he tempted her with his chocolate fondue on Monday night’s Made In Chelsea 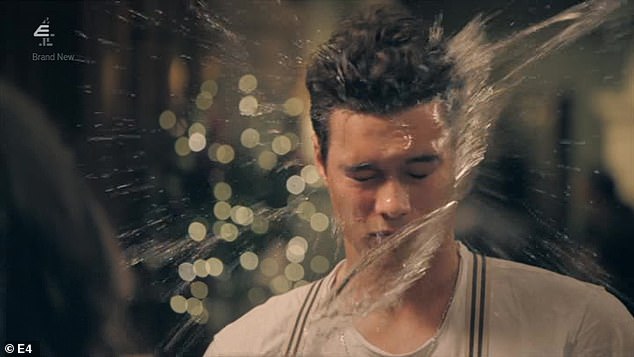 Wet! But things soon took a VERY nasty turn for the fledgling Lothario

Freddie, pipe down. We don’t need you, we’ve got Mark Francis, and you aren’t him. Your smug tales of mountaineering in white tie doesn’t impress us.

Just when you think this can’t get any worse, he utters the sentence: ‘We got completely FUBAR.’

‘What’s FUBAR?’ You might well ask, Rosi! Because we all thought it was a radio station presented by Lizzie Cundy. Alas, it supposedly means ‘f**ked up beyond all recognition’.

Freddie then explains that he also once spent half an hour crawling through a bush – which is presumably where the MIC casting director first found him. 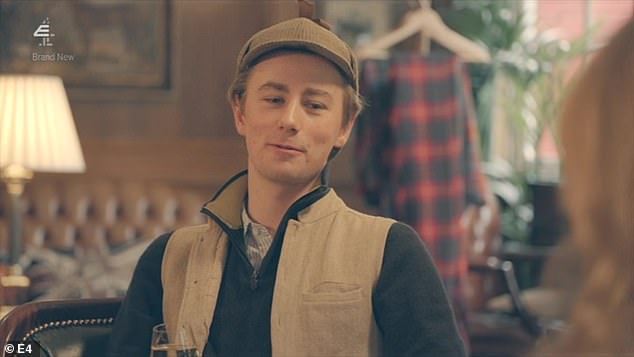 No no no! This week we are introduced to Freddie and Rosi. No, they’re not a pair of CBeebies presenters, they are the latest new additions to the cast 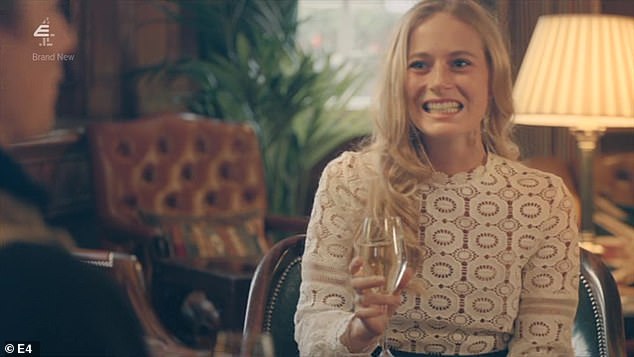 These two need to get in the bin. Yesterday.

Having met at the DNA talk last week, these two are now inexplicably focusing their attentions on Verity – who, despite being new, is more than welcome to stick around after that Freddie and Rosi scene.

Jamie and Mytton are using Verity as some sort of personal project, after James told her at Sophie’s birthday that she was ‘easy’, whilst clutching at his cheeks. 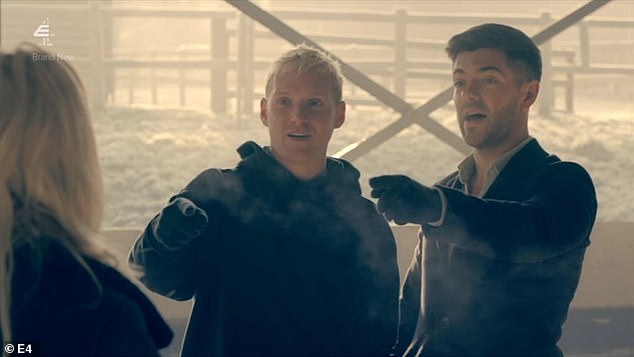 Out with dad(s): Jamie and Mytton take Verity horse riding, as if they are her two gay dads 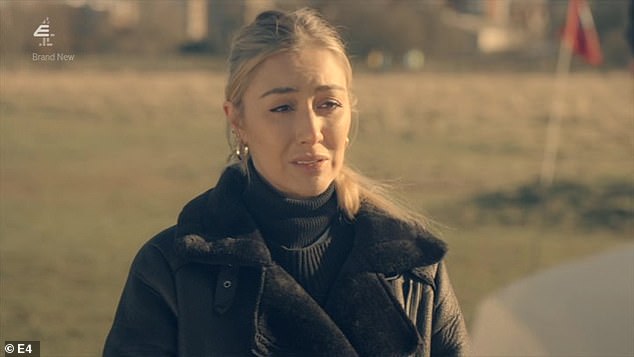 Hole in one? Miles’ sexual escapades are all the talk of the golf course

They’ve taken her horse riding at the Equestrian Centre and are watching from the side-lines. It’s more like they are a pair of gay dads and she’s their young adoptive daughter actually. Jamie has not only arranged the horse riding as a way to take Verity’s mind of James, she has arranged for MIC’s resident stallion Fred to take her on a date.

Horse riding AND a date with Fred! Jamie, you’re the best gay dad ever!

You can tell Eliza is currently a student at Durham because she uses the word ‘ashen’ to describe the colour or James’ face when he realised both she and Verity were at the same party last week. She is telling Liv and Melissa about it, with Melissa doing what she does best: not being able to disguise looks of horror on her face when told something appropriately horrifying.

James, meanwhile, is insisting to Miles that he didn’t get ‘caught out’ by the girls (despite getting caught out). This conversation takes place at the gym, where James is thrashing a punch bag within an inch of its life and Miles is bandying about an overly-large protein shake bottle. Because, in case you didn’t get the memo, these two are really into fitness and clean eating and rolling their T-shirt sleeves up really high. 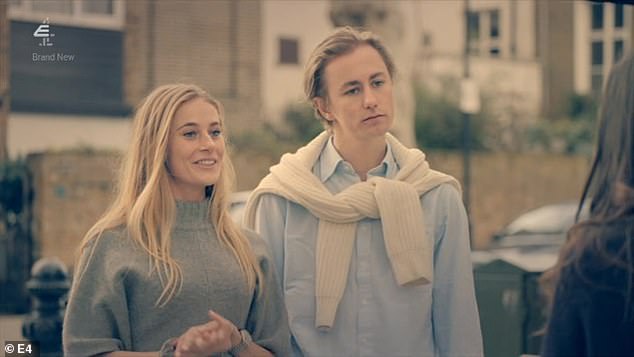 In the bin: Within 4 seconds they have said ‘dahling’ twice, then one of them gets measured for a kilt and recounts the thrilling time he walked up a mountain drinking rosé ‘like it was water’

Despite currently romancing his Year 12 form tutor, Angus expresses an interest in new French Maeva. But she is still into Miles and is spending her free time pursuing the local Hamptons window for flats in London before nipping into Ann Summers for a new camisole with adjustable suspender straps.

Rosi, who is slightly more bearable than Freddie, is in an art shop looking at… art. Mark Francis is in there as well and she asks him for his opinion on the painting she’s thinking of buying. ‘Aren’t you the one from that Suzuki advert?’ she asks (not really).

Mark Francis quickly injects some of his classic Oscar Wilde-ish-ness into things, by saying, ‘I’m baffled by the sort of people who throw themselves over furniture’. Thank you Mark Francis, we needed that.

Miles’ sexual escapades are all the talk of the golf course. Angus is sure to memorise what Miles says about sleeping around and saves it for when he next bumps into Maeva (which is tomorrow, according to the call sheet).

For some reason, Amelia is at golf and doesn’t wrap a 5 iron around Miles’ head for cancelling their brunch last week. Where is sassy no-nonsense Amelia of yesteryear? We want you back please (you’re still our fave new character though).

James is upset that he cocked things up with Eliza and so drives to Durham to win her back. He must have done a Dirty John and put a tracker on her or something because he manages to conveniently pull up on a bridge at the precise moment she is walking beneath it between Contemporary Fiction class and Post-Modern Women.

Turns out this has been a waste of petrol because she’s not having any of James’ remorse and it’s back down the M1 for him (hopefully with a comfort break at Pontefract Services).

Rosi introduces Mark Francis to Freddie who tries to out-posh him with chat of tracking tigers. The lads then have proverbial sex via the medium of art criticism.

Verity goes on her date with Fred and immediately asks him whether he thinks they are well matched which is really not the way to score date # 2, now is it Verity?

‘Do you think our personalities match?’ she asks, despite him knowing her for a mere 42 seconds.

Over at Miles and Habbs’ house, Maeva pops round for a chocolate fondue. Habbs retires to her bedroom, presumably to stuff cotton wool as deeply into her ears as possible.

Out in the lounge, Miles tells Maeva that he wants to pour melted chocolate on her and ‘absolutely rip that dress apart’ (supposedly not in that order) and so Maeva decides she better take the dress off herself so that she can take it back to Dorothy Perkins tomorrow with the tag still on.

She is wearing lingerie underneath and Miles can barely contain himself. It’s all a bit horrific seeing as there’s surely a cameraman and a woman with a clipboard standing on the other side of the room during this scene. Not to mention Habbs being in the next room getting an early start on her 2019/2020 HMRC self-assessment.

The next day, an exhausted Maeva bumps into Angus, having been up all night trying to get the chocolate out of that dress. Angus is sure to tell her that Miles has been sleeping with other girls who don’t want to be on camera in negligee. She is fuming and asks Angus on a date as a form of retaliation. 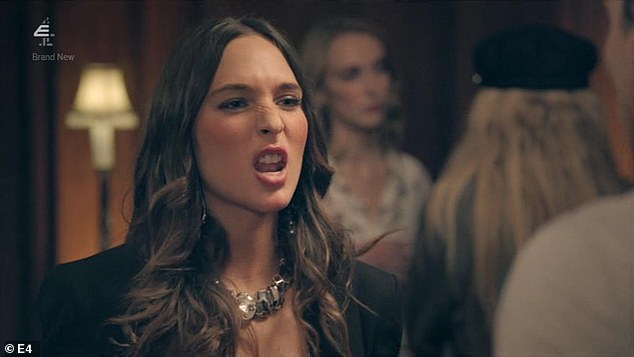 Fuming: ‘You must have germs, you disgust me, I don’t even want to f**k with you any more,’ Maeva says, somehow classily. She’s a bit like a villain in a live action Disney remake

The night everyone’s been waiting for, Freddie’s Indian art exhibition, has arrived (said no-one ever).

Habbs tells Miles about Meave and Angus, which prompts Miles to confront them about this. But Maeva’s fuming with Miles for lying to her.

‘You must have germs, you disgust me, I don’t even want to f**k with you any more,’ Maeva says, somehow classily. She’s a bit like a villain in a live action Disney remake.

Maeve storms off and announces she is ‘done’ with Miles. Tell THAT to the stockings on his and Habbs’ living room floor. 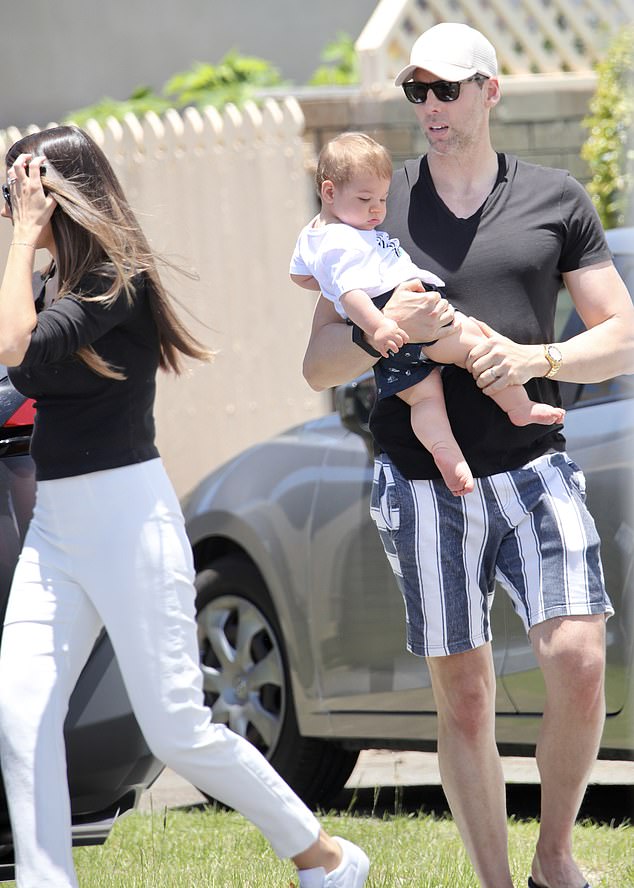 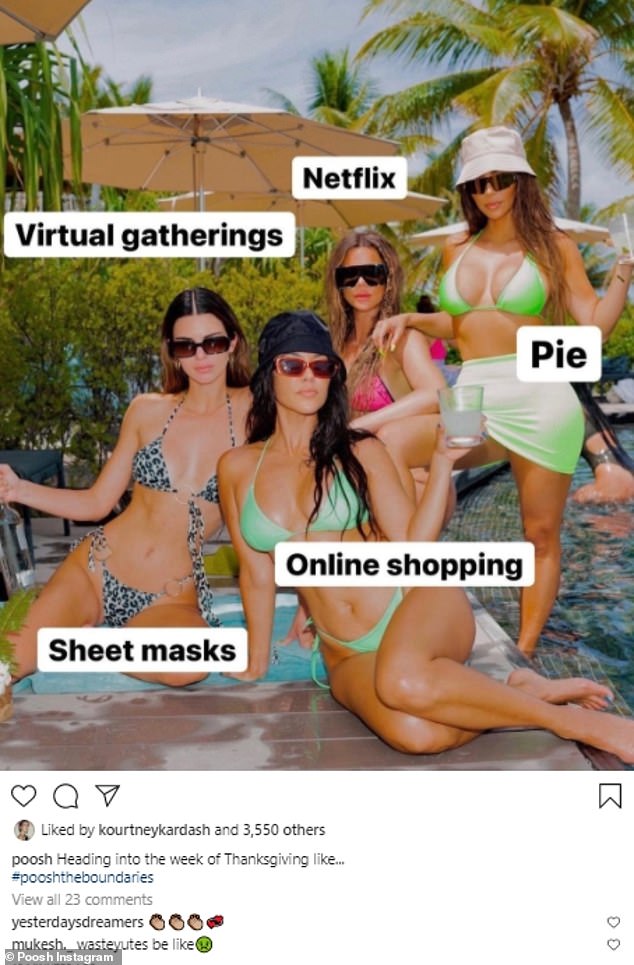 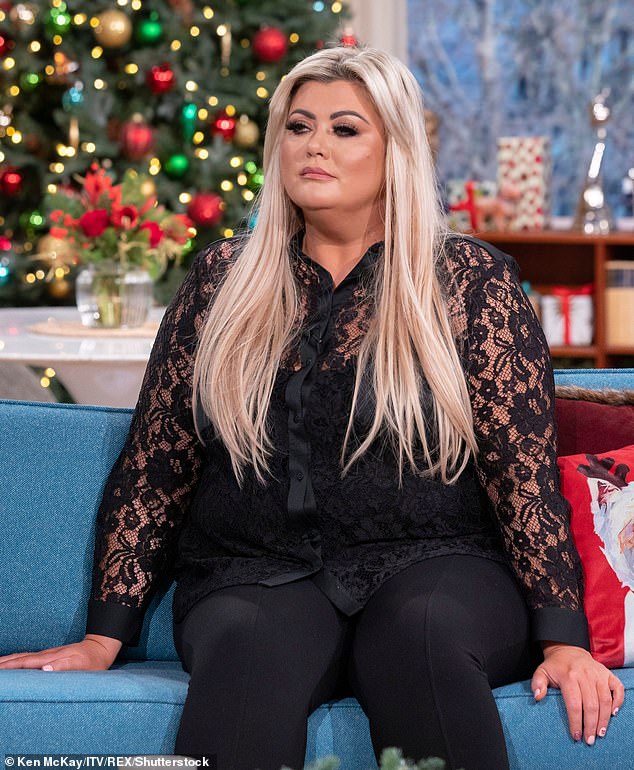 Gemma Collins reveals she had devastating third miscarriage in July 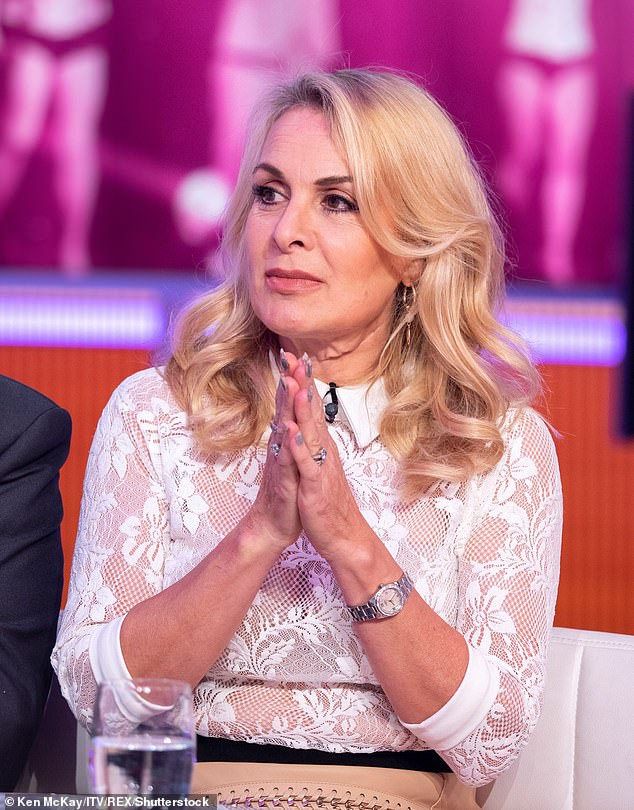 Bucks Fizz star Jay Aston, 59, bedridden with COVID-19 after being classed high-risk due to cancer 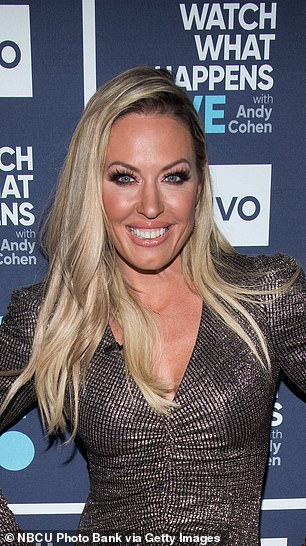 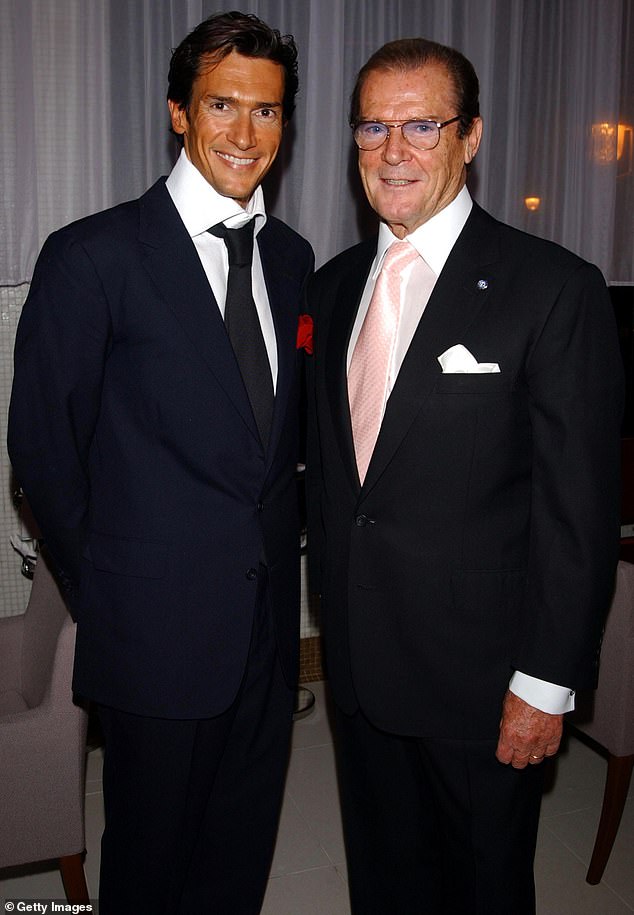 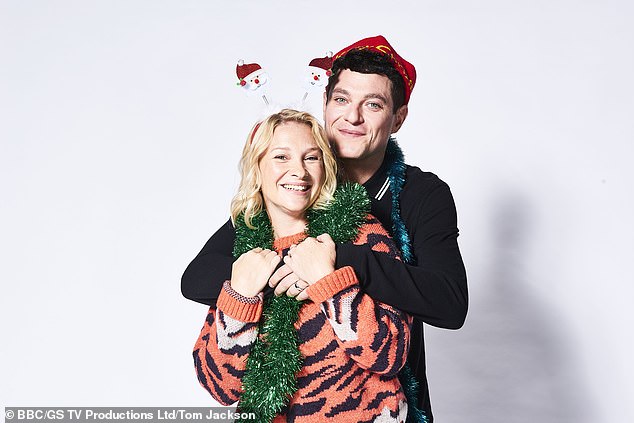 Gavin and Stacey WILL return ‘one day’ say BBC bosses 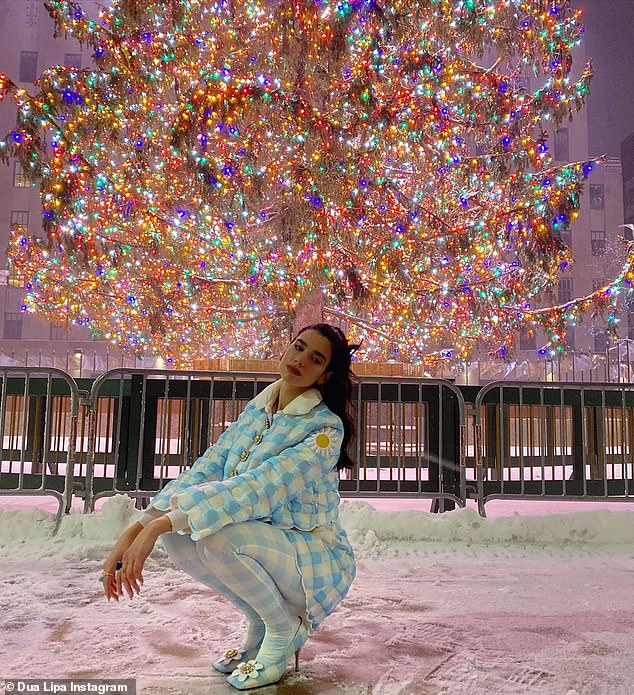