They were one of the most volatile couples in Married At First Sight history.

And months after the cameras stopped rolling, Susie Bradley and Billy Vincent are still going at it.

The drama started on Monday, when Susie took to Instagram to express regret about getting into a public fight with Billy on social media. 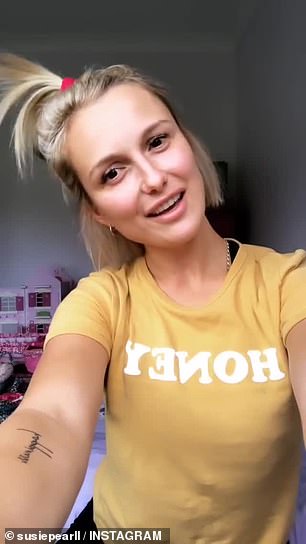 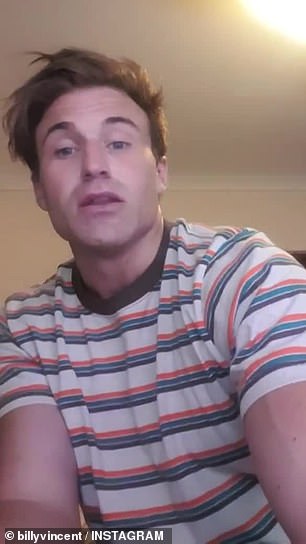 At war again! Married At First Sight’s Susie Bradley and Billy Vincent got into another social media feud this week, with Billy accusing his TV wife of ‘abuse and bullying’

‘I’m new to all the trolling following being on a show like MAFS’ the 25-year-old explained.

‘And I lost my mind a little bit last night,’ she continued. ‘I’m not commenting back to anything that Billy says or any nasty things that people say because filming wrapped up five months ago.

‘I wished Billy well in our final commitment ceremony, even though it wasn’t shown. And since the show, I’ve been lucky enough to find love’. 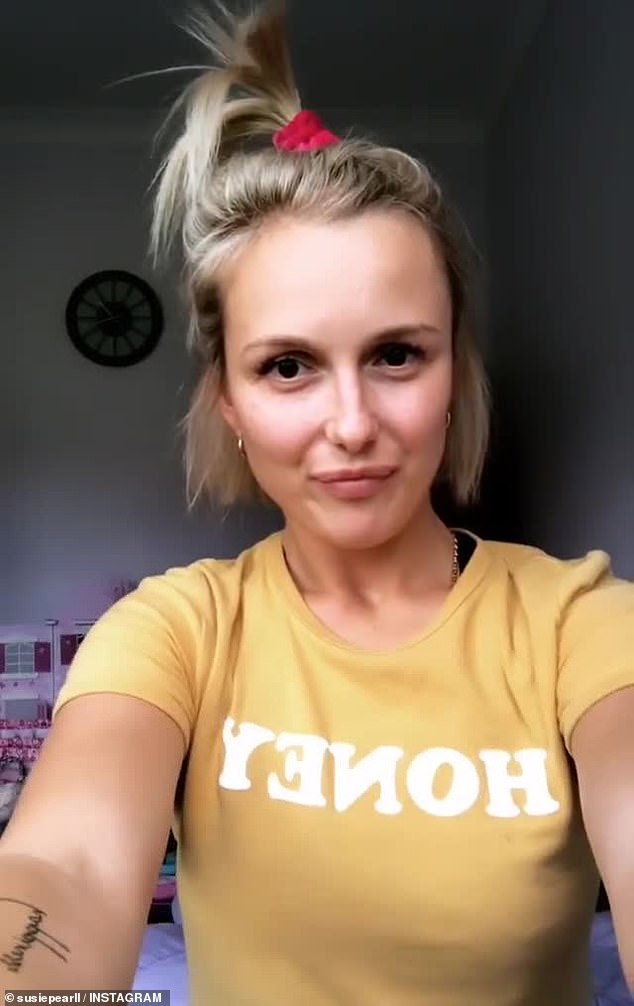 Taking the high road: ‘I’m not commenting back to anything that Billy says or any nasty things that people say because filming wrapped up five months ago,’ said Susie

The mother-of-one then called her new boyfriend, NRL star Todd Carney, the ‘best person in the whole wide world’.

She finished by urging people to judge her on who she ‘actually is’ instead of what they saw on an ‘edited reality show’, clearly referring to her negative portrayal on MAFS.

Susie’s message didn’t seem to go down well with her former TV husband, who also jumped on Instagram to hit back at the blonde for ‘abuse and bullying’. 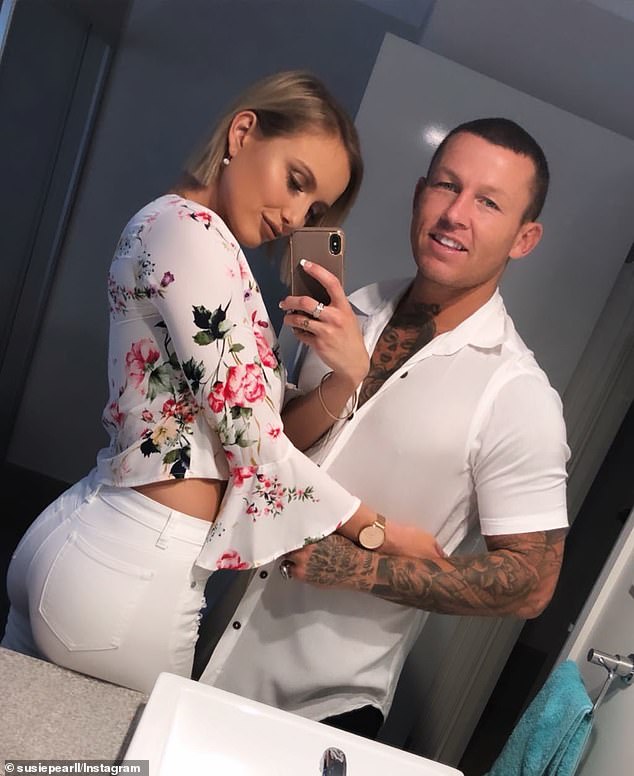 ‘I have well and truly moved on since the experiment,’ Billy said sternly. ‘But moving on, it doesn’t mean I forget how I was treated and how I was abused’.

He continued: ‘I don’t forget because I don’t want it to happen again.

‘And what people fail to realise about me is, just because I’m kind and I treat people with respect and I’m an anti-bullying campaigner, it doesn’t mean that I won’t respond – I will OWN you. 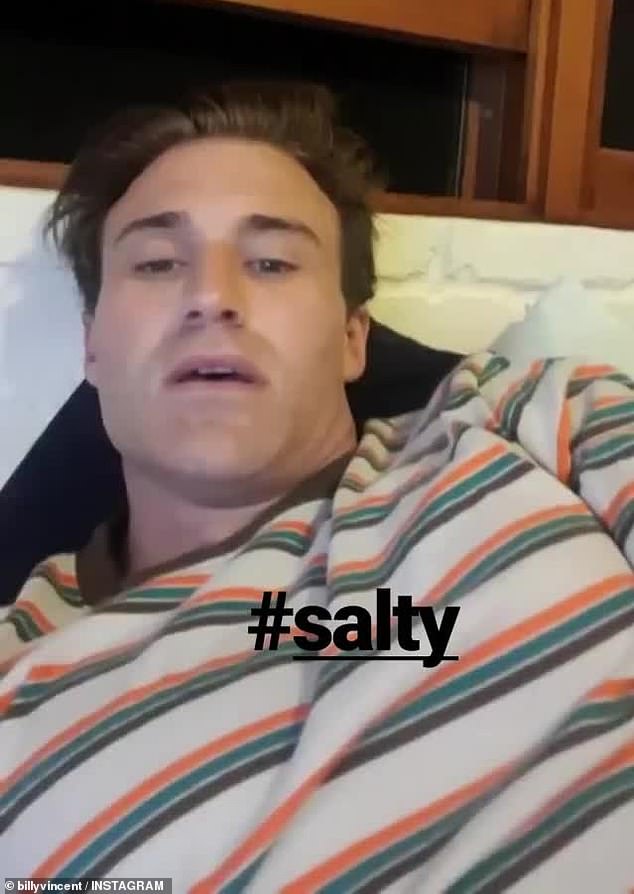 ‘I have well and truly moved on since the experiment,’ Billy said in a response video. ‘But moving on, it doesn’t mean I forget how I was treated and how I was abused’

‘And on a final note, f**k yes I’m salty… Because I was set up with somebody who used the whole experiment as a holiday in Sydney’.

The MAFS exes engaged in a nasty war of words on Saturday, when Billy accused the Susie of secretly texting her now-boyfriend Todd Carney during filming.

Responding to a follower on , the 28-year-old barista wrote: ‘You saw the suitable for TV version – not Susie’s threatening violence or texting her assumed boyfriend right in front of me’. 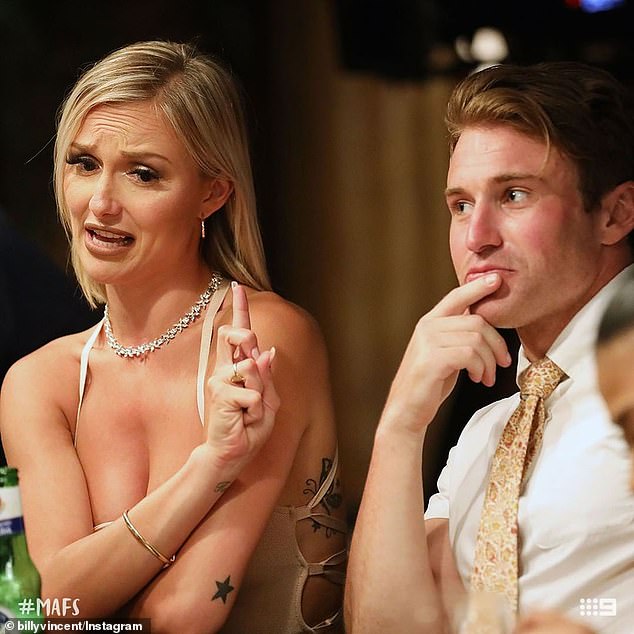 It didn’t take long for Susie to deny Billy’s allegations, insisting that she did not start dating Todd until after their TV marriage fell apart.

‘Oh Billy – get off it!,’ she wrote. ‘You know I didn’t start seeing Todd until the show had finished, you are actually blatantly lying.

‘And threatening violence? Really, darling. It’s time to drop the act, you’re not on telly anymore’.

Ouch! Responding to a follower on Instagram, Billy wrote: ‘You saw the suitable for TV version – not Susie’s threatening violence or texting her assumed boyfriend right in front of me’

Todd, a disgraced NRL player known for his infamous ‘bubbler’ incident in 2014, was first pictured with Susie in Brisbane on February 15.

At the time, Married At First Sight was still airing on television but Susie and Billy’s relationship had long since ended. 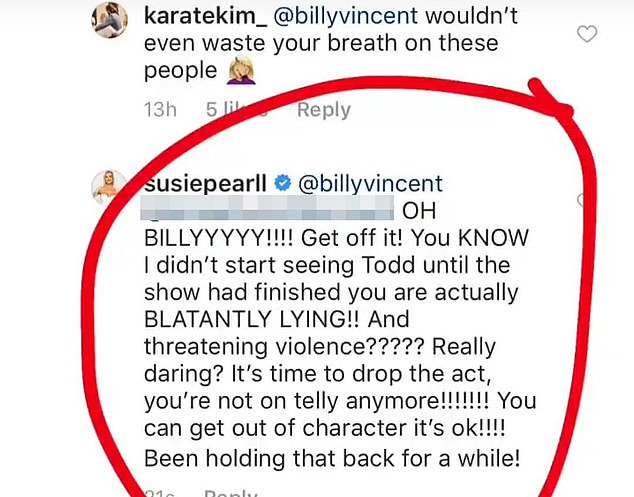 ‘Oh Billy – get off it!’ It didn’t take long for Susie to deny Billy’s allegations, insisting that she did not start dating Todd Carney until after their TV marriage fell apart

‘I have waited so long for the day to come where this saying makes complete sense and now it finally does…’ Susie wrote on Instagram, paying tribute to her boyfriend.

‘”One day someone will walk into your life and make you see why it never worked out with anyone else”.

‘Todd, You are 100 per cent that person and I am so incredibly in love with you’. 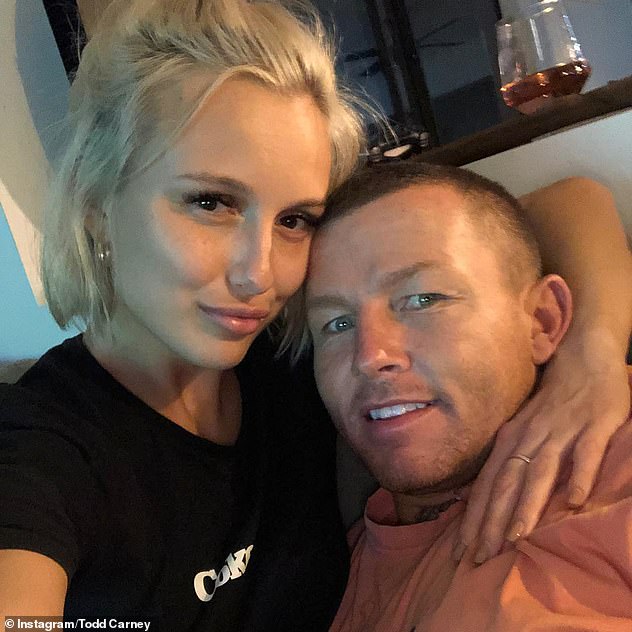 Moving on: Susie and Todd, a disgraced NRL player best known for urinating in his own mouth, were first pictured together in Brisbane on February 15

Made In Chelsea: Croatia incorporates a 'savage' fall out
Ed Balls is TASERED by US police as he wails in agony for brand spanking new present Travels In Trum...
Kourtney Kardashian and sister Kendall Jenner show off their street style as they head to NYFW
Hailee Steinfeld stylish in patterned mini dress and colorful jacket at Louis Vuitton X launch party
Pretty Little Liars alum Shay Mitchell announces she is expecting her first child
Selena Gomez kisses sister Gracie as they match in prairie dresses at the Frozen II premiere
Kristen Stewart steps out in London with Charlie's Angels co-stars Naomi Scott and Ella Balinska
Bianca Gascoigne puts on a VERY busty display in leopard print dress