A man has been arrested near Parliament Square after a member of staff at the tax office was attacked on their way into work.

Armed police who patrol the Houses of Parliament and surrounding government offices detained the man near Whitehall after reports from workers at HMRC.

Photos from the scene show the man forced onto the ground by two officers, while armed police stood guard. 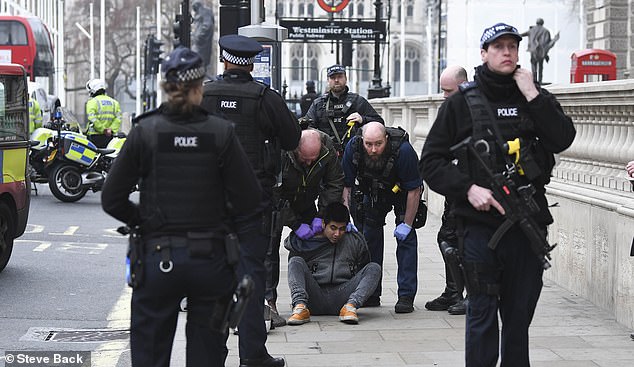 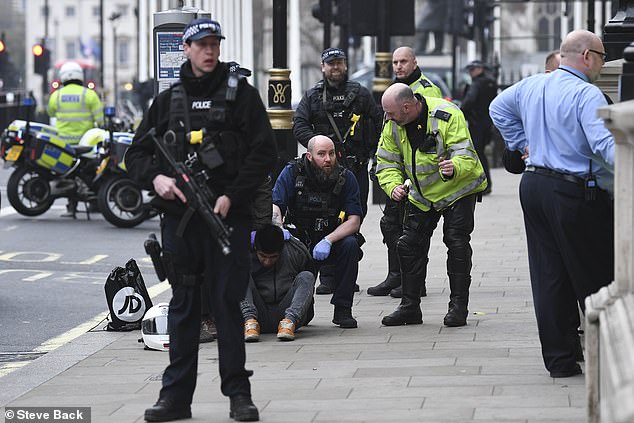 Police say the incident is not believed to be terrorism-related.

Armed officers were spotted at the scene as well as others who had arrived on police motorbikes.

The man was pictured on the floor, wearing a grey tracksuit and orange shoes close to the entrance to Westminster Station.

Offa's Dyke may date back to 300 years before Offa came to the throne
Domestic violence campaigners accuse BBC of 'gaslighting' Sean Walsh's ex girlfriend
Will Smith performs 'Prince Ali' in the new Aladdin - but fans call it 'boring' and 'low energy'
Australian couple will sail Greta Thunberg from the US to Spain for UN climate meeting
Are Christmas hampers actually worth the price?
Koi Carp owners set up camera to find an otter attacking their fish
What is hypnobirthing? How pain management technique was used by the Duchess of Cambridge
Queen of Katwe's Nikita Pearl Waligwa, 15, dies of brain cancer