Chef Jamie Oliver has avoided almost £1.45million in unpaid rent at his struggling restaurant chain, it has been reported.

Jamie’s Italian owed the money to 16 landlords who have now been left out of pockets after the firm went close to going bust in 2017.

A Company Voluntary Arrangement meant the TV chef’s business was able to carry on trading but had to close 12 of its sites, with the loss of 600 jobs.

Creditors were owed £1,445,912 in unpaid rent after it was forced to take action amid rising costs and competition in the casual dining market. 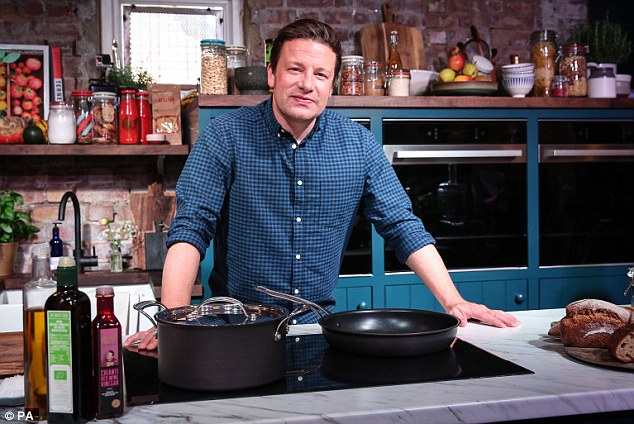 Chef Jamie Oliver has avoided paying almost £1.45million in unpaid rent at his struggling restaurant chain, it has been reported

But in a deal with administrators, Mr Oliver’s company agreed to pay back just £356,706, The Sun reports.

A company spokesman told MailOnline: ‘We received overwhelming support from our creditors for our proposal to reshape Jamie’s Italian restaurants via a CVA and have concluded that process.’

Last month it emerged Mr Oliver was on the hunt for a new investor in the business.

The group hired advisers at Alix Partners as it looked at selling a stake to an investment partner. 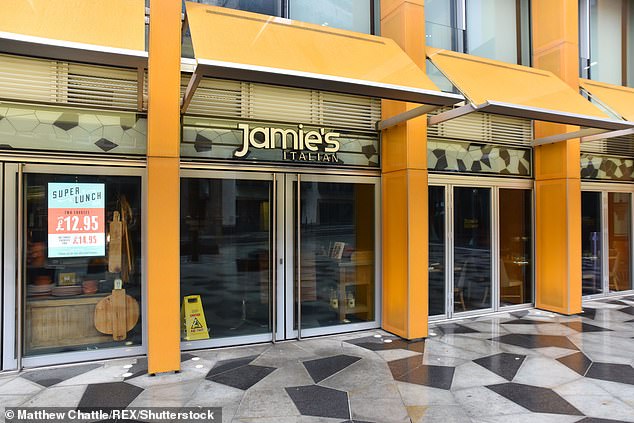 Last month it emerged Mr Oliver was on the hunt for a new investor in the business (pictured, a Jamie’s Italian restaurant in St Paul’s, London

A spokesman for Jamie Oliver Group said last month: ‘Building on the success of Jamie’s recent books and TV shows, Jamie Oliver Restaurants Group is seeking an investment partner to work alongside Jamie and the team to evolve and expand the business in the UK and international markets.’

Any deal is also likely to include a fresh injection of capital from Oliver himself, who put £13 million of his own money into the business when it ran into trouble last year.

Oliver’s steak joint Barbecoa closed its Piccadilly site in February as part of a pre-pack administration.

The company also handed over control of five Jamie’s Italian sites in Australia when the chain went into voluntary administration last April and was sold to Brisbane-based group Hallmark. One other site was closed.

‘For myself and most of the others it’s just sticking it out and listening. I think lots of lessons have been learned but I still believe in the sector.’

In October, Mr Oliver said he had no more money to prop up the chain.

Speaking then he said: ‘I haven’t got any more [money].

‘There’s a point where I can’t put the other side of the business at risk as well and the people who work there.

‘The upside is I am now fully in control of the restaurant business. We’re getting on top of it.’

Adorable moment newborn zebra is rescued from watering hole
Woman has created a hat for Derby Day for under $5 - and she used a Kmart PLACEMAT
Toddler run over by car in driveway is rushed to hospital with woman who was pinned by the car
Rory Cowan tells 'former friend' Twink to leave his mother's funeral after she turns up uninvited
The ELEVEN times Mueller says Trump’s actions could have been obstruction of justice
Do I really have to make an offer in excess of? What estate agent terms mean
Adorable moment Meghan and Harry receive a Simba toy for baby Archie
Saudi women stun onlookers by parading in shopping malls in western clothing after shunning abaya