This is the hilarious video which captures a girl’s parents reaction when she pulls a risqué leg move over dinner.

Wearing a rather revealing outfit, the mother and father react with sheer amazement at their daughter’s racy dress and moves.

The video, of Glaswegian uni student Lauren Gilmour, 18, was made by her brother Grant out at a restaurant in .

Despite being out for dinner, the clip captures the girl raising her leg in a seductive fashion while her parents, Yvonne and Alan, sit across the table watching.

The camera then tilts around to hilariously capture the look on his parents face as their daughter pulls of the outrageous move.

Her father Alan can be seen looking less then impressed by the move, reaching to loosen his collar at the awkward sight. 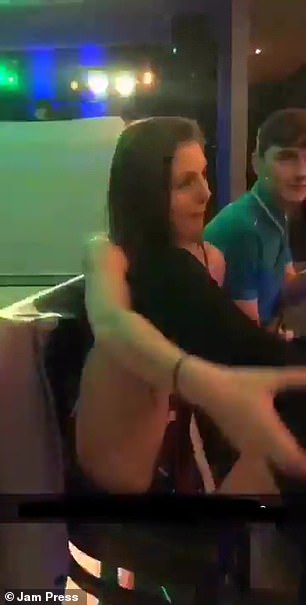 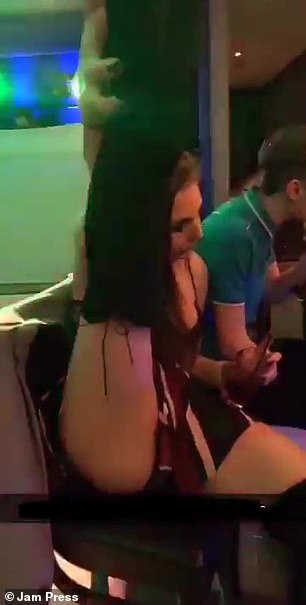 Glasgow student Lauren Gilmour, 18, was out for dinner with her family when she decided to pull the stunt in front of her parent and brothers

Mum Yvonne, sitting further away, seems to be sat speechless at her daughter’s leg maneouvre.

Shirley Bassey’s hit song Big Spender can be heard playing loudly in the background as the awkward momennt unfolds.

Brother Grant posted the video on twitter with the caption, ‘When your parents realise they raised a hoe’.

The clip has gone viral with 22,000 likes since he posted it on twitter.

On comment reads: ‘Oh my lord your father looks like it may have a heat attack, you will now be written out the will’.

Another person comments simply ‘DEAD’, to which Lauren replies ‘What can I say?’