Lewis Hamilton claimed the 74th win of his career when the Ferrari of Charles Leclerc gave up on him and cost him certain victory in the Bahrain Grand Prix.

It was cruel luck on Leclerc who was composure itself for most of the evening. His cry came over the radio as he leaked a nine-second lead in a lap or two. ‘What’s happening?’ he asked, detecting some problem at the back of his red machine.

His engine was giving up the ghost, down on power at least, the battery failing, and Hamilton passed him comfortably with nine laps remaining. 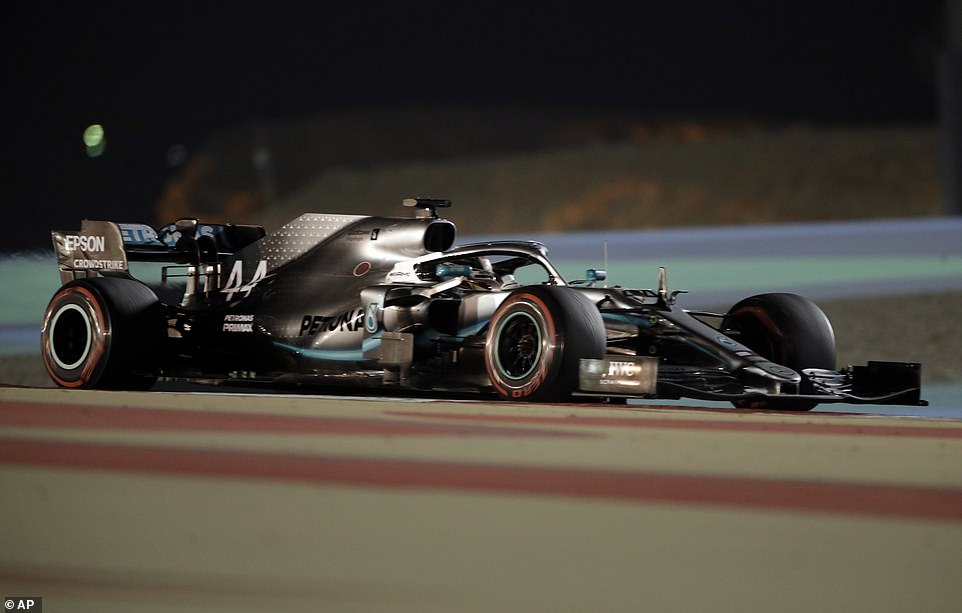 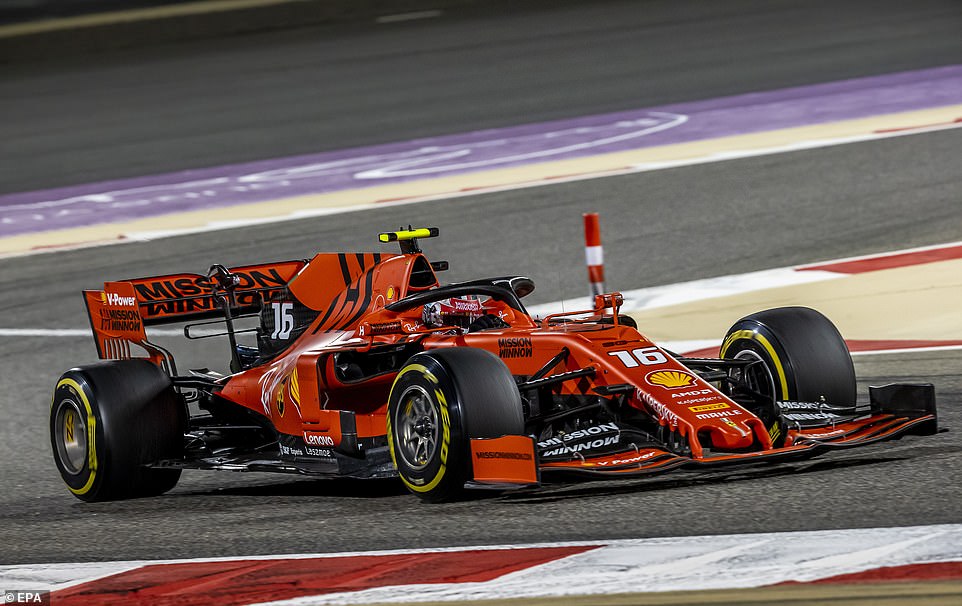 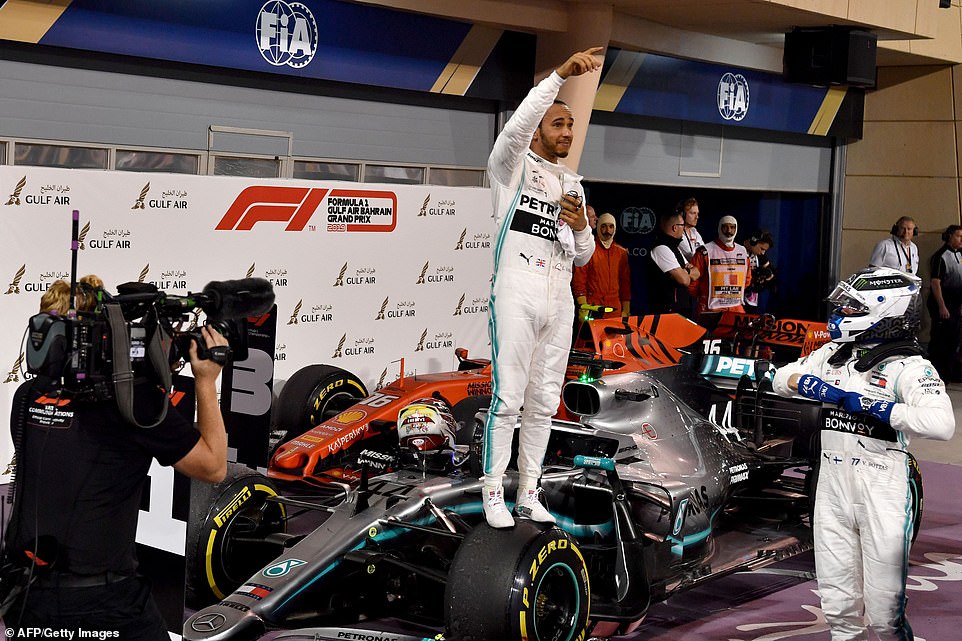 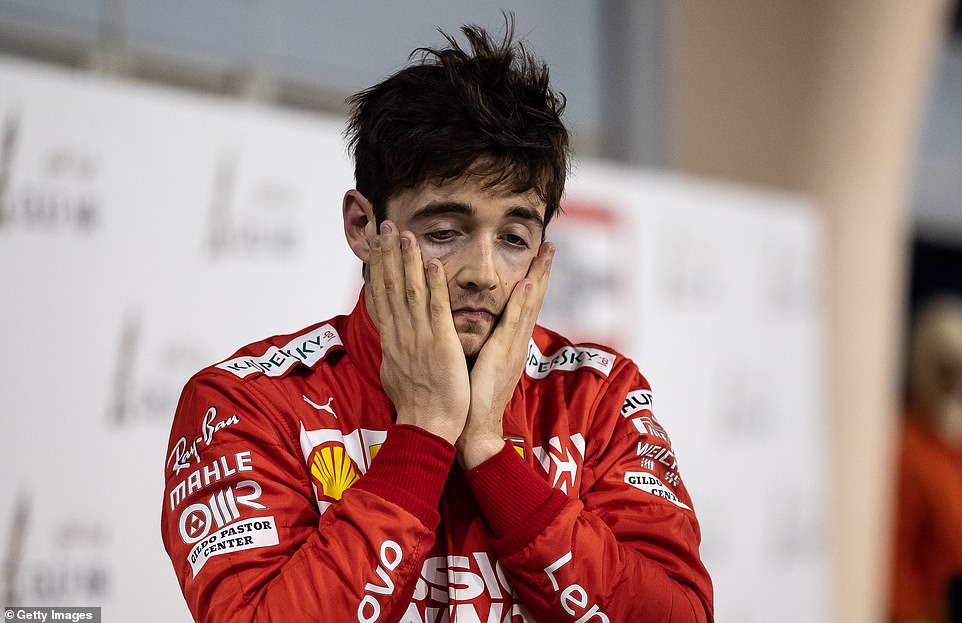 ‘Oh my God,’ said Leclerc, who had started on pole.

Hamilton’s win came unexpectedly on a night that was awful for Ferrari’s Sebastian Vettel – he spun and finished fifth.

Valtteri Bottas, who won the opening race in Melbourne for Mercedes a fortnight ago, had an unimpressive showing but finally finished second when he came from nowhere to pass the stricken Leclerc. The Monegasque would also have been passed by Red Bull’s Max Verstappen but for the race ending under a safety car that had come out to clear away the Renaults that had stopped.

Leclerc was third and Verstappen fourth. 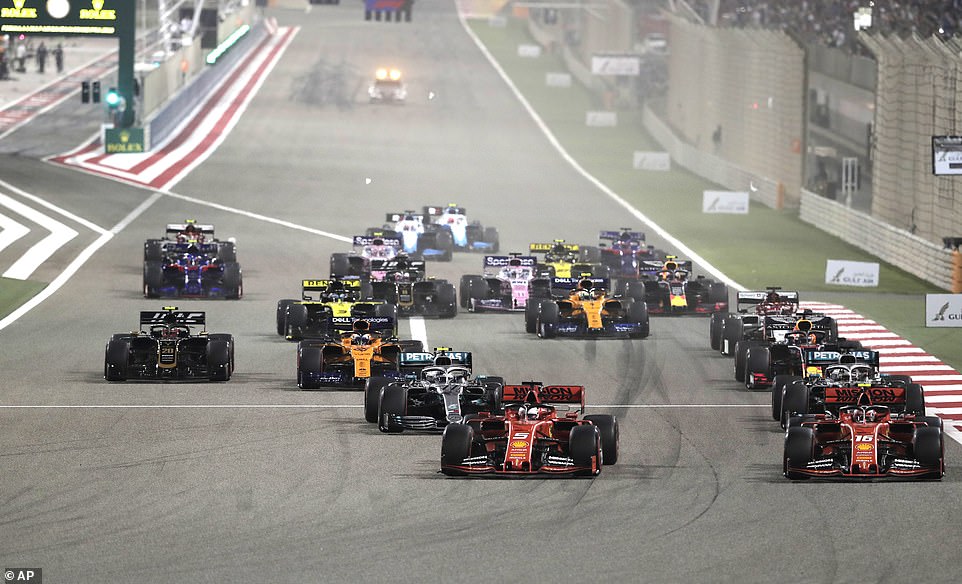 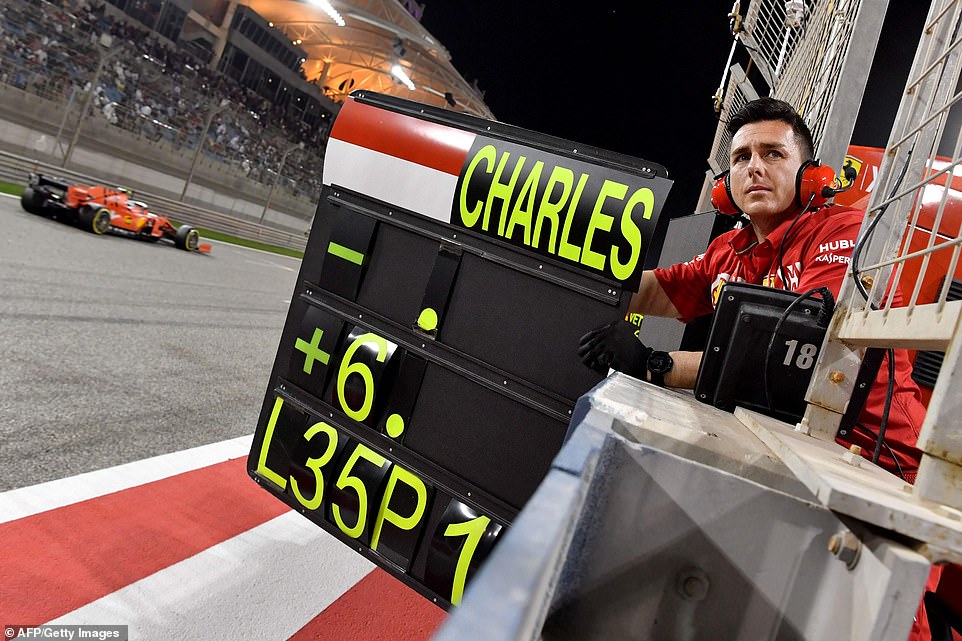 Having lost the lead from the start, Leclerc did brilliantly to recover and looked to be coasting to his first win in Formula One 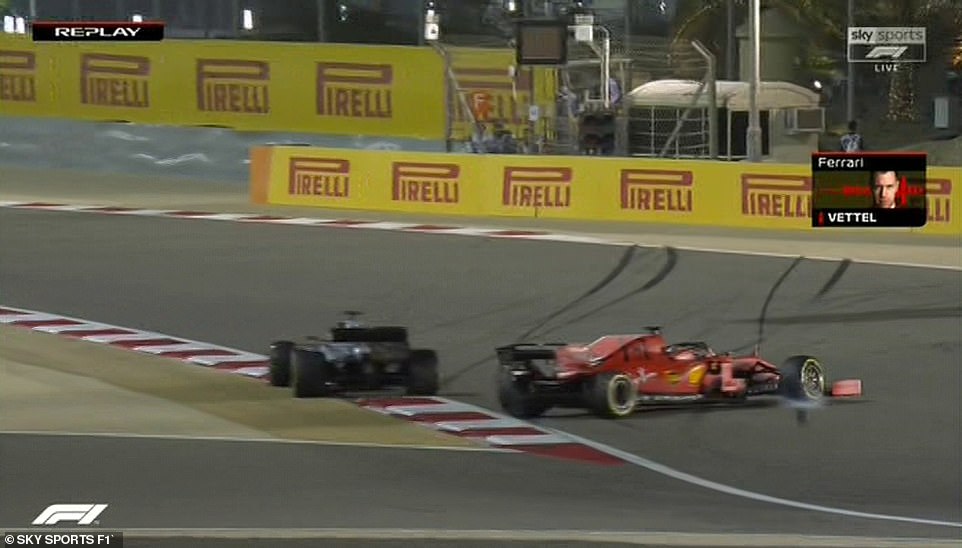 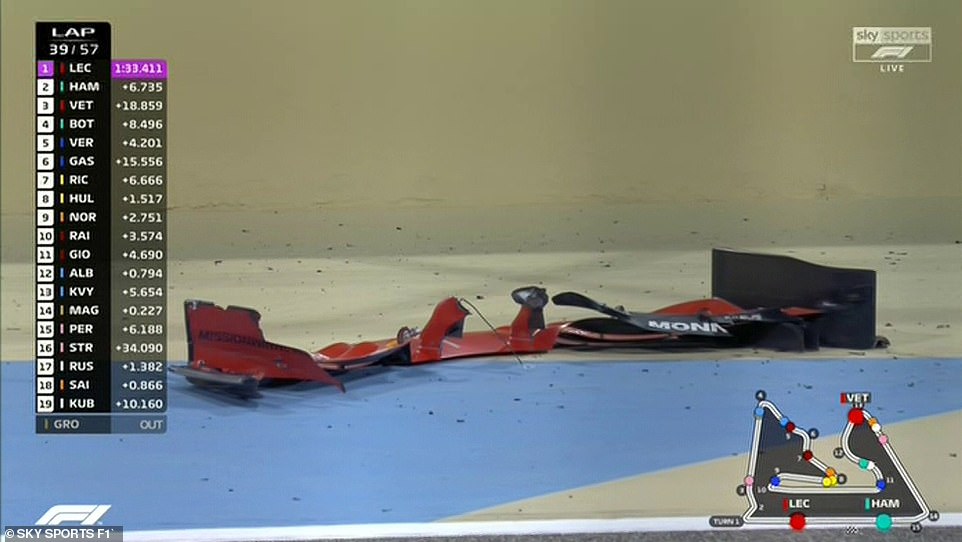 Lando Norris, 19, won his first points in his second race – a great performance by a McLaren team improving well. His team-mate Carlos Sainz was also doing well before he was harmed in a coming together with Verstappen.

The opening lap was full of entertainment. Leclerc was slowly away, Vettel passing him into the first corner. Bottas, having accounted for Leclerc overtook Hamilton, whose start was less than lightning fast for the second time in the two opening races of the season.

Then Leclerc clambers past Bottas and Hamilton. He is on Vettel’s tail. ‘I’m quicker,’ said the youngster.

OK, kid, but now make a move stick on your illustrious team-mate.

He was breathing down Vettel’s neck at the end of the fifth lap. On the start straight, using DRS, Leclerc poked his nose in front and zooms beyond the German at the first corner. Vettel tries to fight back but no chance. Was it a symbolic moment in the Ferrari dynamic between the old leader and the newcomer in his second race for the team? 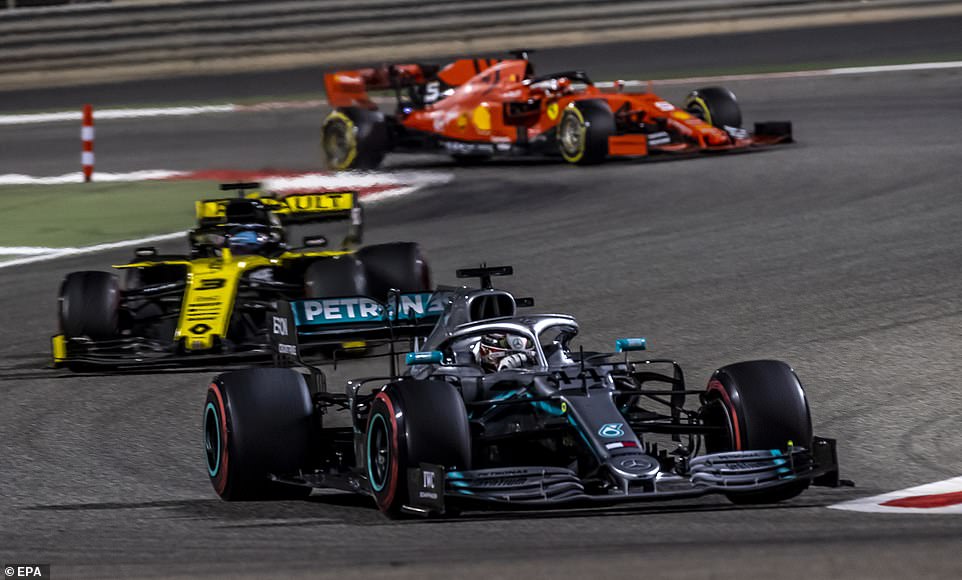 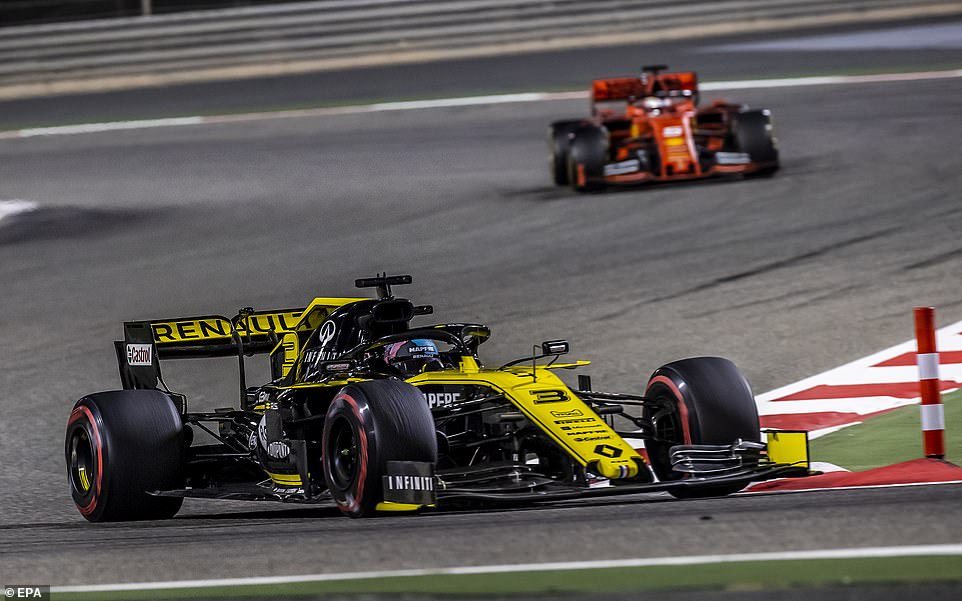 Ferrari brought Leclerc in to pit first – giving him as race leader, rather than Vettel as their de facto No 1 ,the advantage – and he maintained his hold over proceedings for the rest of the evening.

Hamilton was also in first of the Mercedes. Out fast and flying, he was ahead by the time Vettel emerged from his own stop the following lap and into second.

But Hamilton had been redshod with soft tyres, unlike the rest who were on mediums. They should have made him quicker but it didn’t quite work out that way, certainly not for long.

He was soon complaining that his rears were nearly done. It seemed that way as Vettel zipped past him to reclaim second.

He hung on in third – with Bottas way back in fourth – until he came out from his second stop. He was now right on Vettel’s case. Having tried just before to overtake the Ferrari, Hamilton managed to do so on lap 38. It was a clean move. And Vettel spun, leaving tyre marks on the floor. He was facing the wrong way, his face no doubt as red as his overalls.

His front wing then fell off as he hobbled on his vibrating tyres back to the pits. He plunged to ninth place. Leclerc was serenely out in front. No problems there until his engine went. And then it all changed. 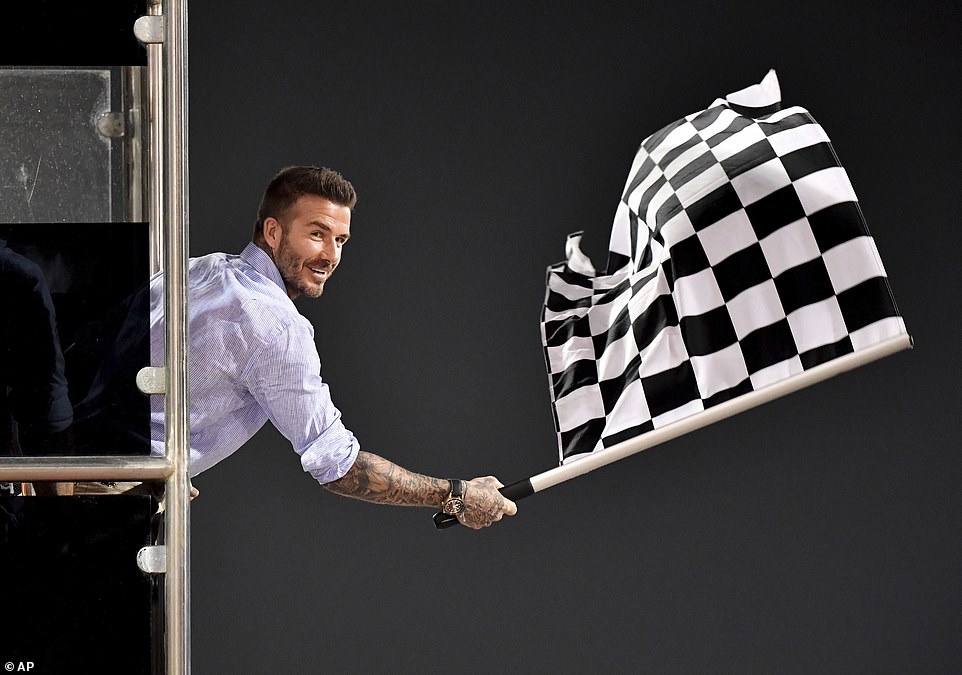 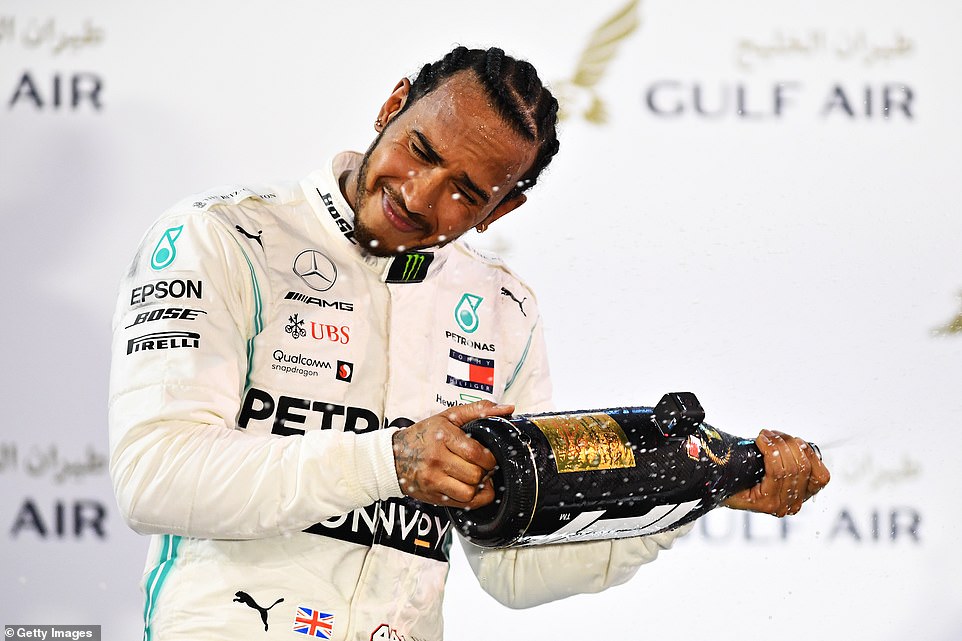