Kelly Brook’s fans were left stunned at how similar she looks to her mother after she posted a gorgeous snap on Saturday.

The photo, which was captioned ‘Happy Mother’s Day to my Mama’, shows the brunette beauty looking wistfully into the distance as she wears a straw hat adorned with blush pink roses.

In the snap, the mother looks stunning as she as she reclines on a cushion in dappled rays of sunlight wearing a purple bandeau top over a floral bikini and simple gold hoop earrings. 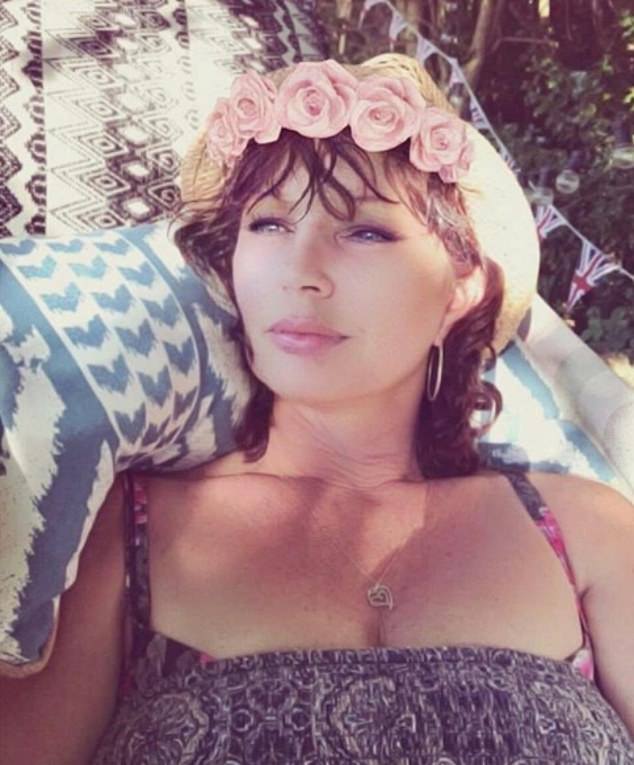 Identical: Kelly Brook’s fans were left stunned at how similar she looks to her mother as she posted a gorgeous Instagram snap on Saturday

In the snap her short brunette locks fall effortlessly around her face which are styled in effortless waves – similar to Kelly, 39.

And it appears the apple doesn’t fall far from the tree as Kelly’s mother even has the same puckered pout and striking eyes.

Fans were quick to jump into the comments on Kelly’s post of her mother, to remark on their similarities. 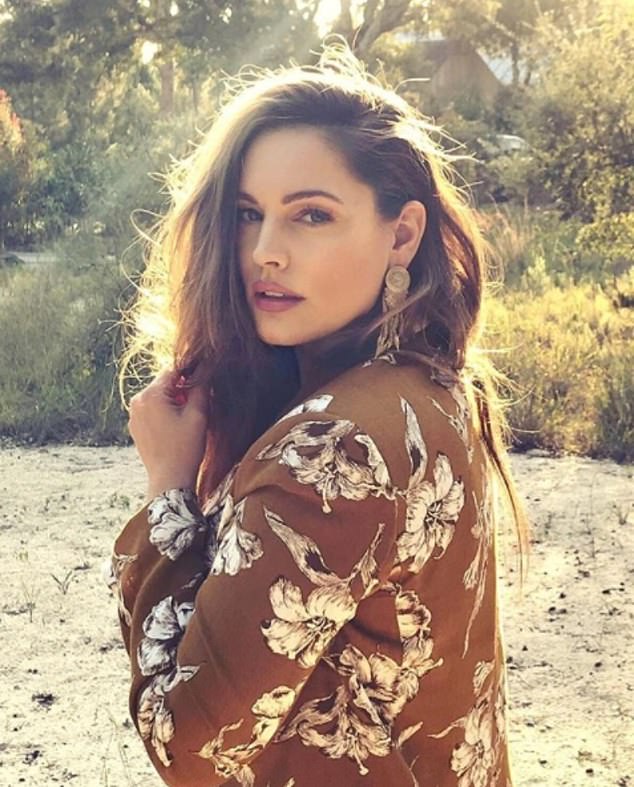 Stunning brunette: It appears the apple doesn’t fall far from the tree as Kelly’s mother even has the same puckered pout and striking eyes

Comments to the tune of ‘You are identical!’ and ‘You both look the same!’ came cropping up.

Another raved: ‘Wow, you’re the double of her. I had to look twice’.

One fan wrote: ‘That’s your mum? You look like her twin!’ 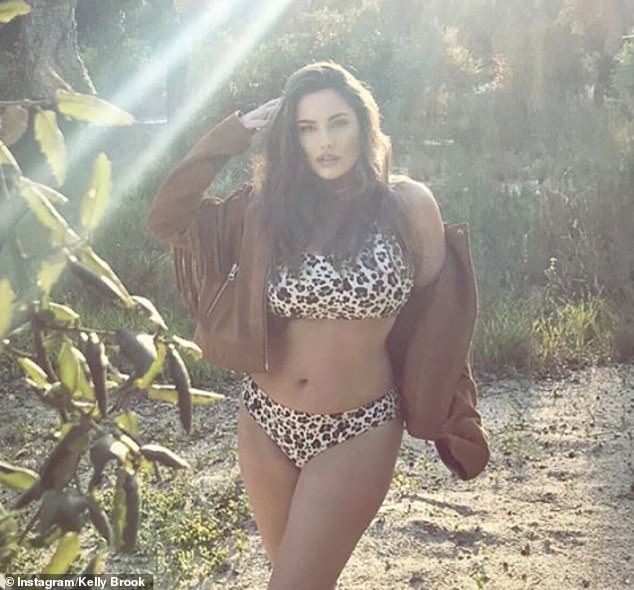 Wow: Kelly Brook jetted off to Portugal to celebrate her four year anniversary with beau Jeremy Parisi in Portugal

Fashion a fringed look like Kelly in V By Very

Kelly Brook channeled some serious boho beach vibes when she took to the sand in a leopard bikini and fringe jacket combo.

Fringing and tassels are having a big fashion resurgence right now, and we’re so happy about it!

Just check out Kelly’s suede pick if you want to know how to do the trend right.

We love this beige number. With tassels from front to back and in a cool cropped silhouette, this will soon become a wardrobe favourite.

Click right to grab Kelly’s V by Very jacket for yourself, or head to the edit below to shop more from the laid back look.

With prices starting at £23, you don’t need to have a celeb budget to try this trend.

The post comes after Kelly jetted off to Portugal to celebrate her four year anniversary with beau Jeremy Parisi in Portugal.

the model celebrated the occasion in style as she shared an Instagram story drinking Aperol Spritz in the sun.

She wrote: ‘It’s officially our 4 year anniversary of being consciously coupled’. 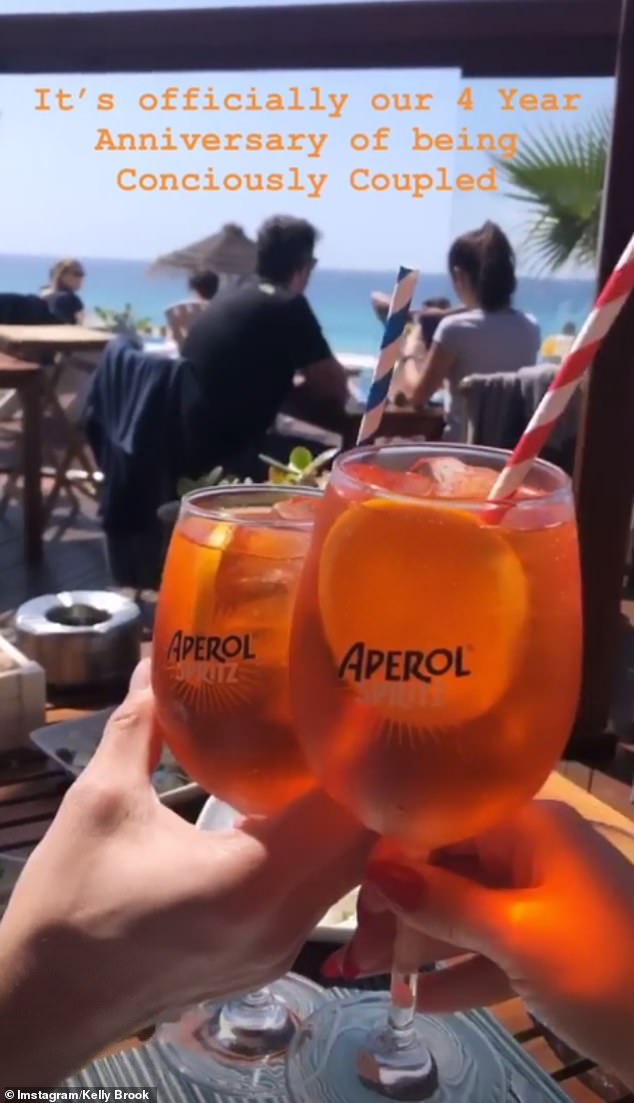 Cheers! Kelly was in Portugal and celebrated four years with her boyfriend in style as she shared an Instagram story drinking Aperol Spritz in the sun

The model and TV personality has been dating the French-Italian martial arts instructor, 33, after kicking off their relationship by flirting via direct message on Instagram.

Kelly previously revealed she initially feared she was being ‘catfished’ by the hunk until they came face-to-face in real life.

Speaking as she co-hosted Heart Drivetime on Tuesday, the radio presenter said: ‘I met him on Instagram! It’s the way forward. I saw a video of him and I thought, “Oh I wonder if he’s on Instagram”. 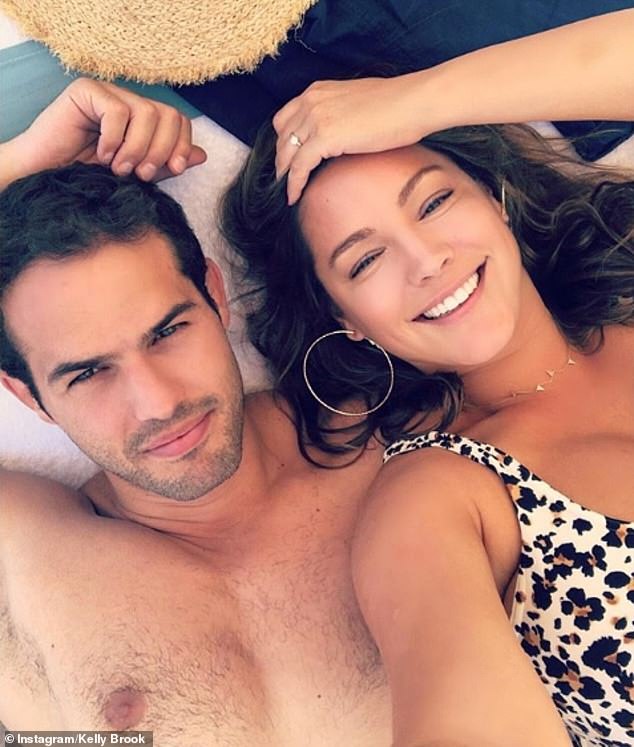 Social media romance: Kelly Brook has revealed she pursued boyfriend Jeremy Parisi for six months by ‘slipping into his DMs’ on Instagram before they met in person

‘Obviously he was, as everyone is, and I started following him and I saw he followed me back, so I just slipped in to the DMs and I was like, “Ohhh thank you for the follow”.’

Kelly reportedly ‘proved seriously popular’ when she made her debut on the radio airwaves at the end of 2018.

The model recently said that life is more settled now that she has a permanent job and steady boyfriend. 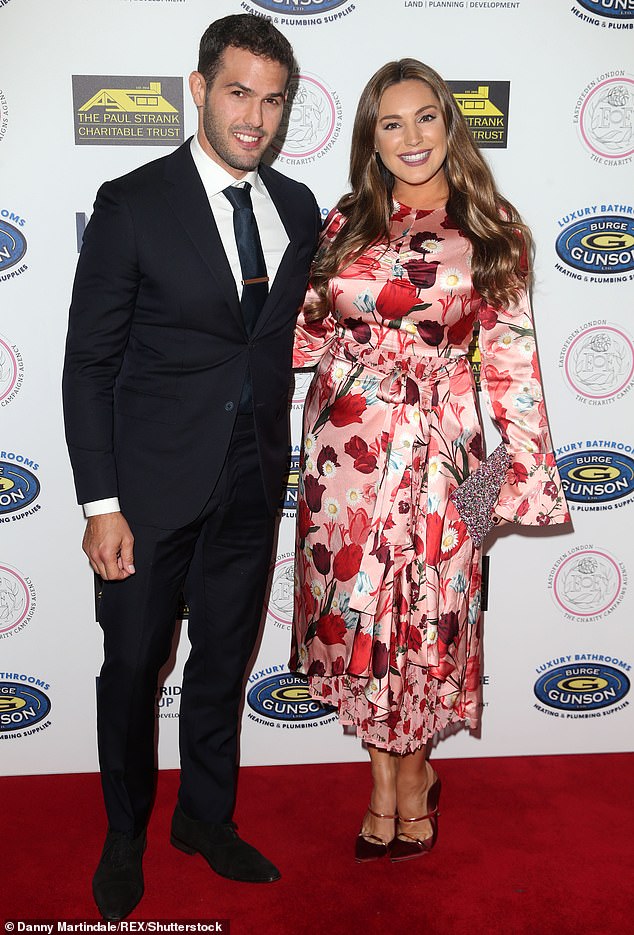 Loved up: The model recently said that life is more settled now that she has a permanent job and steady boyfriend

‘It definitely feels like a whole chapter of my life is over,’ Kelly told The Sun’s Fabulous magazine last month.

‘Like, that person is dead. The girl who didn’t have a lot of control over what was going on doesn’t exist any more. Those times have gone.’

Kelly previously revealed how she is unsure whether she and partner Jeremy Parisi will ever have children.

She detailed the struggle of suffering a miscarriage six months into her pregnancy with rugby player Thom Evans in 2011.

In an interview with Fabulous she said: ‘You can feel a failure if you go through miscarriage or feel that it’s quite unfair, but as much as it was a real loss and a difficult time, I got through it.’ 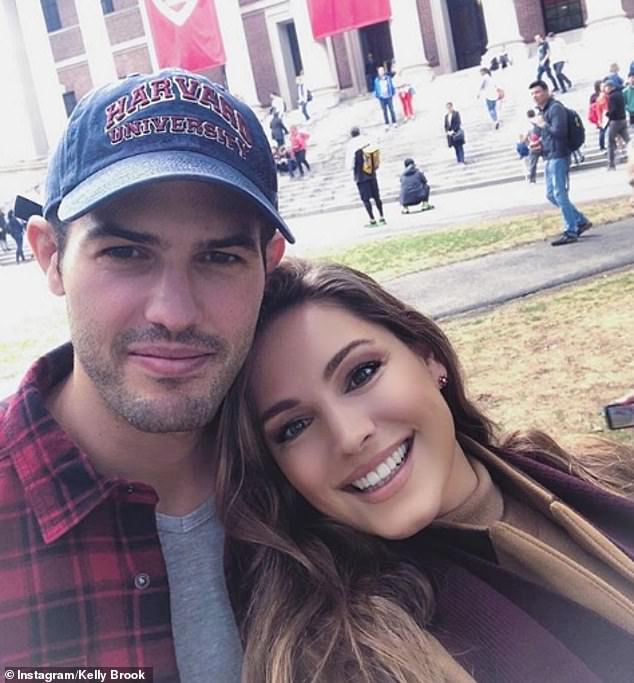 Couple snap: The radio presenter admitted she initially feared she was being ‘catfished’ by the hunk until they came face-to-face in real life