An extraordinary row broke out last night after the Government’s top lawyer accused the Tory MP dubbed the ‘Prime Minister for the Day’ of conspiring with Brussels to keep Britain in the EU’s customs union.

Eminent QC Mr Cox warned colleagues that he thinks Mr Letwin is attempting to engineer Britain staying tied to EU customs and tariff rules and is being helped by Brussels to do so. 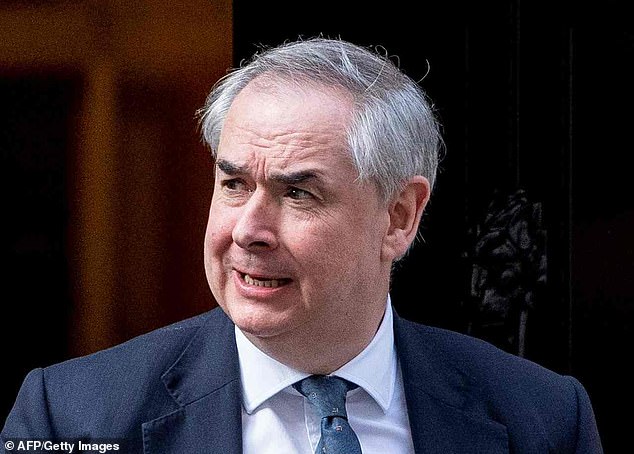 Mr Cox (above) opened up to several colleagues about his theory in a significant deepening to the ongoing Tory civil war. He warned colleagues that he thinks Mr Letwin is attempting to engineer Britain staying tied to EU customs and tariff rules

Old Etonian Mr Letwin has worked with Commons Speaker John Bercow to give MPs the whip hand over Downing Street on how to break the Brexit impasse through a series of indicative votes designed to water down the UK’s exit or halt it all together.

However, the Europhile’s plan misfired last week after no soft Brexit solution was found to command a majority in Parliament – but staying in the customs union was a popular option, achieving the backing of 265 MPs. 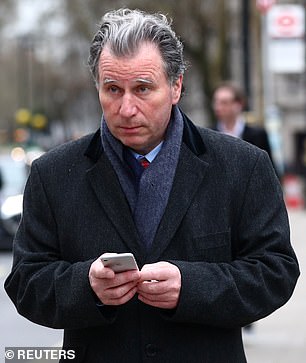 The Government’s top lawyer accused the Tory MP dubbed the ‘Prime Minister for the Day’, Oliver Letwin, above, of conspiring with Brussels to keep Britain in the EU’s customs union

Another attempt to poll MPs on what they want to happen will take place tomorrow, and possibly again on Wednesday, after Commons rules were ripped up to allow backbenchers to seize control of the agenda.

After the unprecedented procedural changes – only made possible with the backing of Mr Bercow – Mr Letwin, 62, was nicknamed ‘the real PM’ and ‘PM for the day’, marking a dramatic turnaround for a man whose career has been littered with gaffes and controversy.

But his actions left Cabinet Ministers fuming, with Mr Cox opening up to several colleagues about his theory in a significant deepening to the ongoing Tory civil war.

Sources have told this newspaper that the respected lawyer informed ‘at least half a dozen’ MPs that he believed Mr Letwin was being helped by Brussels to undermine the Government. 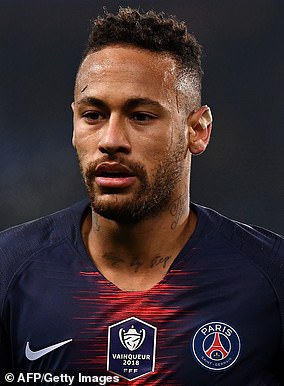 A Government source said the DUP’s stance in wanting to discuss where the successors to Brazilian star Neymar, above, will train in 11 years’ time showed how ‘exasperating the entire process has been’

The DUP demanded as part of its negotiations with Theresa May that star footballers from Brazil and Argentina should be based in Belfast if a joint British and Irish bid to host the 2030 World Cup is successful.

Sources close to the thwarted negotiations say that the Unionists made a series of demands as conditions of their possible support – including that players from the two Latin American sides should have their training bases in the city.

The talks broke down after the ten DUP MPs concluded that the political deadlock was likely to end in a General Election, which they did not want to fight while associated with the hated ‘backstop’ element of Mrs May’s deal.

The idea of a joint bid to host the tournament has been supported by the Prime Minister.

In Belfast last month, she described a joint bid by Ireland, Northern Ireland, Scotland and Wales as a ‘tantalising possibility… should our respective football associations choose to pursue this’.

A source close to the DUP said: ‘We want Brazil in particular because they have a cult following in the province.

‘It is something we would have asked for anyway – but the fact they need our votes doesn’t do any harm.’

A Government source said the DUP’s stance in wanting to discuss where the successors to Brazilian star Neymar, right, will train in 11 years’ time showed how ‘exasperating the entire process has been’.

One Minister said: ‘He thinks that they have had agreed to wording around staying in the customs union in order to give the attempt a maximum chance of success.’ However, Commission insiders denied any contact, insisting ‘the ball is now more than ever entirely in the UK court’.

A senior EU official told The Mail on Sunday: ‘A solution to the current dilemma can only be found in London.’

In the first round of votes on Wednesday, none of the eight options considered – including staying in the customs union and a second referendum – was able command a majority.

However, the MPs involved – including Mr Letwin and fellow Tory Nick Boles as well as Labour’s Yvette Cooper and Hilary Benn – have plotted over the weekend to try to coalesce around one of the various proposals before the fresh votes tomorrow.

Last night, Mr Boles accused the Government of attempting to frighten MPs into backing the PM’s deal with the claim about Mr Letwin and the threat of a customs union.

He told The Mail on Sunday: ‘While we have monitored very closely the public statements by Mr Barnier and his team as to what they would be willing to accept, we have had no contact with any part of the EU to discuss it.’

He added that he could ‘understand why there is an effort to frighten people into backing the PM’s deal, but we have always felt it would be quite wrong to open a separate channel of negotiation.’

Dominic Grieve faces being ousted from his Commons seat after losing a confidence vote at the hands of his local Conservative Party members.

The arch-Remainer MP’s humiliation comes after The Mail on Sunday exposed a secret meeting he had with Speaker John Bercow just hours before centuries of parliamentary tradition were abandoned and MPs were allowed to scupper Theresa May’s Brexit proposals. 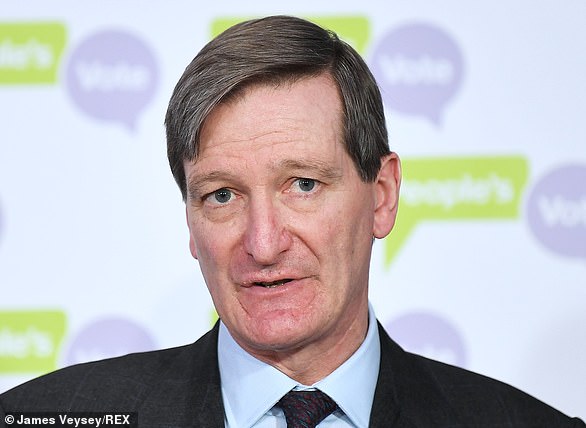 In a stormy meeting in Mr Grieve’s Beaconsfield seat on Friday, angry Tory members – some shouting ‘traitor’ – voted by 182 to 131 to express no confidence in him.

The vote raises the spectre that party members in the constituency will go on to demand that he is not the party’s candidate at the next General Election.

Tory activist and ex-Ukip member Jon Conway said the ‘unprecedented’ move ‘dealt a massive warning to all MPs who do not fulfil their Election promises and fail to understand they represent the voters’.

Mr Grieve claimed he was the victim of an ‘orchestrated campaign’ by Mr Conway.