Facebook CEO Mark Zuckerberg is calling for more outside regulation in certain areas to update internet rules, which he thinks would help take the burden of keeping web users safe off of digital companies.

In an opinion piece in , Zuckerberg said governments and regulators rather than private companies like his own Facebook should be more active in policing the internet.

‘Every day, we make decisions about what speech is harmful, what constitutes political advertising, and how to prevent sophisticated cyberattacks,’ he wrote. ‘These are important for keeping our community safe. But if we were starting from scratch, we wouldn’t ask companies to make these judgments alone.’ 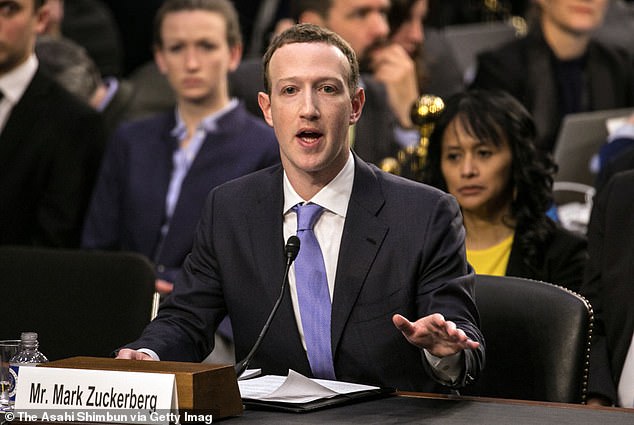 More regulation over what constitutes harmful content could ‘set a baseline’ for what is prohibited and require companies to ‘build systems for keeping harmful content to a bare minimum,’ he wrote.

Zuckerberg added that if governments and regulators played a more active role in policing the web, then ‘By updating the rules for the Internet, we can preserve what’s best about it — the freedom for people to express themselves and for entrepreneurs to build new things — while also protecting society from broader harms.’

The 34 year old wrote that the four main areas that are most in need of new regulations are ‘harmful content, election integrity, privacy and data portability.’

While citing the fact that Facebook ‘continually’ reviews its policies for deciding what constitutes terrorist propaganda, hate speech and other forms of harmful content, Zuckerberg acknowledged that ‘we’ll always make mistakes and decisions that people disagree with.’ 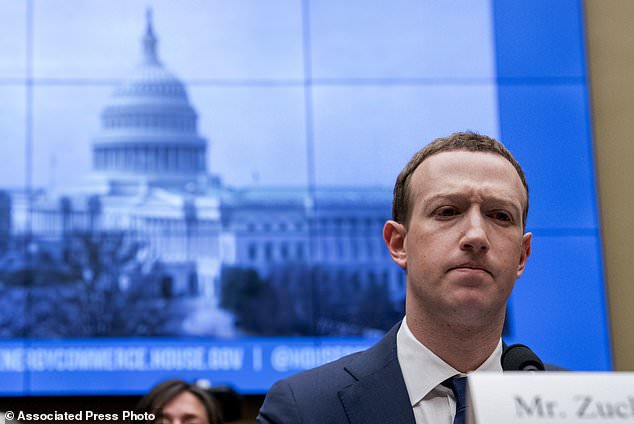 That’s why he believes that ‘we shouldn’t make so many important decisions about speech on our own,’ which is why Facebook is putting together an independent body which would allow people to appeal decisions. It’s also why they allowed French regulators to temporarily ’embed’ themselves at Facebook HQs to see if there was a better way to go about removing certain types of content starting in January, as reported.

Zuckerberg also touched upon the issues of protecting elections and how having stronger internet regulations would help companies be more effective at ensuring the identities of ad purchasers, especially when it’s not immediately crystal clear whether or not an ad is actually a political one.

He said privacy rules such as the European Union’s General Data Protection Regulation, which took effect in Europe last year, should be adopted elsewhere in the world.

The GDPR’s aim is ‘to protect all EU citizens from privacy and data breaches in today’s data-driven world’ through a series of . Failure to adhere to the polices could result in heavy fines for web companies.

Zuckerberg’s op-ed comes days after Facebook was criticized following the March 15 shooting rampage at mosques in New Zealand that killed 50 people and was broadcast live on Facebook.

Facebook said Thursday it was extending a ban on hate speech to white nationalists and white separatists.

Zuckerberg and others are ‘beginning to realize the wild, wild West of the Internet of the past, those days are gone,’ said Tim Bajarin, president of consultancy Creative Strategies. ‘And the Internet and especially social media sites now need to be looked at closer by government entities.’

Zuckerberg submitted to two days of grilling on Capitol Hill last April to address how Facebook used personal data in the wake of the 2018 political Cambridge Analytical data breach scandal.

Earlier this month, Zuckerberg said he was shifting the company’s focus to messaging services designed to serve as fortresses of privacy.