A Nazi rocket-powered plane which Hitler hoped would defeat the Allies in the final years of WWII was just as dangerous for its new pilots according to a new exhibition.

The Messerschmitt Me 163 is the only rocket-powered fighter aircraft ever operational and ascended almost vertically at speeds of 700mph, a record for its time.

Its role as an interceptor was to tear through enemy formations before flying back down for a second attack.

But far from being a potent war weapon for the Nazis, the Messerschmitt Me 163 was just as deadly for its own fighters according to a new exhibition at the Deutsches Museum in Munich, according to . 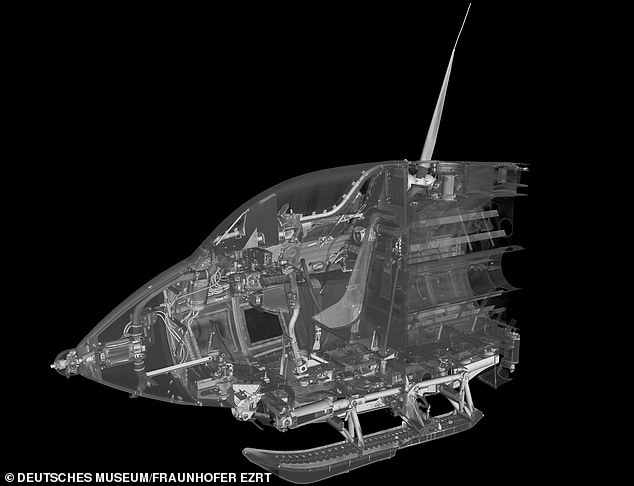 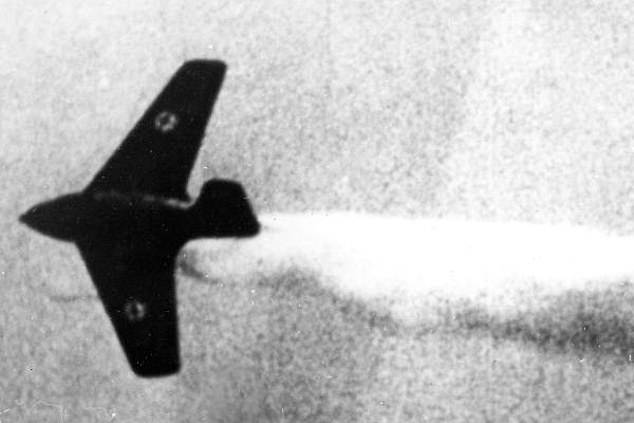 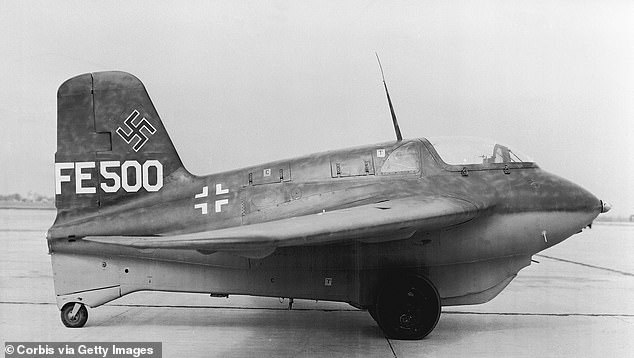 The plane, first used in conflict in 1944 towards the end of WWII, is the only rocket-powered fighter aircraft ever operational

More than 300 aircraft were built but they destroyed as few as nine Allied bombers, and new X-rays show there may have been even more faults than were previously known.

Many pilots were killed during testing and its fuel would run out after a few minutes, leaving them easy targets for enemy fighters.

The burning period of the engine was very short due to the incredible velocity it had to generate, which meant the pilot would often have to return on a glide.

Andreas Hempfer, an aviation curator at the museum which is the world’s largest science and technology museum, said there was a ‘myth’ in Germany that these planes were a masterpiece of Nazi engineering. 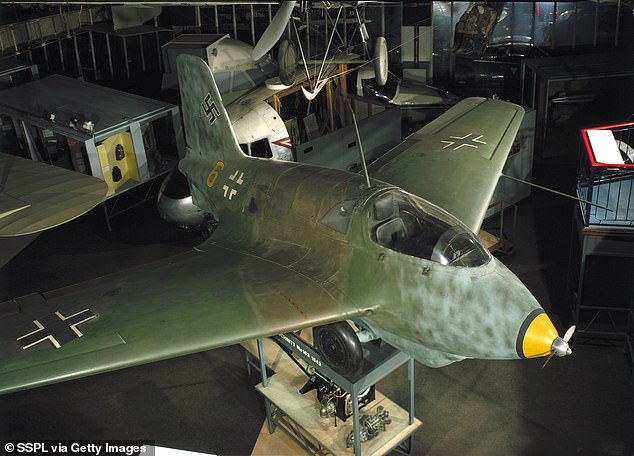 The interceptor accelerated almost vertically at a speed of 700 mph, a record for its time 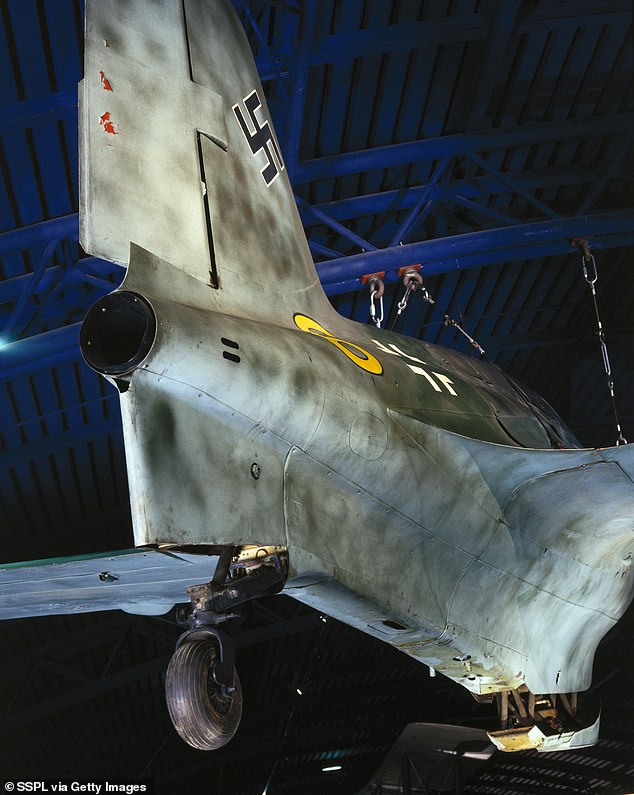 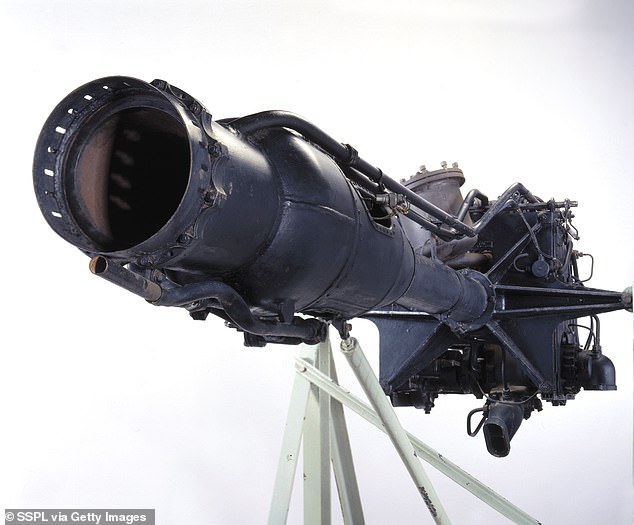 He said: ‘There were no hypermodern German “wonder-weapons” that could ever have changed the course of the war.

‘These claims were disseminated from the 1950s by the German aerospace industry, which had obviously lost its connection to the great powers after 1945, in an attempt to justify its comeback.

‘It was extremely dangerous for its own pilots and turned out to be a technical dead end.’

Another curator Felix Wander said pilots of the Messerschmitt Me 163 were considered disposable by the Nazis which explains the high death rate.

The Deutsches Museum has sent one of its own planes for an x-ray to reveal the secrets of its internal engineering.

Early results show there may still be liquid in the plane’s hydraulic system.