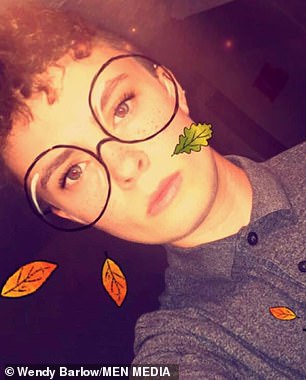 Darren Jenner, 18, from Blackpool, was spared jail after ‘bottling’ someone, and has escaped detention once again after breaching a community order

A transgender thug has been spared jail over a bottle attack, after a judge said he would not be ‘comfortable’ in a women’s prison.

Darren Jenner, 18, from Blackpool, had been subject to a community order after he was found guilty of ‘bottling’ someone.

But Jenner, who was transitioning from a woman, had flouted the order he had been given at Preston Crown Court last July by not turning up for appointments because he had been in bed.

The 18-year-old appeared at Burnley Crown Court, where he admitted breaching the order, between last October and February.

His barrister said he had been in a ‘dark place,’ and the judge who made the order said that was why he had taken the lenient course and imposed it instead of four months in detention.

But despite breaching the order, Jenner was again spared jail – with Judge Andrew Jefferies, QC, taking into account how ‘uncomfortable’ he would be in a female prison.

The breach hearing was told Jenner had no viable explanation for not adhering to the order and said he had usually been asleep – which the judge said didn’t fill him with any great joy and made him ‘feel like an idiot.’

Katie Jones, prosecuting for the probation service, said ‘quite lengthy steps’ had been taken to ensure Jenner complied, his complex needs had been taken into consideration and extra allowances had been afforded.

Miss Jones said: ‘If he can convince the court that from now on he will fully comply they would be recommending the breach be marked by an electronic curfew.’ 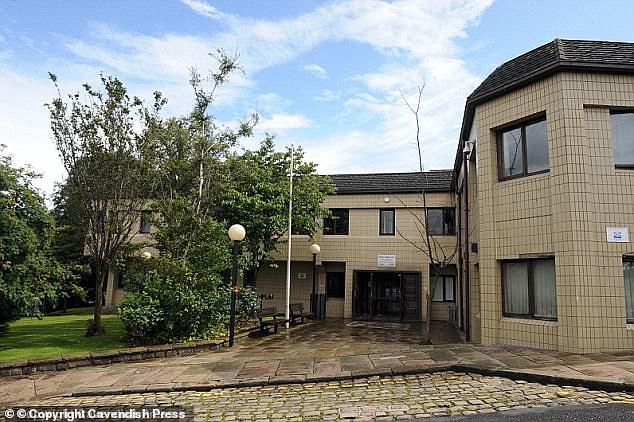 The 18-year-old appeared at Burnley Crown Court (pictured), where he admitted breaching the order, between last October and February

She said the probation service asked that the order continue. Miss Jones added Jenner had had no record before the wounding offence, but had been convicted of being drunk and disorderly since.

Sarah Gruffydd, defending, said he had been in ‘ a dark place.’

He had realised he couldn’t just wallow at home and was now working towards employment.

The defendant was hoping to secure work at the Pleasure Beach or Sandcastle in Blackpool and was now ready to grow up.

She told the court the probation service said his compliance had recently been good.

The barrister told the court: ‘He is a young man with a terrible background, who has struggled to come to terms with his problems, to address them.’

The judge said he had originally given Jenner the community order as he understood the transition he was going through had emotional effects that may have played a part in the offending and what he needed was some rehabilitation, rather than punishment.

He said: ‘Because of what I am told is the position of you recently complying and the fact that you would go to a female prison, which would not be comfortable for you or somebody else there, on this occasion I am going to do what probation asks. ‘

New government policy issued in 2016 outlined how transgender prisoners should be treated by the courts.

It stipulated that the policy should ‘take as its starting presumption a wish to respect someone in the gender in which they identify.’

But assessments are made on a case by case basis, with those wishing to go to a particular prison having to ‘provide evidence’ of why they should go there.

Jenner, of Blackpool, Lancs, was given a one -month curfew at his home, between 7pm and 7am.

Cowboys proprietor Jerry Jones argues an 18-game common season would make the NFL safer
Sam Faiers shares a kiss with Paul Knightley in Sardinia
Renault’s futuristic EZ-PRO is an all-electric with customisable pods
Ouch, that looks Thor! Chris Hemsworth's son, four, wears a plaster cast
The love letters George H.W. Bush wrote to his Darling Bar - the wife he adored for 73 years
Woman in her 70s escapes as bungalow explodes in Buckfastleigh Devon
Consumers only have one month left to claim compensation for mis-sold payment protection insurance
Boris Actually: He's the first PM to live in No 10 with a girlfriend since...Hugh Grant!