She often delights fans with her candid and unedited posts on Instagram.

And, Jessie J left her boyfriend Channing Tatum gobsmacked on Thursday as she shared a photograph of herself posing completely naked whilst stood in a shower, with a male pal sat on the toilet next to her, with his trousers around his ankles.

The Flashlight singer, 31, garnered attention from her partner, 38, as he left a gushing comment on her racy snap, stating: ‘I don’t have words for how much i love this’. 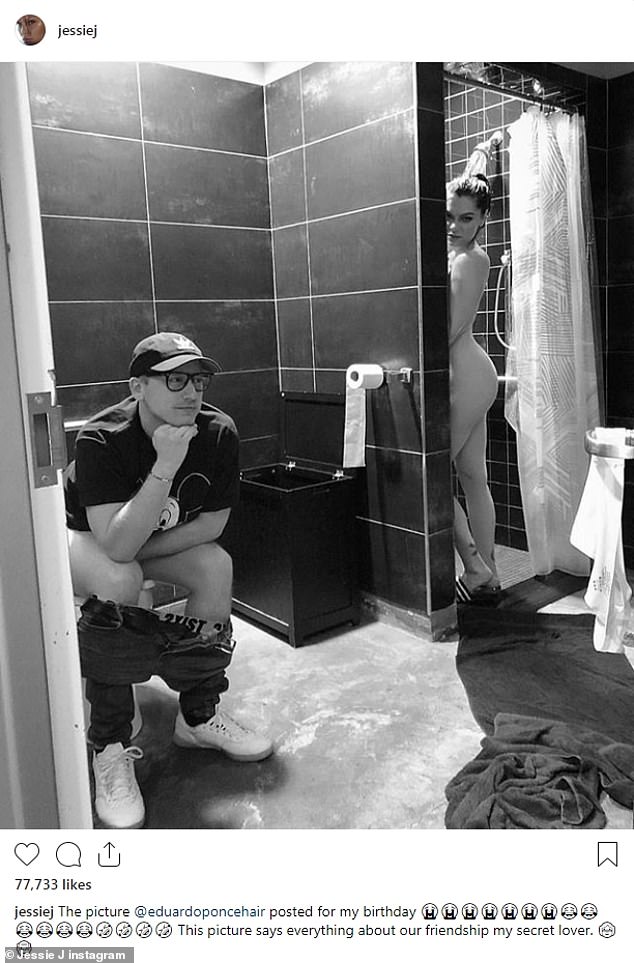 No way! Jessie J, 31, left her boyfriend Channing Tatum gobsmacked on Thursday as she shared a photograph of herself posing completely naked whilst stood in a shower, with a male pal sat on the toilet next to her, with his trousers around his ankles

Jessie captioned the black-and-white snap ‘The picture @eduardoponcehair posted for my birthday. This picture says everything about our friendship my secret lover,’ followed by a series of laughing faces.

Staring seductively at the camera, wearing nothing but a pair of stripey sliders, the singing sensation displayed her womanly curves as she took a pause from showering.

In the same photograph, her beautician pal Eduardo could be sat on the toilet with, leaning forward and resting his chin on his hand as if in deep thought.

Jessie’s naked post comes after he boyfriend Channing praised the musician on her 31st birthday in a sentimental tribute thanking her for simply, ‘being herself’. 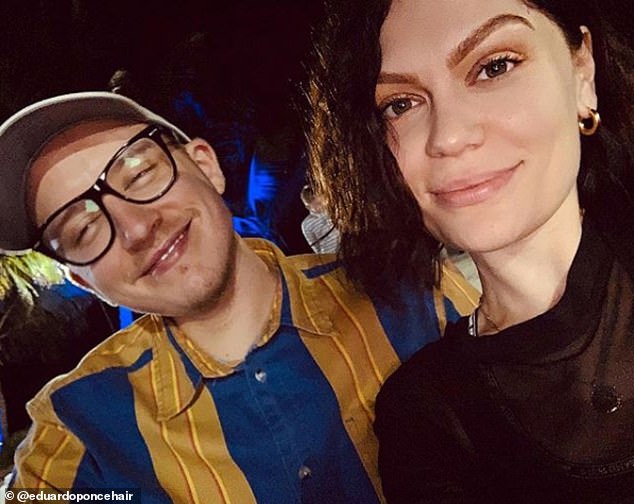 Friendship goals: The star captioned the shocking snap ‘The picture @eduardoponcehair posted for my birthday. This picture says everything about our friendship my secret lover’

In awe: The singer garnered attention from her partner, 38, as he left a gushing comment on her racy snap, stating: ‘I don’t have words for how much i love this’ 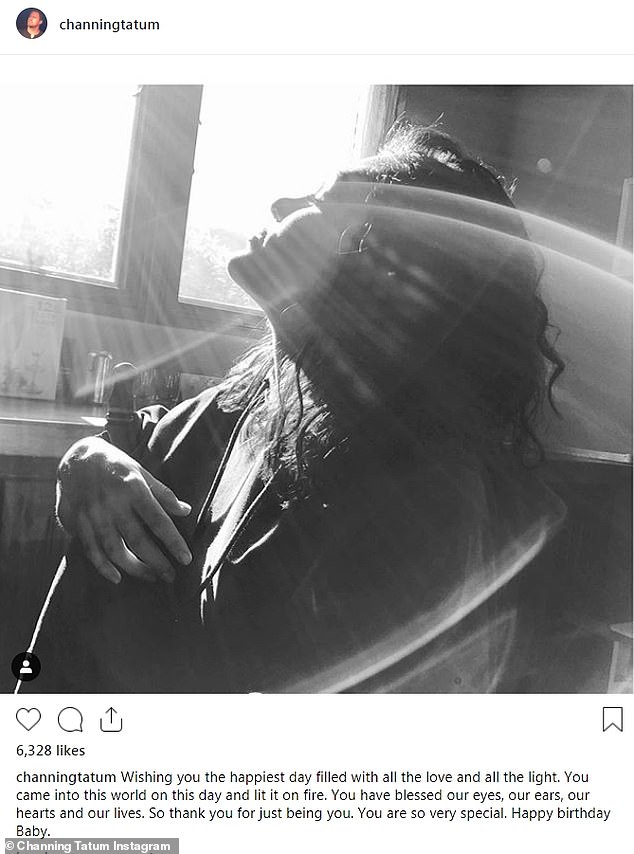 Declaring his adoration for the beauty, the Magic Mike actor posted a gorgeous sunkissed picture on and wished her ‘all the love and all the light’ on her special day.

Channing wrote: ‘Wishing you the happiest day filled with all the love and all the light. You came into this world on this day and lit it on fire.

‘You have blessed our eyes, our ears, our hearts and our lives. So thank you for just being you. You are so very special. Happy birthday Baby.’

In response to the sweet post, Jessie teased Channing on her Instagram Stories writing: ‘Whale you be mine?’ beside a humorous illustration. 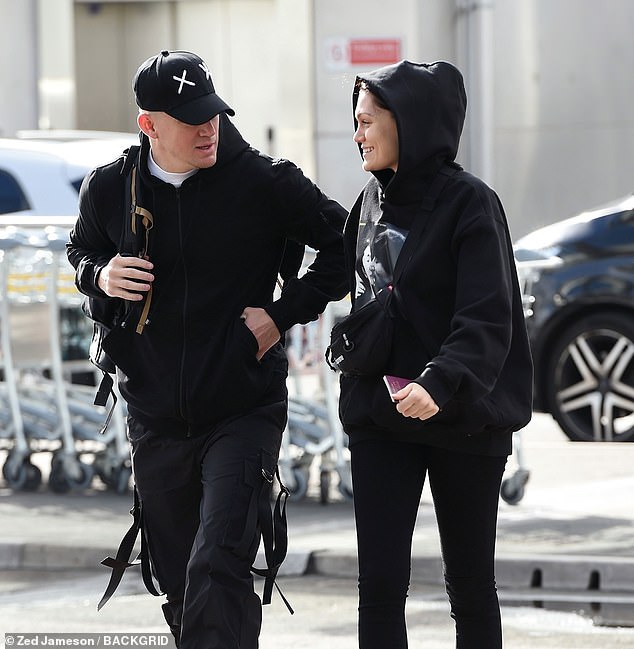 It’s official: Channing and Jessie were seen in public for the first time only two weeks ago

Channing Tatum and Jessie J seem to be inseparable, and love was definitely in the air when they were pictured together at the airport. Check out Jessie’s hoodie!

It features an iconic image of John Lennon and Yoko Ono kissing, which appeared on the cover of the Double Fantasy album. Add in a Supreme belt bag and Balenciaga trainers and Jessie J was certainly travelling in style.

Her hooded sweatshirt is from the Opening Ceremony x Yoko Ono x Shinoyama collection and you can click (right) to buy it now. Everybody needs a cosy hoodie for dressed down days, so why not invest that little bit more in a really good one?

Or check out the best of the rest in our edit below, ranging from Zara and Asos to McQ Alexander McQueen. 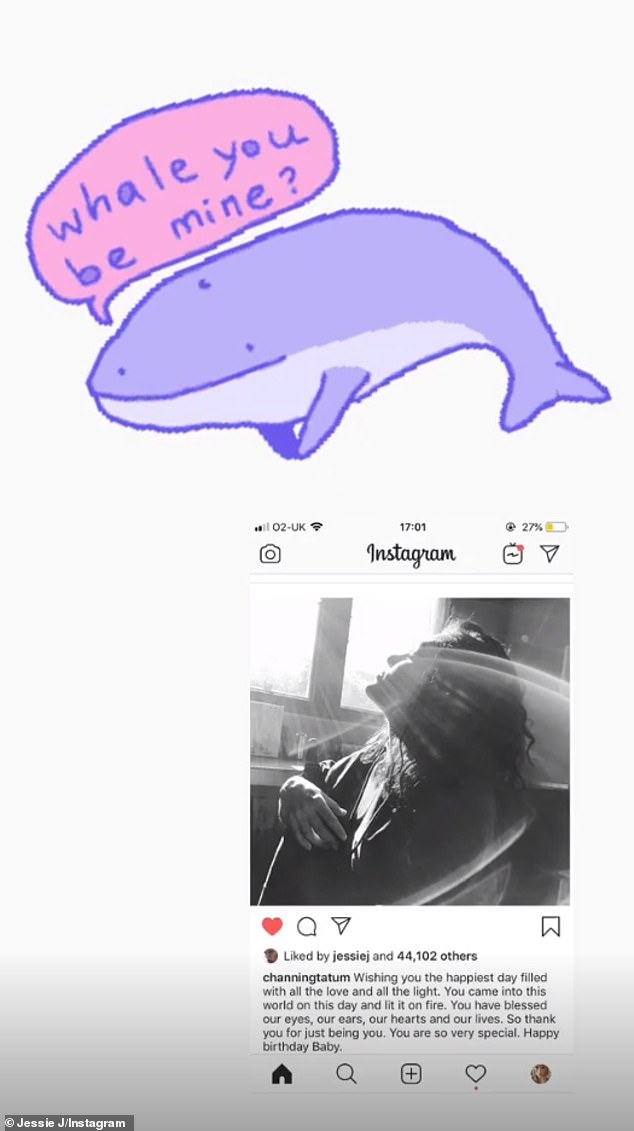 It’s only been two weeks since the couple were seen in public together for the first time.

However, it’s not the first time Channing has publicly shared a tribute to Jessie on his Instagram.

Earlier this month, he called her ‘the hottest Instagram food model in the game’ underneath a sexy bikini snap of Jessie reclining by a picnic.

And back in November, while romance rumours were still unconfirmed, Channing teased his followers by praising her for talking about her fertility struggle onstage, while he sat in the audience at her Royal Albert Hall show. Getting serious: The pair look absolutely smitten with one another, making several outings together in London this month

He said: ‘This woman just poured her heart out on stage at the Royal Albert Hall. Whoever was there got to witness something special. Wow.’

Channing is clearly infatuated with Jessie, to whom he was first romantically linked since last October, which took everyone by surprise.

The actor’s separation from wife Jenna Dewan was confirmed in April 2018, after nine years of marriage.

They share five-year-old daughter Everly, 13 years after meeting on the set of dance film Step Up. Hot: Channing went so far as to call Jessie ‘hot’ in a very public comment earlier this month 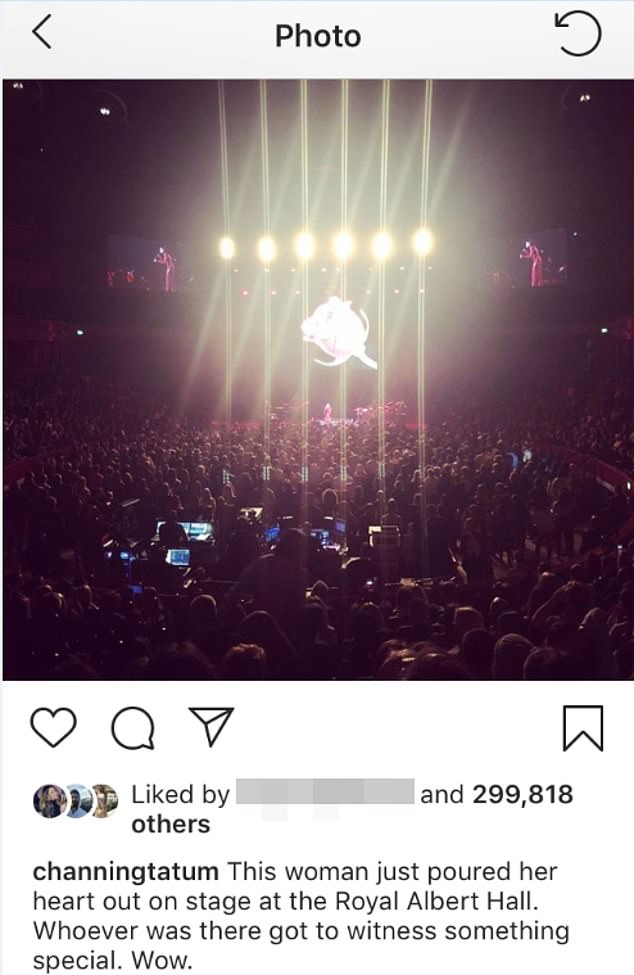 Going public: Back in November, Channing posted his first declaration to girlfriend Jessie