A restaurant is laying claim to serving up the UK’s largest mixed grill – which contains more than four kilograms of meat including 20 chickens, half a lamb and three fish.

The 9,000 calorie Killer Mixed Grill at Jack’s Bar and Cafe in Wolverhampton includes 30 chickens wings, 16 pieces of chicken breast, 16 chicken nibblets, 24 fish pakora and six lamb kebabs – with a mountain of chips, two naan breads and some salad thrown in for good measure.

The restaurant charges £50 for the deeply unhealthy meat feast, which becomes free if the plate is cleared – although so far only one of 50 challengers has managed to leave the table at the cafe victorious.

When the side dish is double the size of a normal plate on its own, you know you’re in trouble. 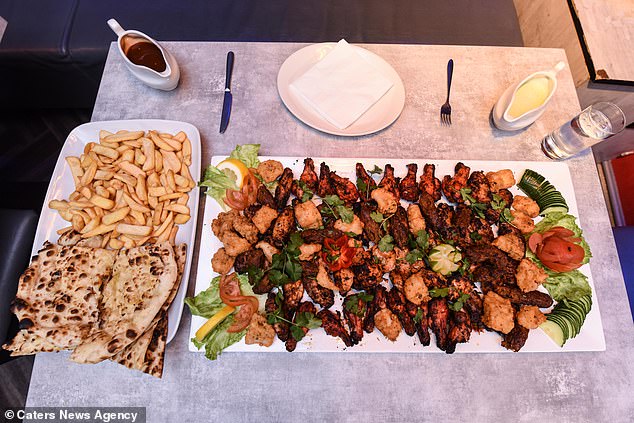 Tuck in! How customers at Jack’s Bar and Cafe in Wolverhampton are served the Killer mixed grill, which contains 30 chickens wings, 16 pieces of chicken breast, 16 chicken nibblets and 24 fish pakora – and 9,000 calories 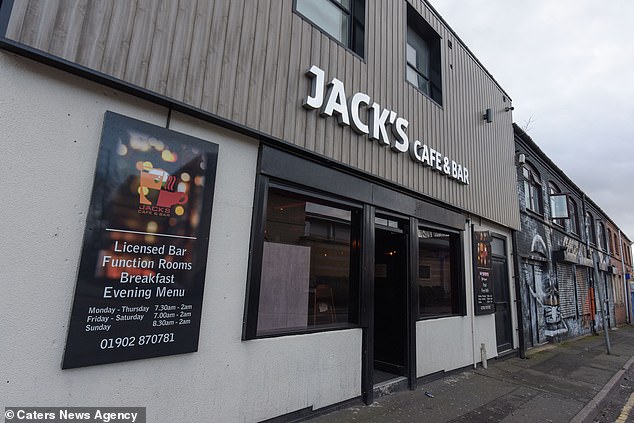 Co-owner of the cafe, Jimmy Deol, says people who can bring back an empty plate can eat the £50 feast for free 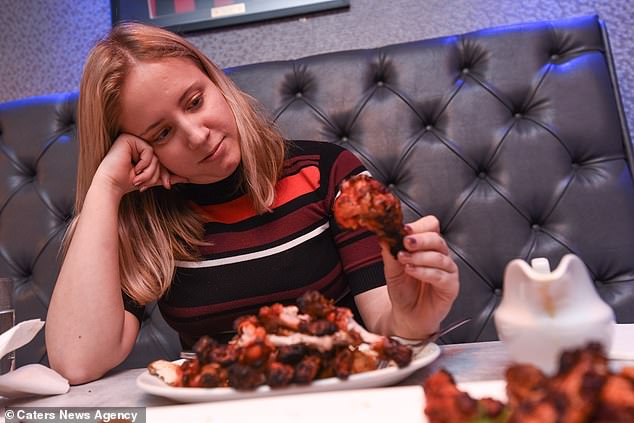 Diner Jess Grieveson-Smith gets to grips with (another) piece of chicken; she described the food as cooked ‘really well’ but says after consuming at least 20 chicken wings, she felt like she needed to be ‘rolled out of there’

It seems an insurmountable challenge – and one of the restaurant’s two owners, Jimmy Deol, said he sees few people even attempt it.

Jimmy said: ‘It’s got to be the UK’s biggest mixed grill. It takes only about 20 minutes to make, with roughly around six skewers of meat going into the clay oven.

‘The fish is cooked separately with the pakora batter – it has to be deep fried. In order for someone to complete the challenge, they have to eat absolutely everything – including the naan bread.’

She revealed: ‘I was hungry before I sat down; I tried not to eat all day before the challenge.’

‘There’s an hour-long time limit and in that time I think I probably ate around 20 chicken wings, a whole skewer of kebab meat plus some chips and naan.

‘I’m not the biggest person and I felt like I needed to be rolled out of there.’

Due to the low number of success stories, Jack’s opened the doors for couples to complete the challenge together. 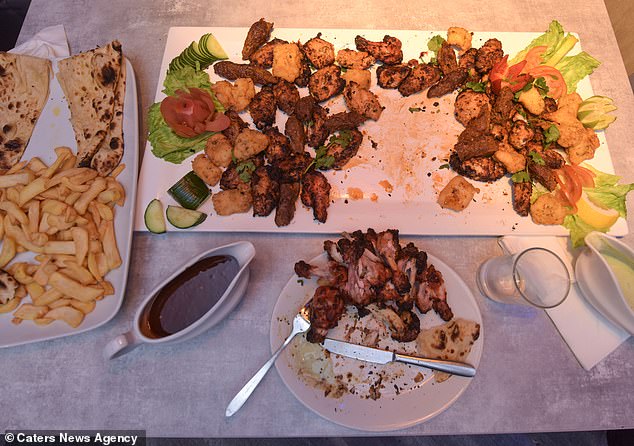 A dent…but still lots to eat. The cafe has seen only one person actually finish the plate so far, but has had around 130,000 views on Facebook from people keen to watch others eating it 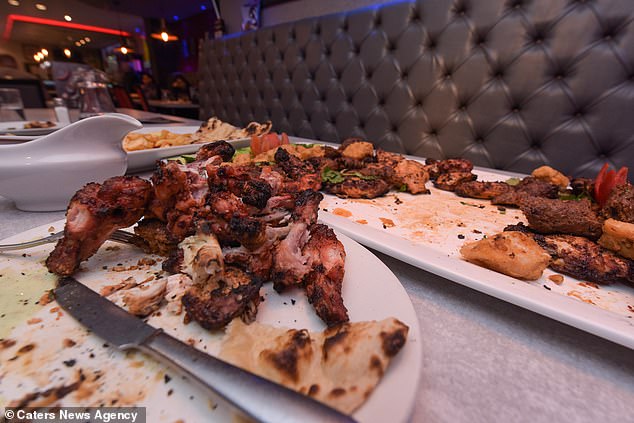 The bones of a good PR stunt: diners who walk away £50 lighter get a certificate saying they’ve failed the challenge 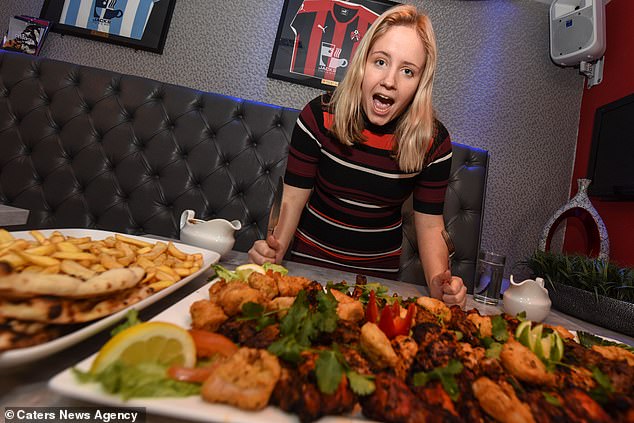 The calorific meal managed to easily defeat journalist Jess Grieveson-Smith, who ended up devouring about a quarter of the giant rectangle plate

And more than 130,000 food challenge fans have watched Facebook Live videos of people taking on the Killer Grill challenge.

Jimmy added: ‘It seems it’s too big for one person alone. I’ve only ever seen one couple be successful and eat the lot, and that’s only out of the 50 that have dared to have a go.

‘We’ve got into the habit of giving out certificates to our losers, with ‘wimp’ written across them.

‘We’ve been sharing the disastrous attempts of people trying to eat it all on our social media, and it’s certainly drummed up the interest.’

Children are being exposed to extreme diet advice on Instagram
Ben Foden weds his girlfriend of TWO WEEKS in intimate ceremony on a yacht in Nantucket
Nicolas Maduro's death squads 'have executed 57 people in just one month in Venezuela'
Judge praises bravery of beauty therapist, 31, taken hostage and stabbed by her ex
Hertfordshire police arrive at home of museum curator who tweeted how to destroy bronze statues
GDP plummeted by 20.4 PER CENT in April amid coronavirus chaos
HS2 activists get caught in a stand-off with security officers at treehouse camp
Exeter coronavirus vaccine trial: Routine BGC vaccine is given to 1,000 people at Exeter University