Not even Naomi Campbell couldn’t resist a selfie outside the outstanding new National Museum of Qatar.

The 48-year-old captured photos of herself in front of the striking new building, designed by French architect Jean Nouvel, as she attended the grand opening on Wednesday in Doha.

Guest of honour Naomi looked refined in a floor-sweeping white gown and sunglasses as she held up her phone, admiring the exterior. 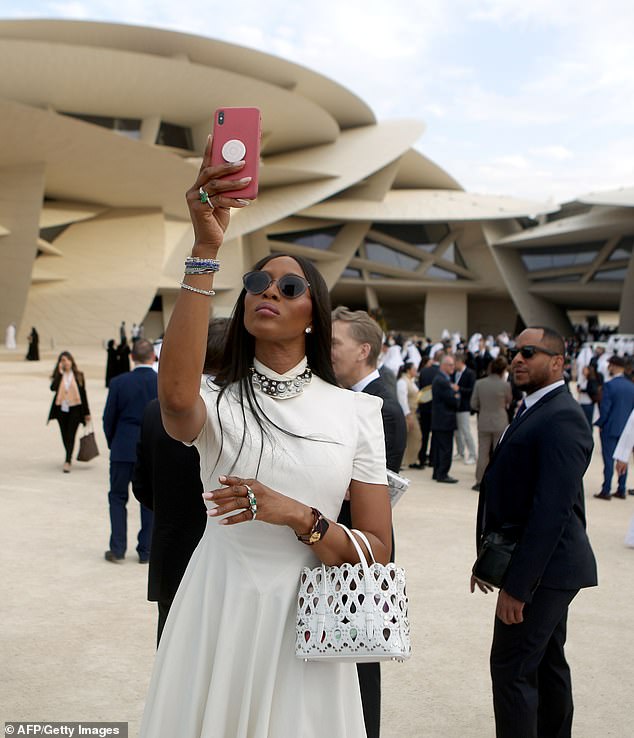 Official opening: Naomi Campbell attended the inauguration ceremony of the National Museum of Qatar on Wednesday in Doha

The idea for the striking design is inspired by the complex architectural form of a desert rose, found in Qatars arid desert regions.

An awestruck Naomi took her own photos of the exterior, before posing for some official portraits outside the brand new building.

She wore the perfect bright white gown, complete with a bejewelled collar necklace that framed the top of the high-neck dress. 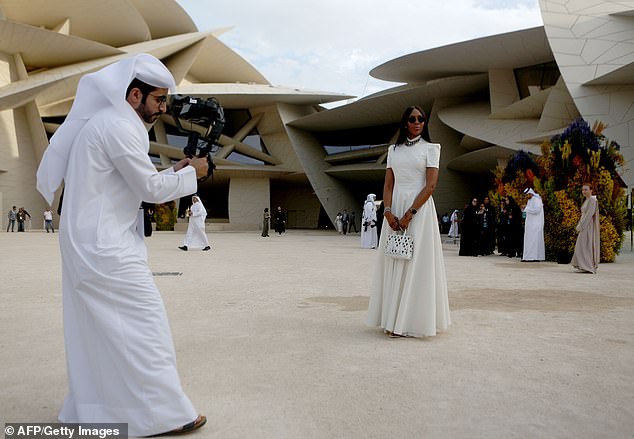 Guest of honour: After taking her own phone photos of the extravagant museum, Naomi posed for some official portraits 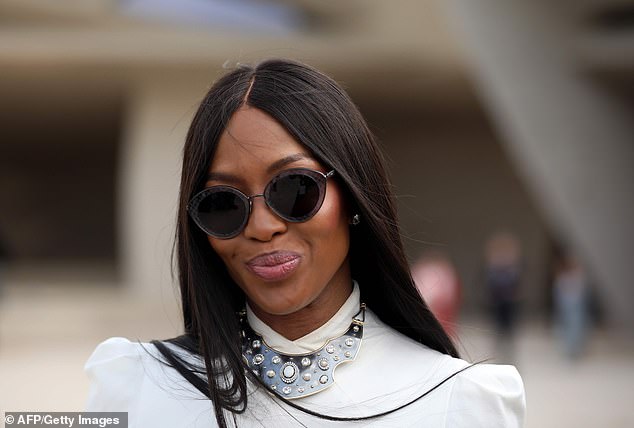 Glamorous: As ever, the model made a glamorous appearance, wearing sunglasses and a decadent choker necklace

She carried a white lasercut handbag to complete the ensemble and kept her tinted shades on while the cameras flashed.

Naomi was just one of the well-known names invited to the inauguration ceremony, including Johnny Depp and Victoria Beckham.

The museum, with an estimated cost of $434 million, will finally be opened after three years of delays. 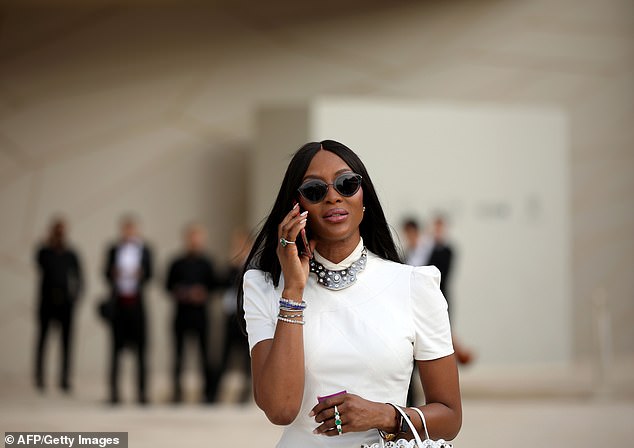 On the guestlist: Naomi arrived alone, but seemed to be glued to her mobile phone 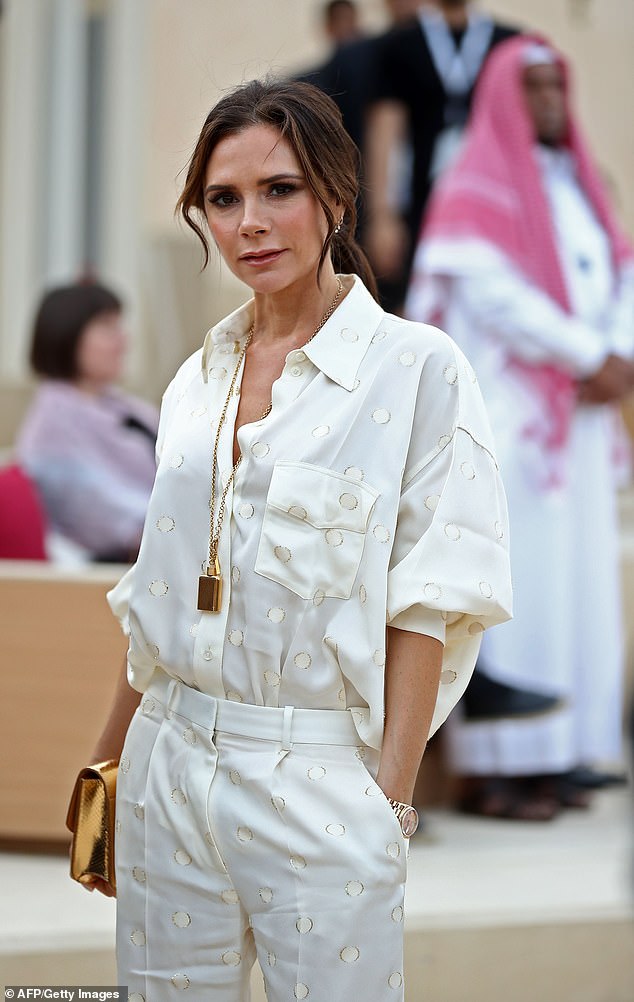 Sensational in spots: Victoria Beckham was one of the other well-known names to turn out for the opening 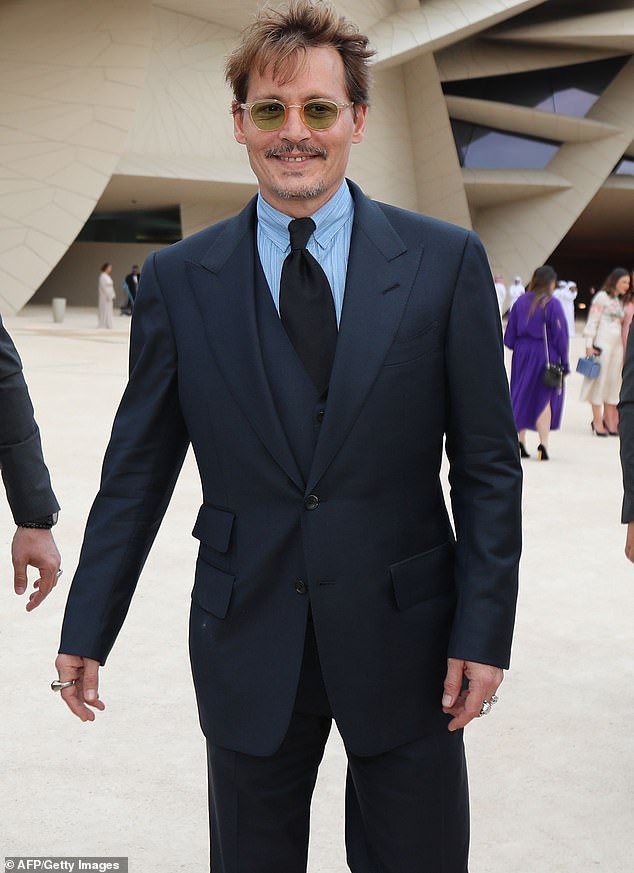 Following an exclusive viewing for high profile guests, it will welcome the public on March 28, 2019 and showcase billions of dollars worth of artistic masterpieces.

The building, which has been more than a decade in the making, looks out on Doha Bay on a 28-acre park.

Reflecting its futuristic exterior, this is a museum like no other, offering both immersive and experiential experiences to its visitors. 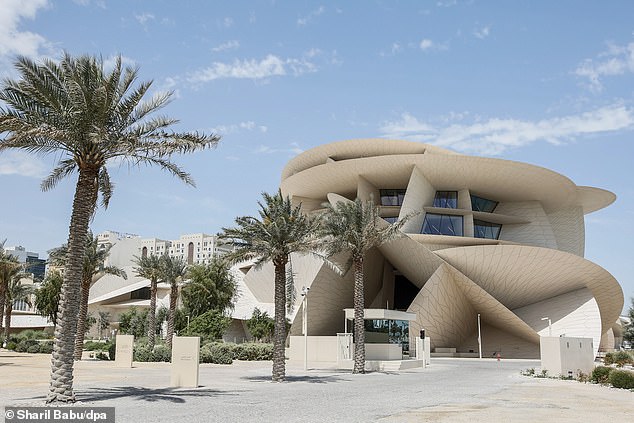 Grand unveiling: The building by French architect Jean Nouvel is inspired by the shape of desert roses, found in Qatar’s arid desert regions 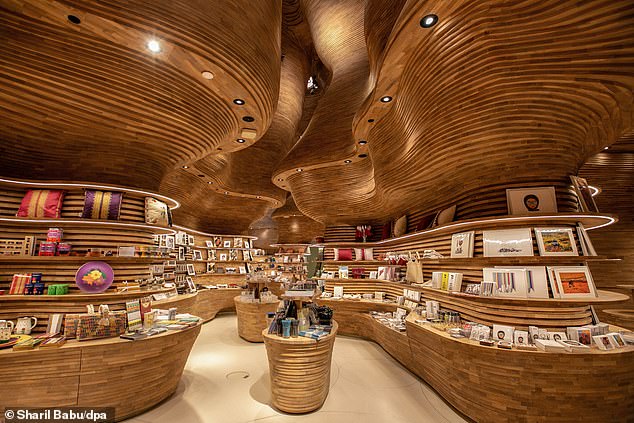 A look inside: The gift shop was designed by architect Koichi Takada 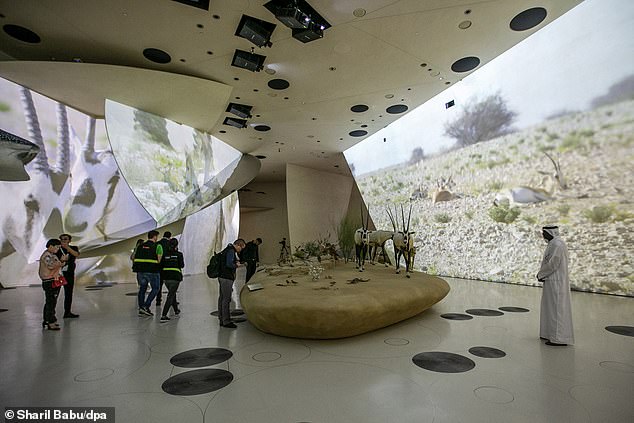 Incredible: Sydney-based Takada has designed six interiors in the museum.