Dogs who supported emergency services during terror attacks are being honoured for their service.

Seven pooches from the Met Police and British Transport Police who served during the Westminster Bridge, London Bridge and Borough Market attacks will be awarded ‘the animal equivalent of an OBE’ at a ceremony later this year.

Vet charity PDSA will pin the Order of Merit on the animals, who have been chosen to represent the Police Dogs who served during the 2017 attacks. 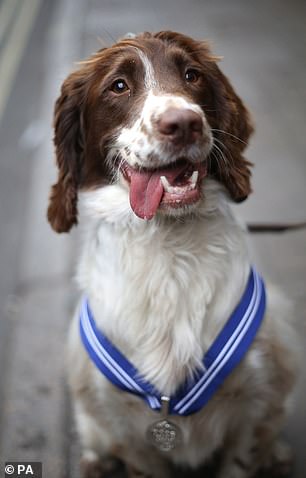 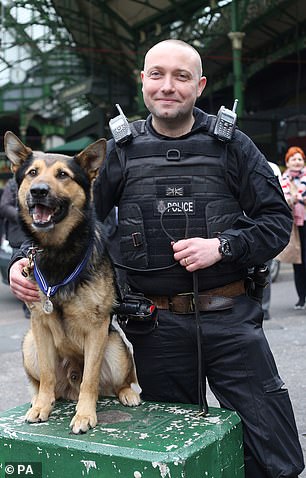 The heroic hounds and their handlers were joined by PDSA vet Rosamund Ford at the site of one attack to announce the awards today.

Ms Ford said: ‘The actions of these incredible dogs – and their handlers – was vital in keeping the public safe and allowing the emergency services to carry out their work.

‘They performed their duties in a highly-charged and unfamiliar environment that no amount of training can fully prepare them for. PDSA is honoured to recognise their devotion to duty and service to society.’

In the moments following the Westminster Bridge attack of March 22, 2017 the BTP Explosive Search Dog Section and the Met Police Explosive Detection Dog Team rushed to the scene.

BTP dogs Ollia, Oscar, Bruno and Scooby searched the chaos for possible dangerous devices on the bridge and around Parliament Square. 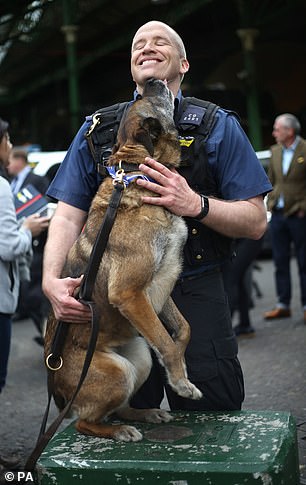 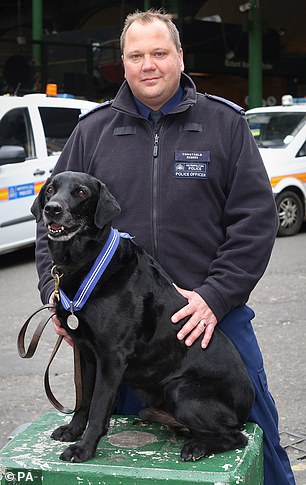 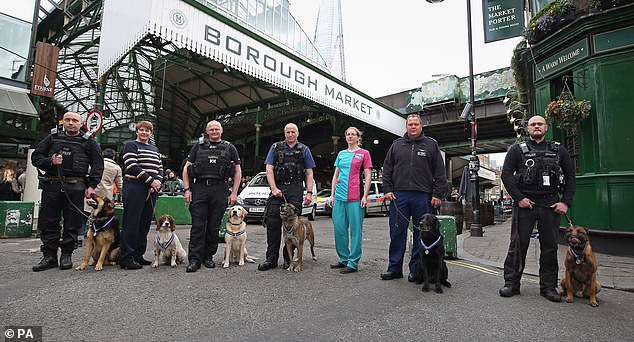 Met Police Dogs Kai and Bruce, along with their handlers, were also on the scene, searching the car that crashed into the wall of the Palace of Westminster in case it contained explosives.

The Borough Market attacks of June 3 2017 saw three attackers drive a white van into 10 pedestrians on London Bridge, seriously injuring eight and killing two, before the vehicle collided with the railing.

Attackers left the van armed with knives and looked to be wearing suicide vests, running through Borough Market assaulting innocent people. Eight people were killed and 48 were injured in the attack. 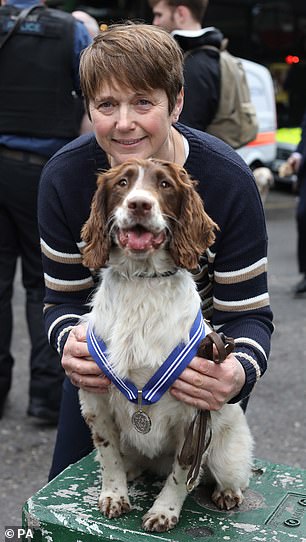 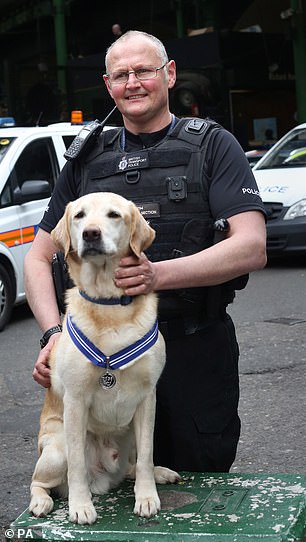 Police Dog Delta worked with his handler and a team of firearms officers to search over 30 buildings, saving vital time.

Police Dog Casper and his handler were dispatched to clear a suspect vehicle beneath a nearby railway bridge which was suspected to have contained explosives.

Casper was able to indicate the vehicle was safe, allowing visual checks to take place.

Police protocol says if an object or area is suspicious, all emergency services must withdraw until the scene is confirmed safe. Dogs and handlers put themselves in harm’s way to secure the scene and ensure safety for the public, as well as allowing life-saving treatment of casualties.

Commenting on the awards, PDSA Director General, Jan McLoughlin, said: ‘During both attacks in 2017, the role played by all of the Police Dogs was crucial. They are trained to search transport, buildings and events, usually in a non-hostile environment. Yet on these occasions they worked in unimaginable conditions, remaining calm and responsive.

‘Their devotion and service to society was incredible, especially under such distressing circumstances, and we will never forget those who lost their lives in these appalling attacks. Recognising the actions of these devoted dogs with our prestigious PDSA Order of Merit will be an honour.’ 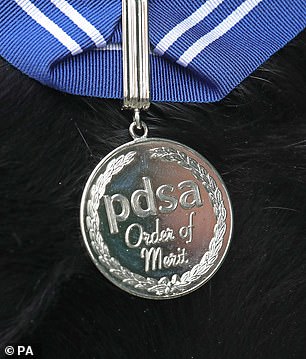 British Transport Police Inspector Paul Miles said: ‘I am immensely proud of our dogs and their handlers, and absolutely thrilled to see their bravery and resilience recognised through this very special award. They worked through physically and emotionally challenging conditions without second thought, courageously walking into danger and putting the public’s safety before their own.

‘While today is a day of celebration, the horror of 2017 will never leave us, and our thoughts will always remain with those who lost their lives and were injured in these terrible incidents.’

Chief Inspector Graham Horwood from the Met’s Taskforce said: ‘In 2017 we were sadly met with some unimaginable events and our thoughts and condolences remain with those affected.

‘Our Police Dogs and their handlers were required to work in the most challenging environments and we are delighted to hear that their extraordinary work has been recognised.

‘It is an honour for them to receive such a prestigious award and they will continue to work day and night to keep London safe.’

The Met and BTP Dogs will take the total number of PDSA Order of Merit recipients to 27, including 17 dogs and 10 horses.

The PDSA Medal, instituted in 2014, recognises animals who display outstanding devotion to their owner or wider society, above and beyond normal companionship.

PDSA’s Animal Awards Programme was instituted in 1943 by the charity’s founder, Maria Dickin, who believed that recognising animals for their heroic actions would help to raise their status in society, ensuring they are better treated.

Roxy Jacenko reveals she will be embarrassed after her Hard Chat interview with Tom Gleeson
Random fiberglass 'object' blast holes through New Jersey home
Ariel Winter shows off her curves in a sleeveless white dress at the #GirlHero Awards in Los Angeles
15 of the best Super Bowl Sunday ads
Mastermind contestant, 72, will star in the final tonight hours after his FUNERAL
How to visit Madrid for under £100 a night
American Airlines flight emergency landing in Denver passenger smoking cigarettes, punching seats
British man Aslan King, 25, is found dead