The ancestral remains of 37 indigenous people will be returned to Australia from ‘s Natural History Museum after more than 100 years.

They received the remains of an ancestor which will be kept at the South Australian Museum until the community is ready to conduct a reburial ceremony. 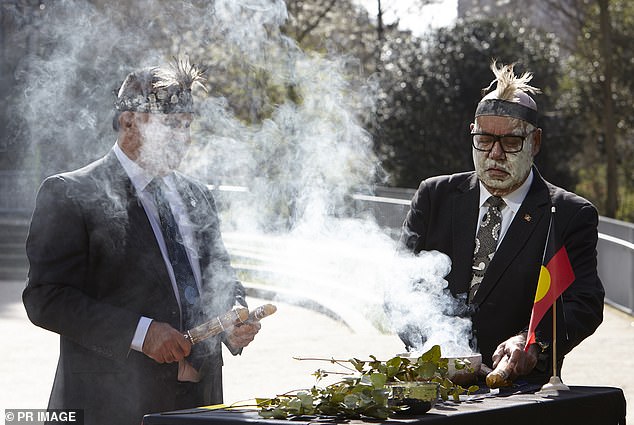 The SA Museum will also look after another seven repatriated ancestral remains.

The remaining 29 ancestral remains will go to the National Museum of Australia until the Ngarrindjeri, Far West Coast, Kaurna and Flinders Ranges communities are ready to lay them to rest.

‘This return is a significant event for our country,’ Arts Minister Mitch Fifield said in a statement.

He said the indigenous repatriation program had led to the return of more than 1,480 ancestral remains, including more than 1200 from the UK. 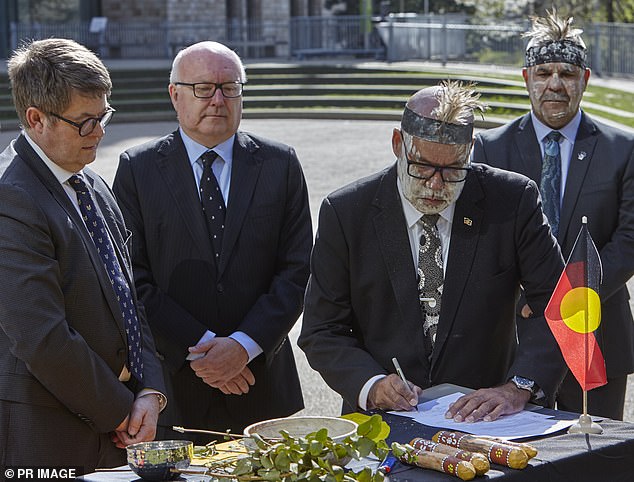 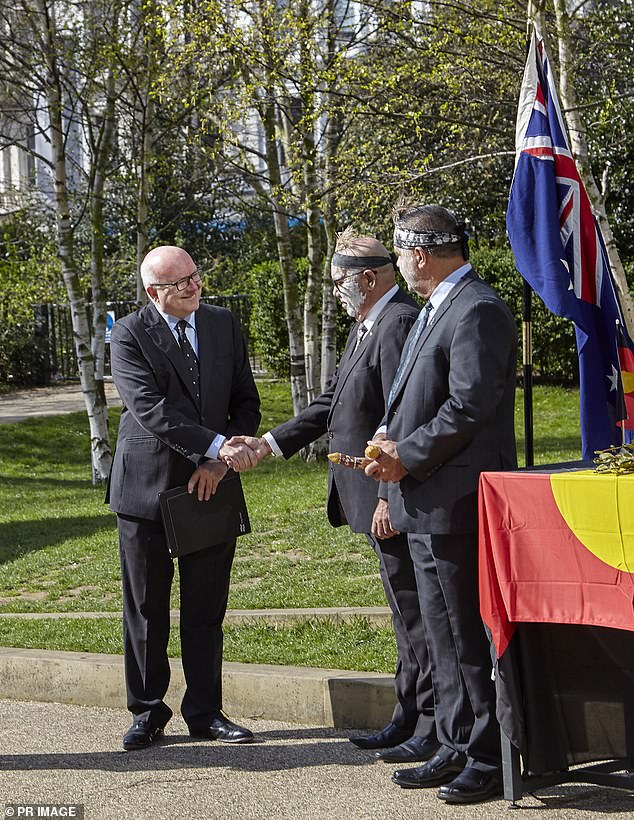 Mr Milera shakes Mr Brandis’ before the ceremony. Over 1,200 ancestral bodies have been returned from the UK under the Indigenous Repatriation Program