Liam Neeson has been removed from the Queen’s University Belfast student prospectus after he admitted wanting to kill a black man when he found out his friend was raped.

The Taken actor, 66, featured in the university’s student brochure in 2018 and 2019, but sources claim he has been removed from the 2020 edition.

He appeared in the ‘heritage and heroes’ section as he enrolled in a physics and computer science course there in 1971 but quit for a job at the Guinness brewery.

Radio Ulster claims he has been airbrushed out of the list, which includes Mary McAleese and James Francis Partridge. Queen’s University is yet to comment on the claims.

Mr Neeson has not revealed exactly when he carried the weapon, but said it was ’40 years ago’. 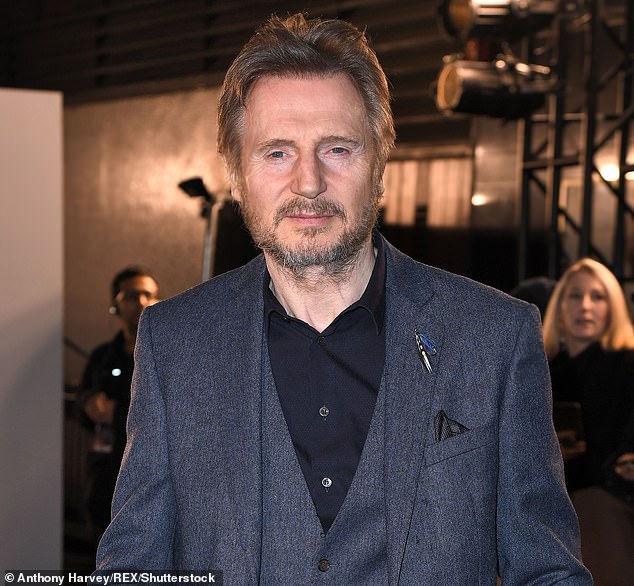 Mr Neeson was branded a racist after he made his shock confession during a publicity interview for his new film Cold Pursuit in February.

He became embroiled in a global row after admitting he walked the streets with a cosh ‘hoping some ‘black b******’ would come out of a pub and have a go so that he could kill him’.

He insisted he wasn’t racist and that he went to a priest to confess afterwards.

Mr Neeson said at the time: ‘There’s something primal – God forbid you’ve ever had a member of your family hurt under criminal conditions.’

‘She [his friend] handled the situation of the rape in the most extraordinary way.

‘But my immediate reaction was I asked, did she know who it was? No. What colour were they? She said it was a black person. 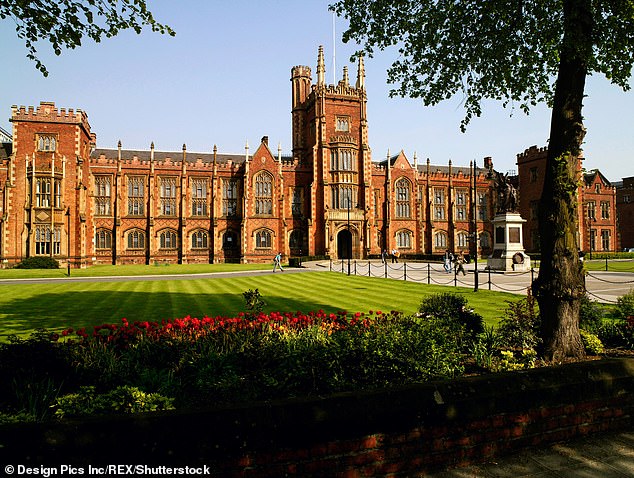 The actor, 66, appeared in the ‘heritage and heroes’ section of the Queen’s University Belfast (pictured) prospectus as he enrolled in a physics and computer science course there in 1971 but quit for a job at the Guinness brewery

‘I went up and down areas with a cosh, hoping I’d be… approached by somebody – I’m ashamed to say that – and I did it for maybe a week, hoping some ‘black b******d’ would come out of a pub and have a go at me about something, you know? So that I could kill him.’

He admitted it was a ‘horrible’ time and he’s learned a valuable lesson from his ‘awful’ reaction.

Mr Neeson added that growing up in Northern Ireland during the Troubles has given him insight into the ‘primal need for revenge’ and how destructive that can be.

The Newest: Man fatally shot in NH was wished in Maine
Heroic man attempts to take down the Bourke Street attacker with a shopping trolley
Prince Philip gets new Land Rover less than 24 hours after car crash
Female bullfighter suffers broken jaw after being gored in the face by a half-ton bull
Thought holiday water parks were a blast? Read these stories and you'll think twice
Instagram-famous firefighter films the moment he rescues a baby joey from the flames
Coronavirus: Real Madrid player 'tests positive' ahead of Champions League tie against Man City
James May's £3million superhome is STILL under construction