The Chicago Police Department is being sued after they raided the wrong home while serving out a search warrant and ruined a four-year-old’s birthday party by smashing his cake and drawing their guns.

The lawsuit says at least a dozen officers launched the raid at the South Side home on February 10, where the Bures family was celebrating the birthday of toddler Terrence Jackson, Jr.

Cops were given a warrant to search the home looking for a drug-possessing suspect, but the suspect had moved from the residence five years earlier.

On Tuesday the child’s mother Stephanie Bures and aunt Kiqiana Jackson launched a federal civil rights lawsuit against the City of Chicago and the police department for the incident.

They say the officers terrorized the family, pointed their guns at young Terrence and his seven-year-old sister Samari, and smashed his still untouched birthday cake onto the ground. 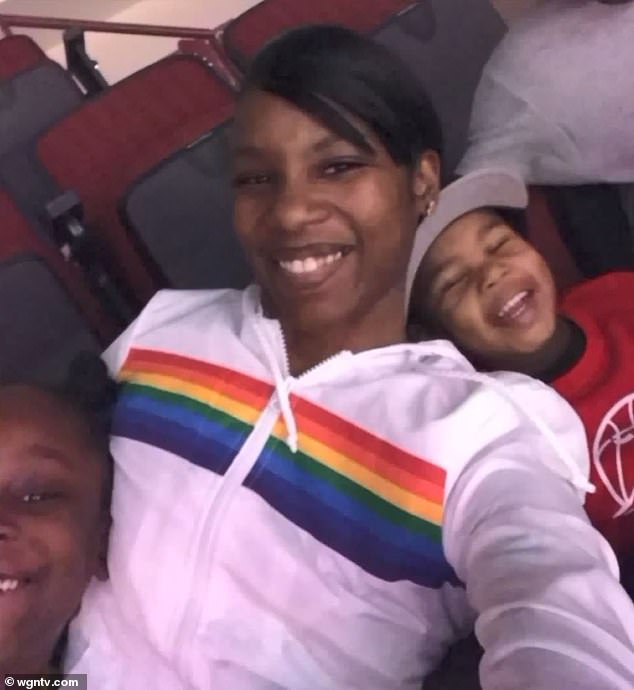 Stephanie Bures  and Kiqiana Jackson filed a federal excessive force lawsuit against the city of Chicago and Chicago Police on Tuesday after cops mistakenly raided their home during four-year-old Terrence Jackson Jr’s  birthday party and drew their guns. Bures above with kids 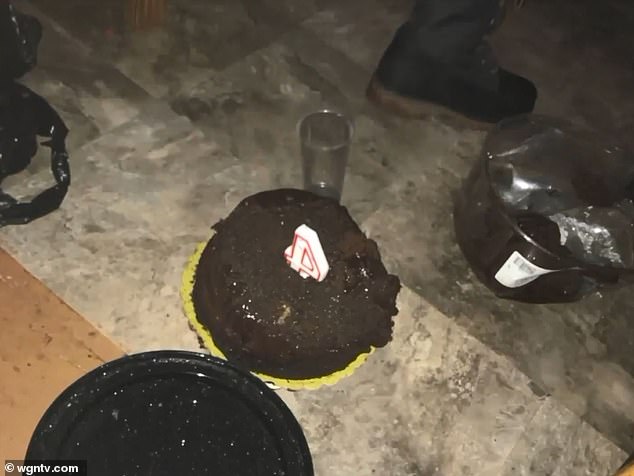 On February 10 at least a dozen officers raided the South Side home and found four-year-old Terrence Jackson, Jr’s birthday party. Cops ruined the party by smashing the cake and trashing the apartment 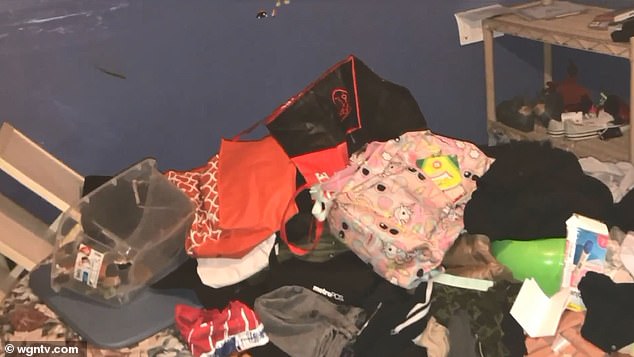 The officers turned the house upside down as they searched for contraband items, but found none. The warrant was for an ecstasy-possessing suspect 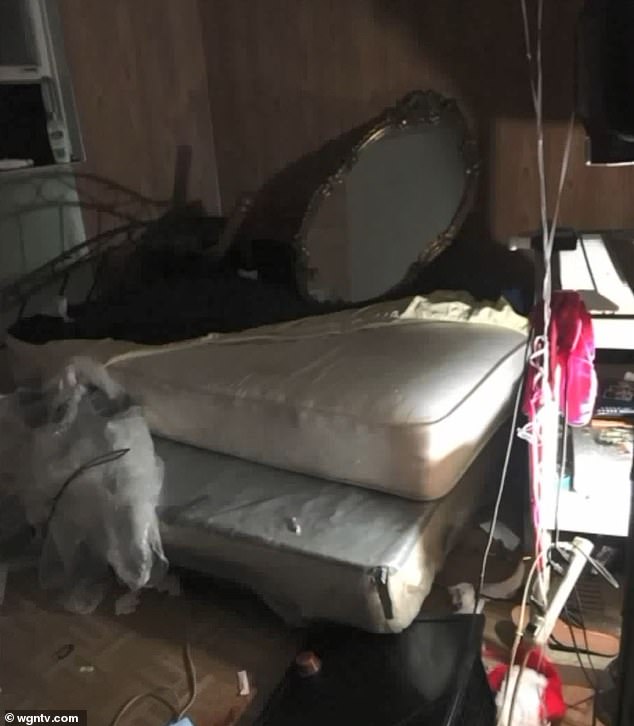 After the cake toppled upside-down to the floor an officer stuck a number 4 candle in its center.

‘It was a cruel, dehumanizing joke that mocked and symbolized a 4-year-old’s ruined birthday party,’ attorney Al Hofeld said.

Bures says the raid left her children traumatized and terrified and mistrustful of police officers. She says they can’t sleep, have nightmares and don’t want to leave the house.

Bures says she was worried her family was going to get shot by the officers that night.

‘I was so worried about her or her brother getting shot by someone that’s supposed to protect and serve them. It’s terrifying,’ Bures said through tears during a press conference Tuesday, according to .

‘Instead of having his family sing happy birthday to him four-year-old TJ had police officer curse and insult him and his family,’ attorney Al Hofeld said.

This is the fourth case filed by attorney Hofeld accusing the police of using excessive force while raiding the wrong homes on the South and West sides of Chicago.

About 17 officers arrived to the home searching for a man suspected of possessing and selling ecstasy on February 10.

In their aggressive search they barged in the home where there were 15 people present, including four children, screaming ‘Get your (expletive) hands up!’ and ‘We are doing a (expletive) raid’.

Then the officers took a door off its hinges, opened wall panels, flipped over mattresses, broke a big-screen TV by throwing it to the ground, and doused little Terence’s birthday presents with hydrogen peroxide and poured vodka over clothes, as per the lawsuit.

After the raid, no one was arrested or charged and none of the contraband items listed in the warrant were found, the family’s attorney said. 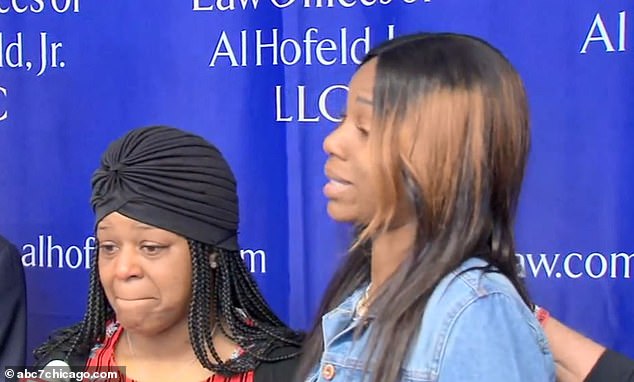 ‘I was so worried about her or her brother getting shot by someone that’s supposed to protect and serve them,’ Bures said through tears during a press conference Tuesday 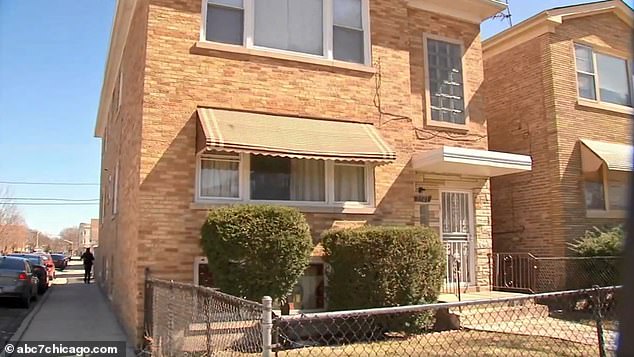 The raid took place at this home on February 10. Cops where searching for a suspected drug dealer who hadn’t lived at the resident for five years

Jackson repeatedly asked the officers to see the search warrant, but was denied, despite CPD policy that says warrants need to be turned over ‘promptly’.

‘I wanted to know why were they there. Who are you? Show us a search warrant,’ Jackson said.

‘I guess I asked for a search warrant one too many times, and [an officer] was like, “Arrest her.”‘

‘I reached for my phone and then I was tackled…I was handcuffed,’ she added to .

The family also accuses officers of covering up their badges with sweatshirts or other clothing, and refusing to give the family their names or badge numbers.

Chicago Police have conducted raids and the wrong residences since August 2018. According to a  investigation, at least four cases involved 11 children where cops held innocent families for a long period of time without showing them warrants.

The Chicago Police Department is yet to comment on Tuesday’s lawsuit filing.