The first nominations for the British Academy Television Awards have been revealed ahead of the glittering ceremony on May 12 at the Royal Festival Hall in .

Virgin Media announced the six nominees for the highly-anticipated Must-See Moment category, the only award to be voted for by the public, before the actors take to the star-studded event later this year.

The six nominations include some of the most iconic and most talked-about scenes of 2018 from the tense to the surreal. 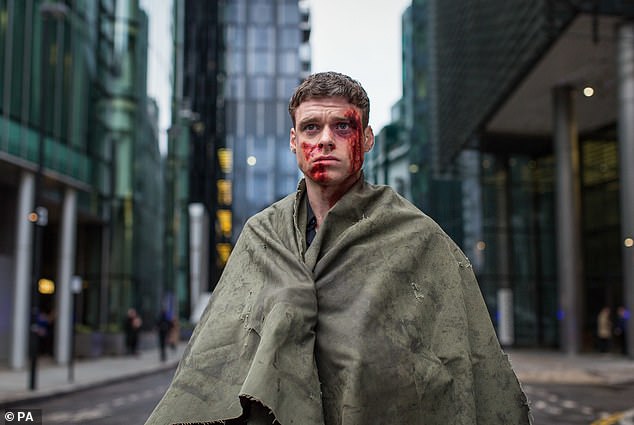 Bodyguard: Richard Madden and Keeley Hawes had viewers on the edge of their seats in the dramatic Bodyguard on BBC… and viewers can now vote for the Must-See Moment category ahead of the BAFTA Television Awards 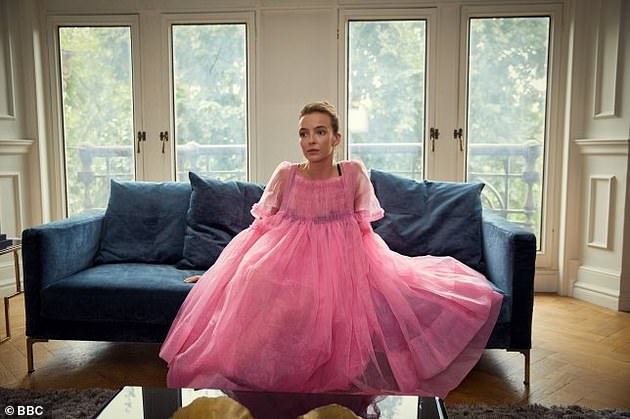 Serial killer: Jodie Comer played sinister assassin Villanelle in the BBC crime drama Killing Eve, which is also in the running for the gong

Among the nominees is the assassination of home secretary Julia Montague, played by actress Keeley Hawes, in the BBC’s Bodyguard which had 8million viewers glued to their seats when it first aired.

Challenging gender roles with its first female serial killer and taking its deserving place alongside the nominees is the stabbing of Sandra Oh’s twisted nemesis Villanelle in the BBC crime drama Killing Eve.

Also in the line up is Weatherfield matriarch Gail Rodwell’s monologue on the suicide of Aidan Connor and Rosa Parks, The Doctor and her companions making sure historical moments remain in the BBC’s Doctor Who.

The Doctor Who episode, which saw the historic figure walk through the bus towards the ‘colored’ section, helped tackle the subject of racism in America and helped capture Rosa’s powerful act of defiance on a segregated bus during the civil rights movement. 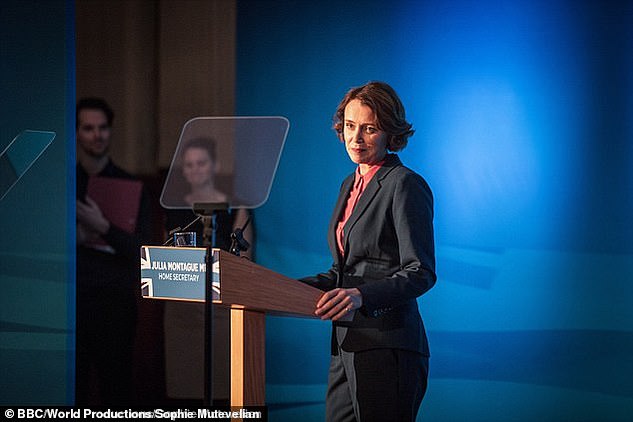 Assassinated: Keeley Hawes played home secretary Julia Montagu in the BBC’s Bodyguard which had 8million viewers glued to their seats

Killed in plain sight: In an explosive episode the home secretary was assassinated as she have a speech 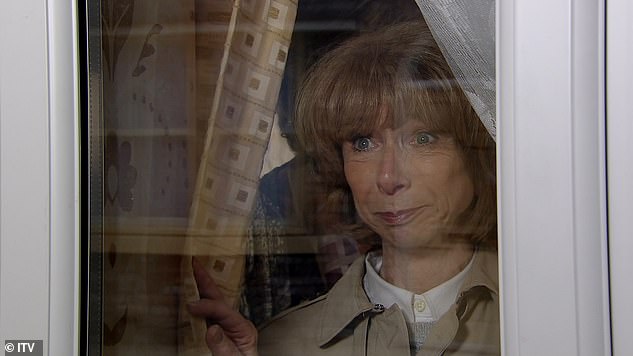 The popular category, which celebrates the most dramatic cliff hangers and the edge-of-your-seat TV moments, will be open for the British public to vote in from 8am on March 27.

• BBC, Doctor Who – Rosa Parks, The Doctor and her companions make sure historical moments remain

Voting will then close on May 1 at 5pm.

Virgin Media Ambassador and Must-See Moment Judge Caitlin Moran said: ‘Television continues to be the friend in all our sitting rooms, or on our phones and laptops: providing possibly the only current talking-points that don’t end in people madly shouting at each other.

‘Your favourite TV moment of the year might be Jodie Whittaker and her companions reliving the historical Rosa Parks story, the cliffhanger ending of Killing Eve, or the happy love story in Peter Kay’s Car Share – but you’ll almost certainly have watched, and loved, every single one of our finalists.’

Media Ambassador and celebrity TV fan, Rylan Clark-Neal said: ‘With so much amazing TV, it’s no wonder the nation are choosing to stay ‘in-in’ at the weekend rather than going out-out.

‘I’m planning a big sofa sesh with my friends and family to catch up on all the Virgin Media Must-See Moment nominations in style – drinks on ice, luxe loungewear on, snacks at the ready – before voting for my fave. I’m really intrigued to see which Must-See Moment the nation crowns the winner!’ 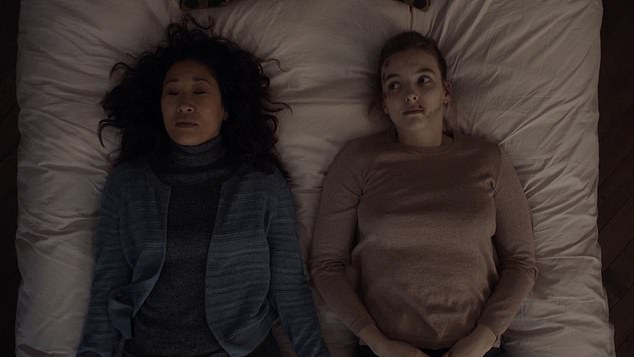 Twisted: Sandrah Oh and Jodie Comer lie next to each other in the BBC thriller Killing Eve

Powerful: The Doctor Who episode nominated reimagined icon Rosa Parks walking through the bus towards the ‘colored’ section 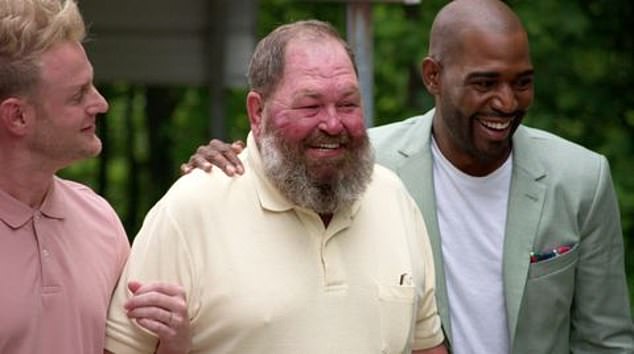 An emotional transformation: Netflix’s Queer Eye is among the shows nominated for the TV BAFTAs

To vote for your favourite Must-See Moment online go to virginmedia.com/bafta.

Voters will also have the chance to enter a prize draw and win tickets to attend the Virgin Media British Academy Television Awards in May.

The complete list of the Virgin Media British Academy Television Awards nominees will be announced on March 28 at 7.30am live on Facebook. 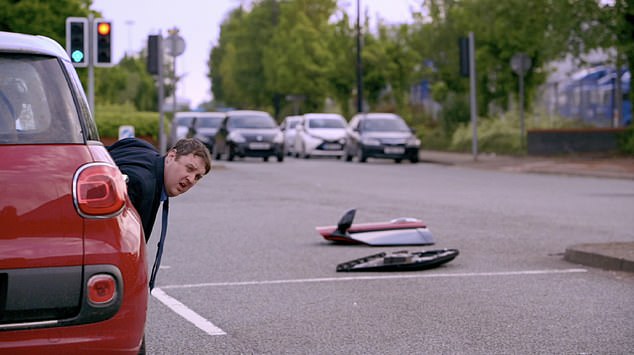 Funny man: Also in the line up for a BAFTA is Peter Kay’s Car Share – The Final