The body of student Libby Squire had to be identified by her fingerprints, her inquest heard today, as police confirmed they are treating her death as homicide.

The cause of the 21-year-old’s death was again not given by police as a coroner opened and adjourned an inquest.

The hearing was told forensic investigations are ongoing and a man remains under investigation after being arrested on suspicion of abduction last month. 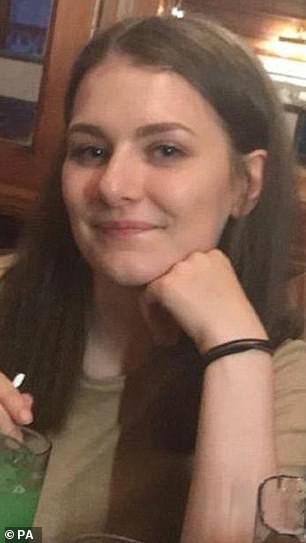 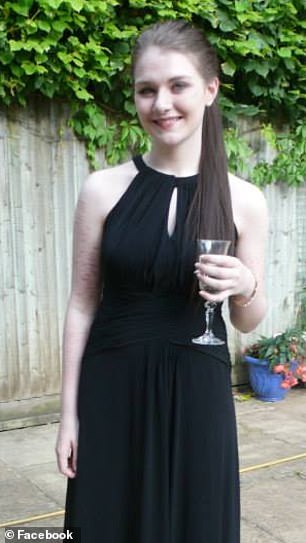 University of Hull student Libby Squire, 21, was last seen alive in the early hours of February 1. She was found dead in a Humber Estuary last week

She was last seen near her Hull home in the early hours of Friday, February 1.

A statement was read to the inquest by Catherine Land, an identification expert with West Yorkshire Police, which confirmed Miss Squire had been identified by her fingerprints.

Mr Smalley said Miss Squire was refused entry to the Welly nightclub on January 31 and was last seen at around midnight near Haworth Street and Beverley Road, with no sightings after that time. 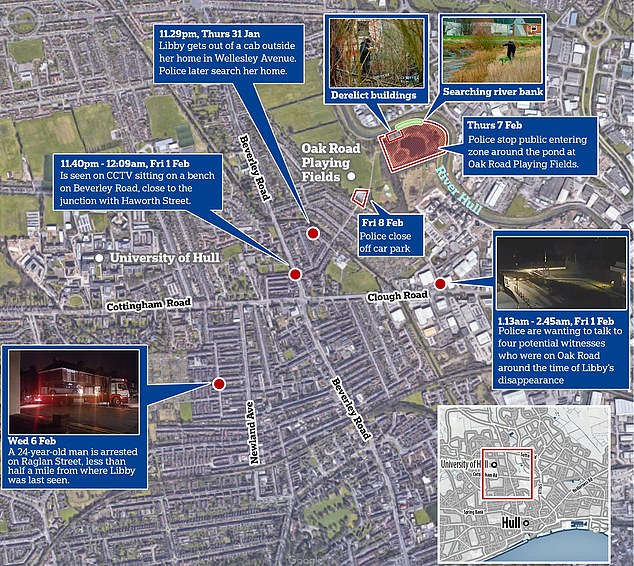 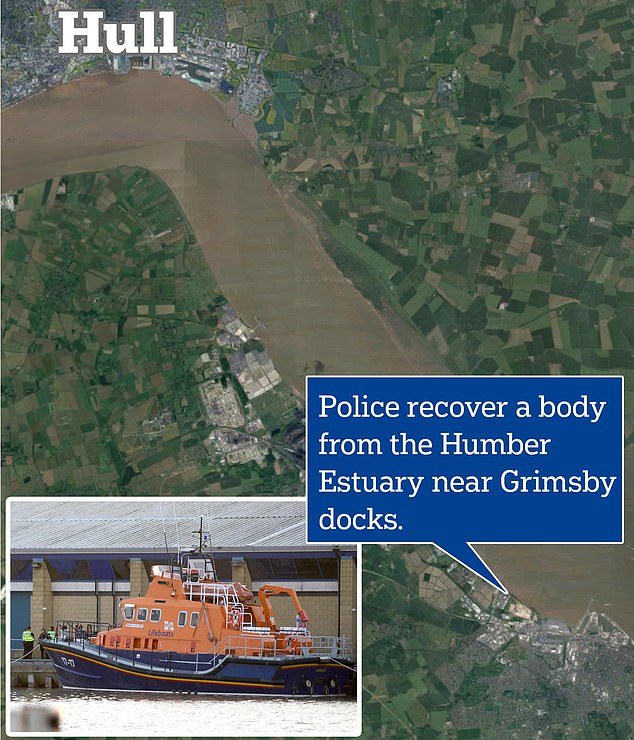 He said Pawel Relowicz was arrested on February 6 ‘in relation to her kidnap’ and remains under investigation.

The detective added that Relowicz, 24, has been charged with a variety of other offences, including burglaries, voyeurism and outraging public decency.

Mr Smalley previously said a post-mortem examination had taken place, but officers would not be releasing any results ‘for investigative and operational reasons’.

Prof Marks said police are not yet in a position to release Miss Squire’s body to her family due to the ongoing investigations.

He offered his condolences as he adjourned the inquest to a later date.

He said: ‘It’s my intention to adjourn the inquest pending further investigation to a date to be set down.

‘I would like to extend my sincere condolences to members of Libby’s family for their sad loss.’

Russell and Lisa Squire, the parents of missing student Libby Squire, made an emotional appeal for information in helping to find her soon after she went missing

On Saturday, Miss Squire’s mother described her family’s heartache at the loss of her ‘darling’ daughter.

In an emotional tribute, Lisa Squire affectionately referred to her daughter as ‘Pie’ and said she had lost ‘one of the four most precious things in my life’.

Writing on Facebook, she said: ‘I cannot thank you enough my darling Pie for making me a mummy.

‘For choosing me to be your mummy. It’s an honour, a privilege and a joy.

‘I kept you safe for as long as I could and I am so sorry I could not keep you safe on that night. I’m sorry. I’m so so sorry.’

Relowicz, 24, of Hull, has been remanded in custody charged with 12 offences unrelated to the investigation into Miss Squire’s disappearance.

He is due to go on trial in Sheffield in July.