Downing Street is eyeing one last attempt to get ’s deal over the line by placing it in stark contrast to a soft that would see Britain – like Norway – stay in the EU’s single market.

Whips have warned No 10 that they are powerless to stop a bid by MPs to seize control of Commons business tomorrow to demand ‘indicative votes’ of Parliament’s Brexit desires, so Downing Street is poised to offer the votes on Wednesday.

Under current plans, Brexiteer MPs and the DUP would then be given one final chance on Thursday to back Mrs May’s deal or accept the soft Brexit compromise most likely to be chosen by MPs. 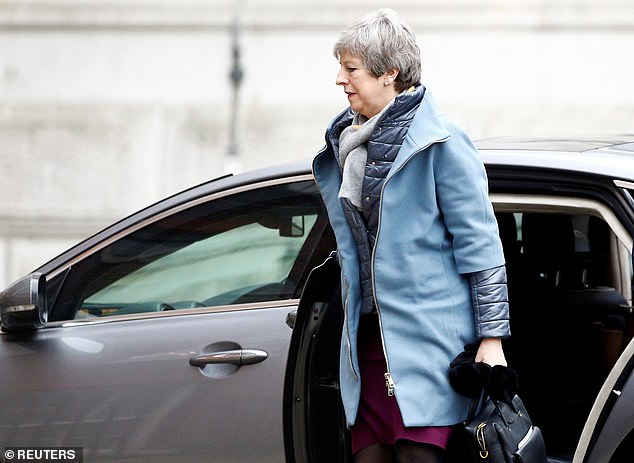 Under current plans, Brexiteer MPs and the DUP would then be given one final chance on Thursday to back Mrs May’s deal

One Cabinet Minister told The Mail on Sunday: ‘Brexiteer colleagues need to understand they are a conveyor belt to the Norway model if the deal is voted down.’

Last Tuesday, the Cabinet discussed how to get round Speaker John Bercow’s ruling that Mrs May’s deal could not return to the Commons by restructuring the wording of the motion and encouraging influential figures to put public pressure on the Speaker to let the vote take place.

Last night Education Minister Nadhim Zahawi warned of chaos if the deal was voted down again, saying: ‘It would be political meltdown and Parliament would have failed.’ He added that he was ‘not prepared’ to countenance Britain taking part in the EU elections as part of a long delay. 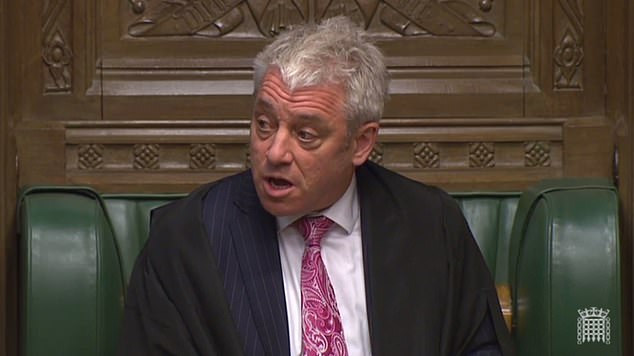