Gisele Bundchen is on a ski trip with husband Tom Brady in Montana.

And on Saturday the Vogue model shared a photo from the winter wonderland. The catwalk queen left only a heart in the caption.

This comes after fans begged the New England Patriots quarterback to be careful on the slopes. 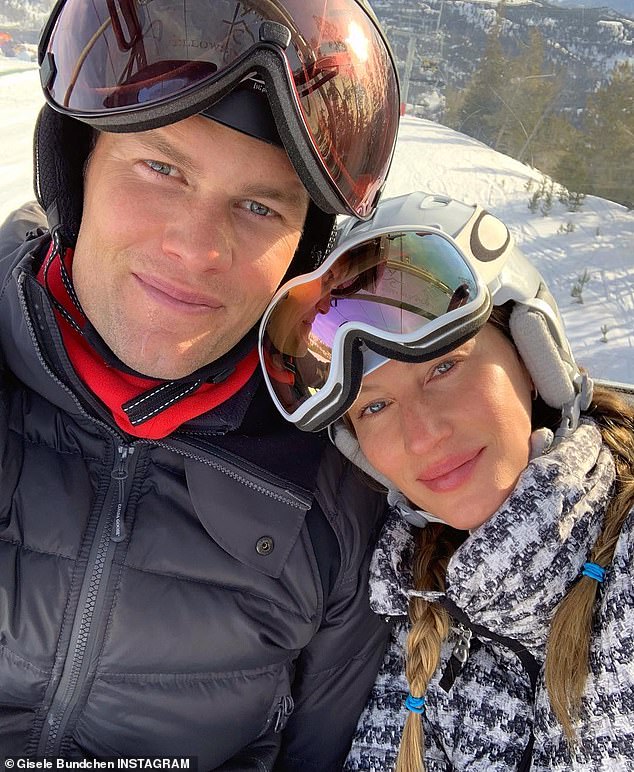 Keeping up with the Bradys: Gisele Bundchen is on a ski trip with husband Tom Brady in Montana. And on Saturday the Vogue model shared a photo from the winter wonderland 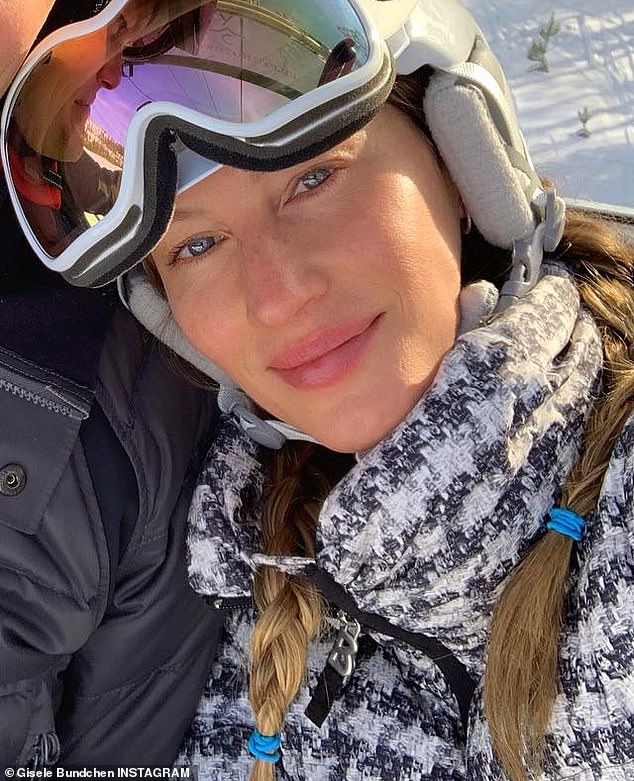 Cover girl at rest: The Brazilian bombshell wore little makeup as she put her hair in braids and had on a grey helmet with large goggles

The Brazilian bombshell wore little makeup as she put her hair in braids and had on a grey helmet with large goggles.

Tom wore a black jacket over a red scarf and went for a dark helmet with rose-tinted goggles.

Brady traditionally spends a portion of his off-season in Montana. And this year, fresh off his sixth title, he risked injury by flying down a snow-covered mountain.

‘A little downhill this morning,’ Brady wrote. ‘Now we just need to find the jump.’ 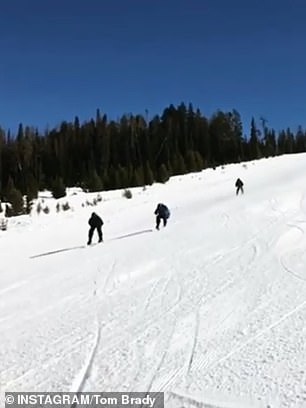 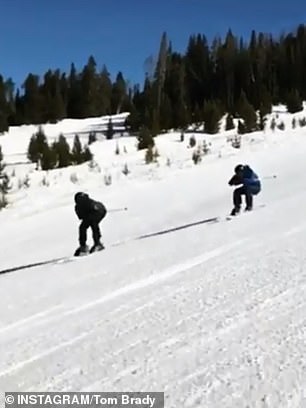 Going at top speed: It’s unclear which of the three skiers in the video is Brady 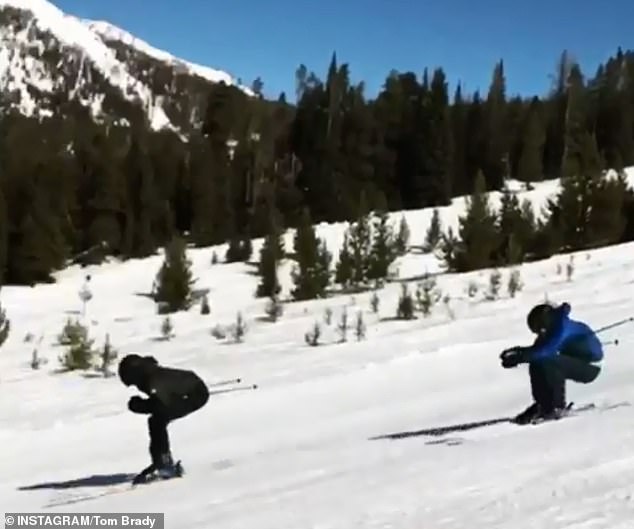 Mystery: TMZ suggested that Brady was the skier on the right, in blue, but that remains uncertain

Patriots fans were understandably uneasy about the ski trip.

‘What form!!! I say as I hold my breath,’ wrote one commenter. ‘But truly glad you are enjoying your semi- off time with family and friends.’ 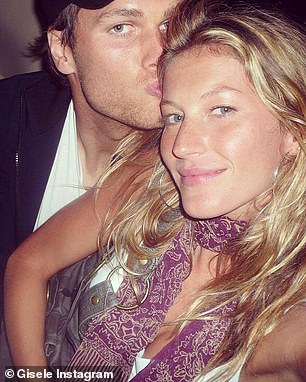 Another posted a reminder of former Boston Red Sox pitcher Jim Lonborg, who tore ligaments in his knee in December of 1967. Lonborg led the American League in wins and strikeouts en route to a World Series appearance that year, all while serving in the Army Reserves, but the knee injury affected him in 1968 and 1969 and he was ultimately traded to the Milwaukee Brewers in 1971.

‘I had no idea goats could ride skis!,’ wrote on commenter, referencing the anagram G.O.A.T. (Greatest of All Time), which is how many fans refer to Brady.

‘I hope you did your pliability work before this Tom,’ wrote on fan, teasing the Patriots quarterback about his well-known fitness regimen. ‘Please be safe my lord.’ 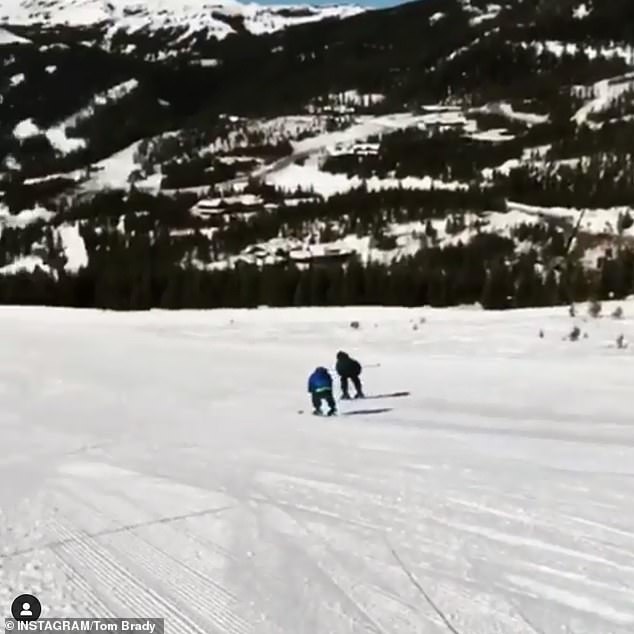 One commenter simply wrote: ‘Please be safe. I need you to be safe.’

Other professional athletes have ended their careers in similar reckless ways.

Former Chicago Bulls guard Jason Williams injured himself on a motorcycle in 2003, which prematurely ended the former second-overall pick’s career.

Coming off his sixth Super Bowl title, Brady has won three NFL MVP awards and has a career regular season record of 207-60 as a starter. 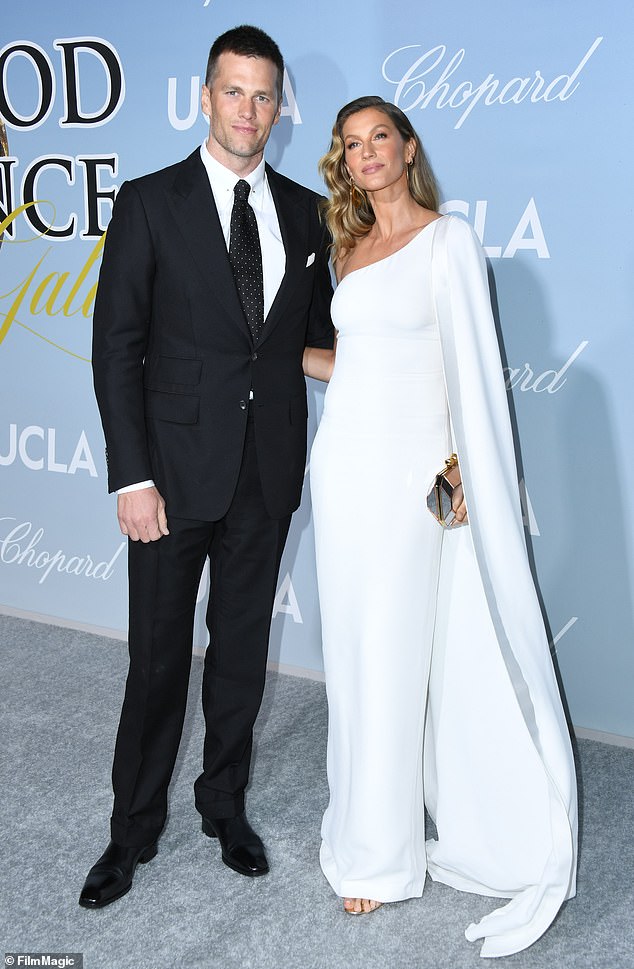 The belles of the ball: Tom and Gisele were seen side by side at the 2019 Hollywood For Science Gala in LA in February