What happens in Vegas, stays in Vegas.

Bachelorette vet Becca Kufrin supported her fiance Garrett Yrigoyen during his one night only guest spot at Chippendales in on Saturday night.

The reality star, 28, beamed brightly as she posed beside her shirtless beau at the Rio Hotel and Casino. 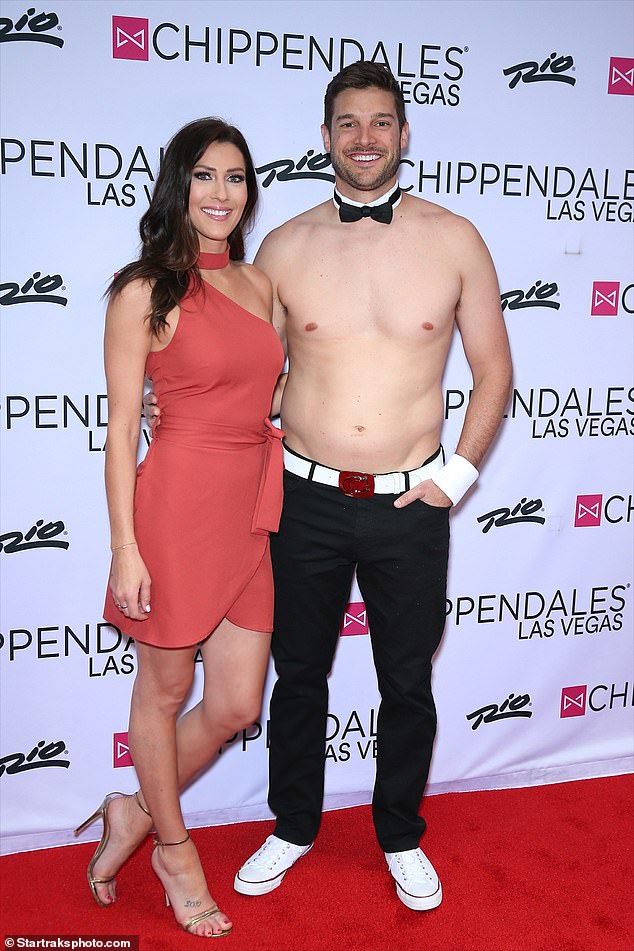 Vegas baby: Bachelorette vet Becca Kufrin supported her fiance Garrett Yrigoyen during his one night only guest spot at Chippendales in Las Vegas on Saturday night

Wearing the trademark Chippendales outfit of a simple bow tie along with a pair of black slacks and white sneakers, Garrett looked ready to hit the stage as he posed beside his lady love.

Becca was a little more dressed up than Garrett, wearing a coral red mini dress that flashed plenty of leg.

She wore her glossy brunette tresses down while amplifying her naturally radiant features with a trace of blush, glossy lips, and a dramatic coat of eye shadow.

Along with a pair of strappy gold high heels, Becca looked the picture of glamour for her night out in Sin City. 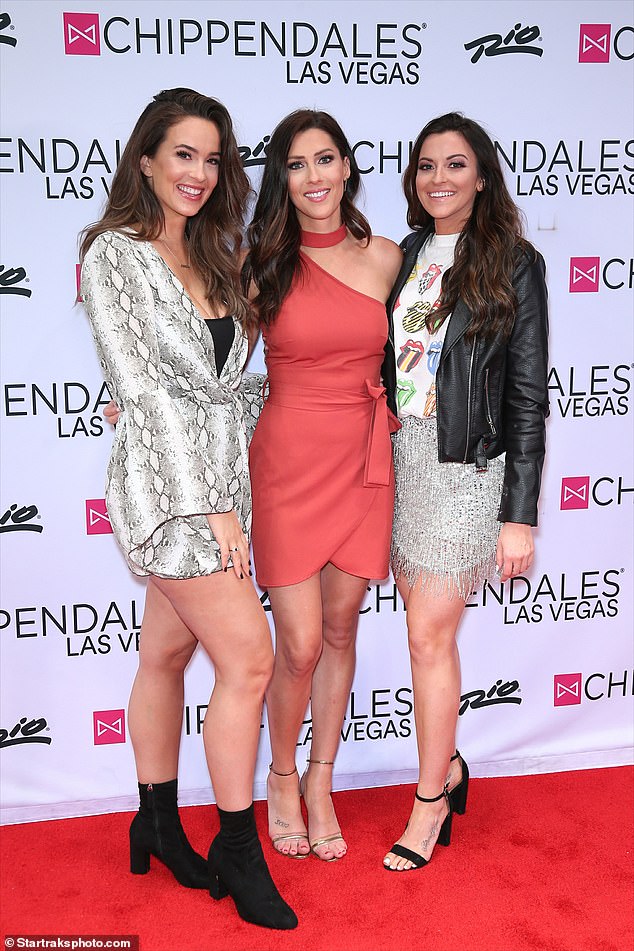 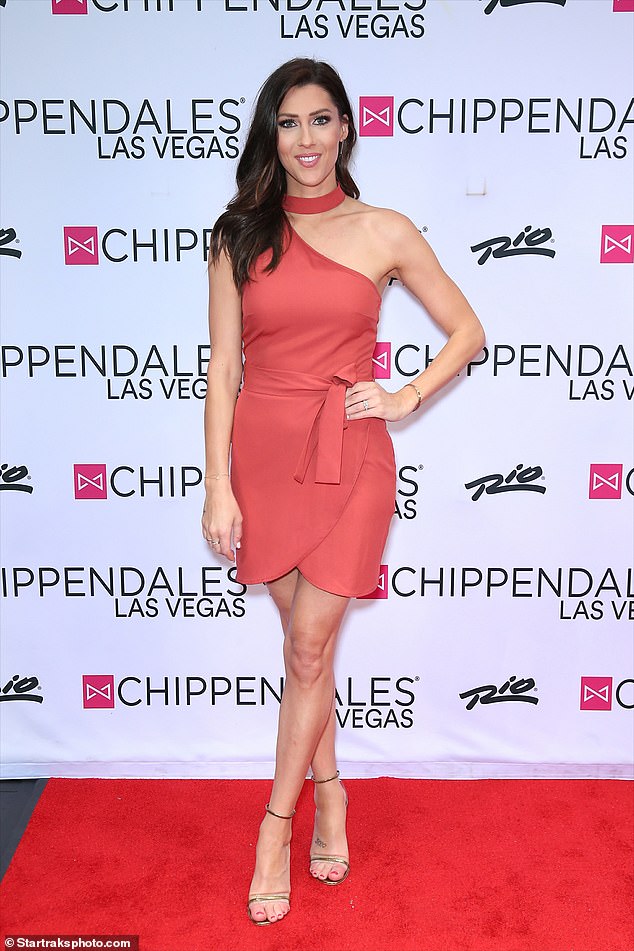 Legs get going! Becca was a little more dressed up than Garrett, wearing a coral red mini dress that flashed plenty of leg

Even though he’s off the market, Becca proudly showed off her husband-to-be as he ripped open his shirt on stage in front of screaming fans during his show.

‘I apologize for my consistent screams,’ Becca wrote in the frame of a video as she recorded Garrett dancing around shirtless. 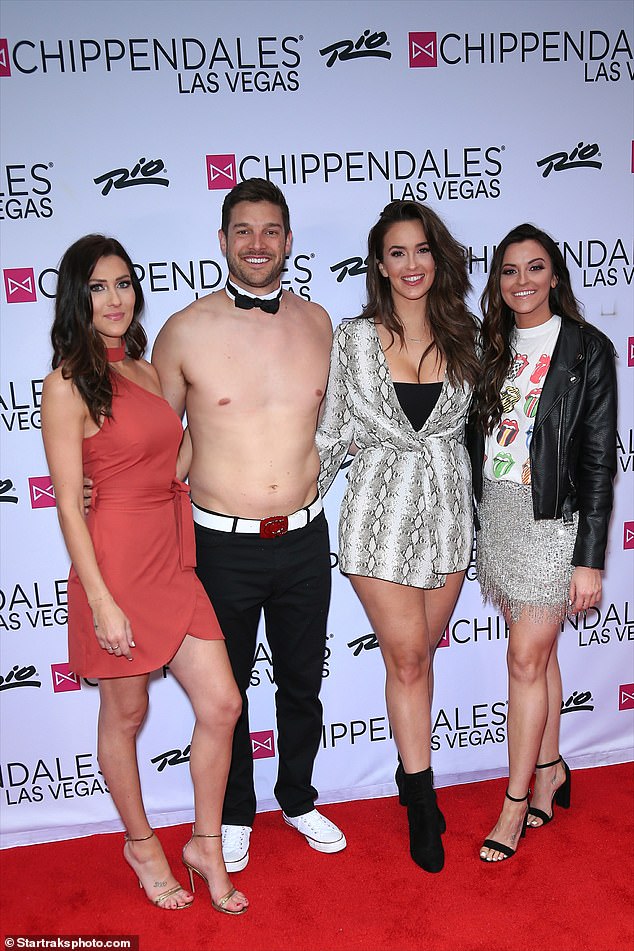 Strike a pose: The Bachelor alums soaked up the spotlight 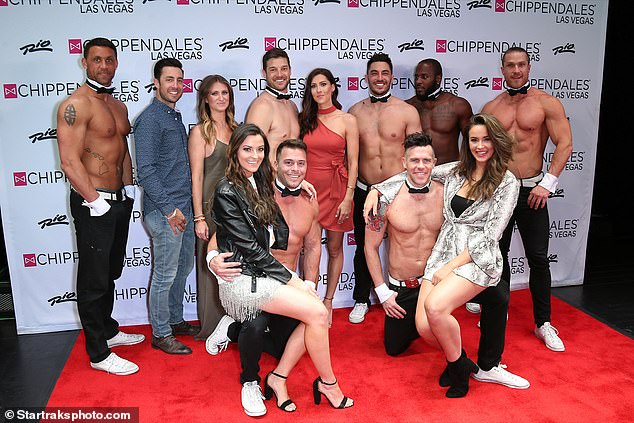 What happens in Vegas: The stars posed with the hunky dancers on the red carpet

Becca and Garrett met, fell in love, and became engaged on season 22 of The Bachelorette.

It wasn’t an easy road to happily ever after for Becca.

Before becoming The Bachelorette, Becca was engaged to former Bachelor Arie Luyendyk Jr.

Shortly after their proposal, Becca was blindsided by Arie after the race car driver ended their engagement on camera in order to pursue runner-up Lauren Burnham.

Arie and Lauren are now married and expecting a daughter. 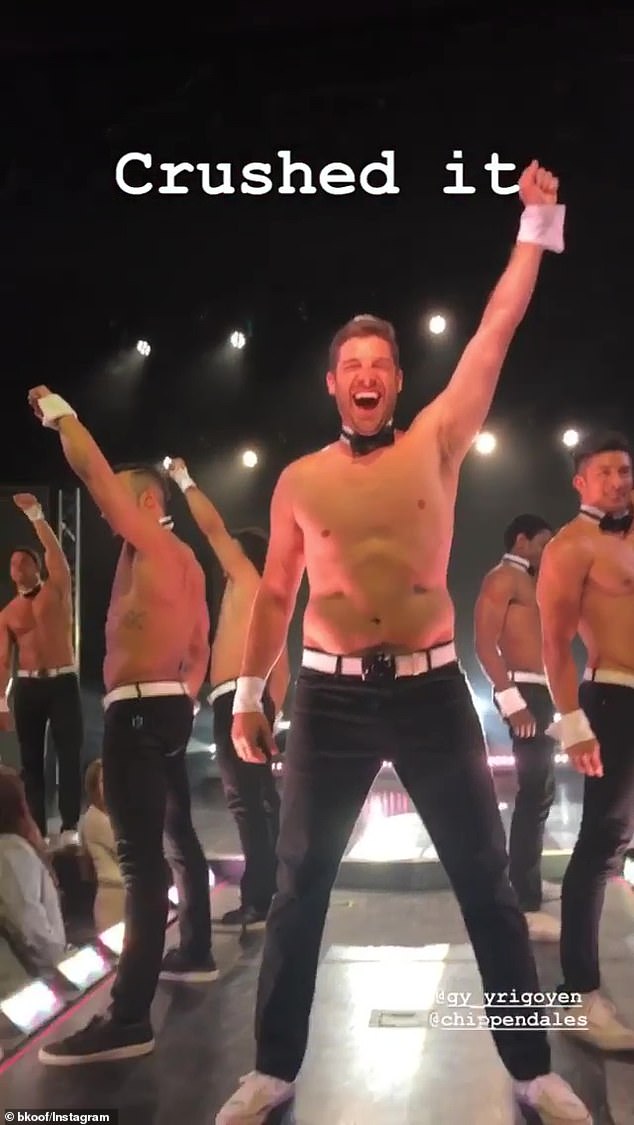 Work it! Kufrin proudly recorded her husband-to-be dancing on stage 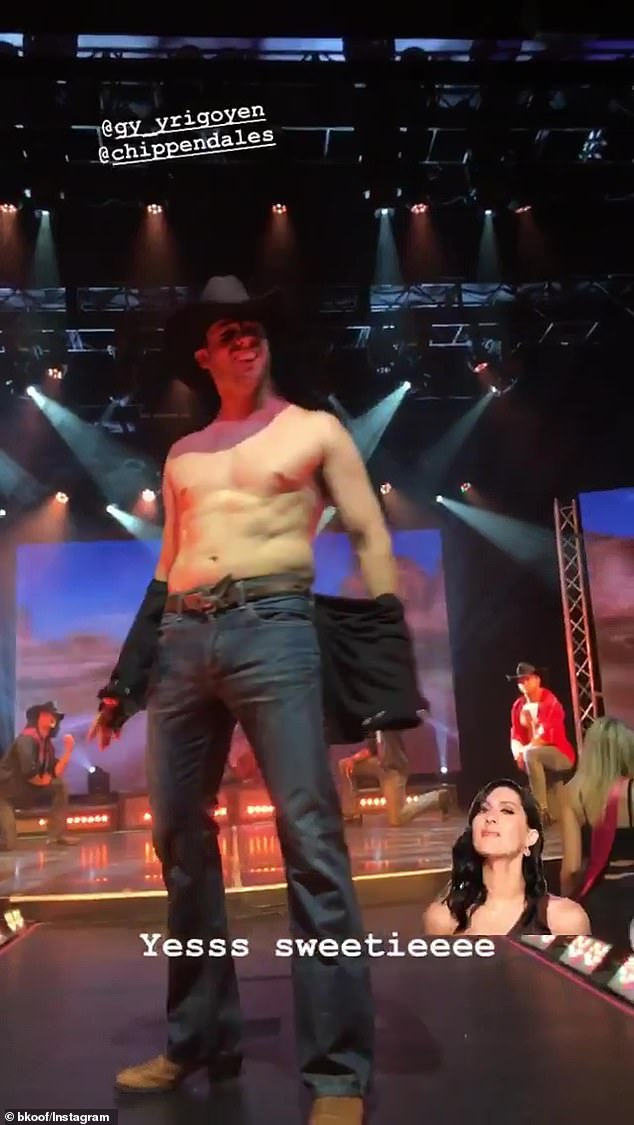 Take it off! The reality star screamed in delight as Garrett ripped open his shirt