Ariel Winter was seen catching up with a pal on Saturday night.

The 21-year-old actress was spotted with Joe Kaprielian as they returned from dinner in Los Angeles. 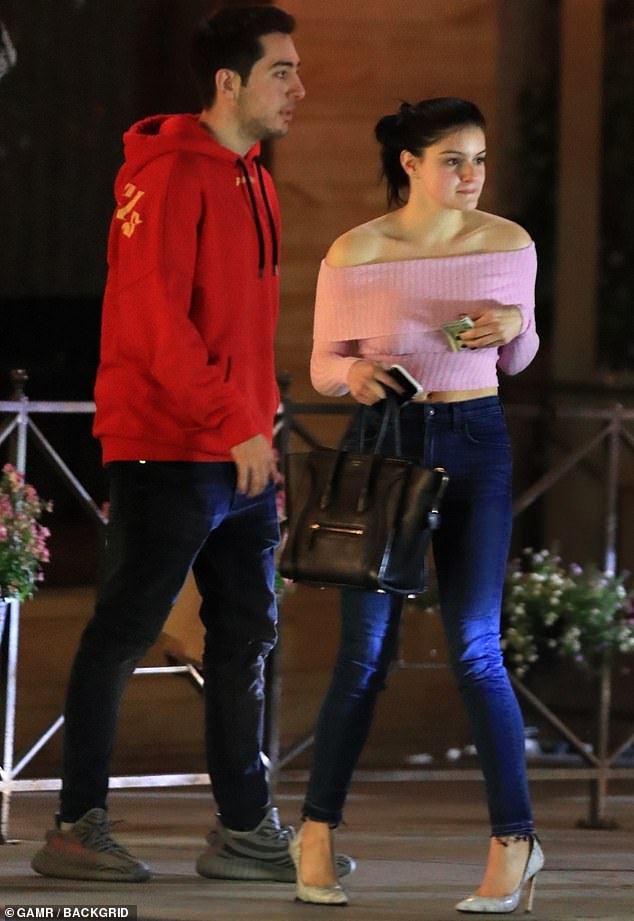 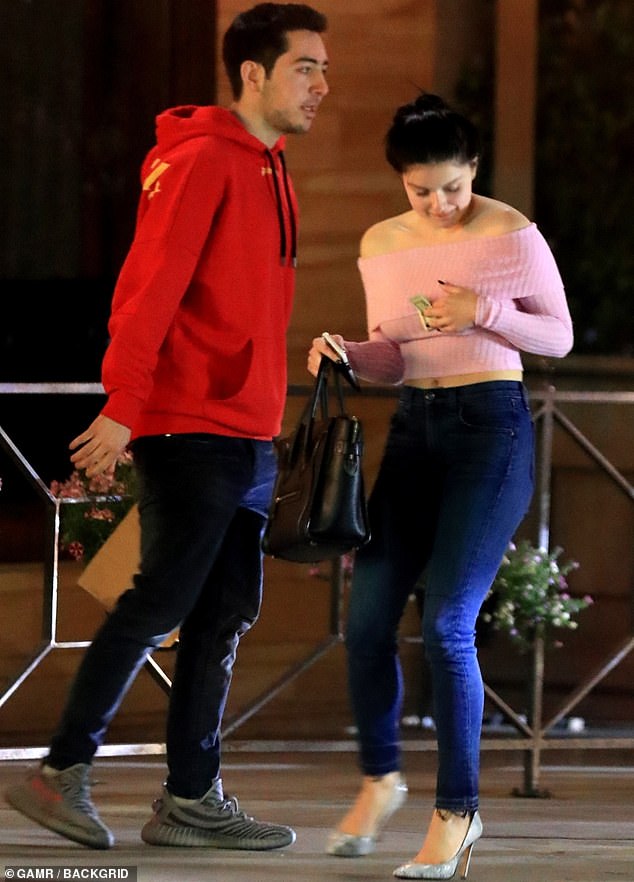 The brunette beauty completed the look with pearl gray heels and an oversized black purse.

Kaprielian wore a red hooded sweatshirt and dark blue jeans with gray sneakers. He has some facial stubble that made him look like he hasn’t shaved in a while.

The Henry Danger actor and Winter have been good friends for many years. 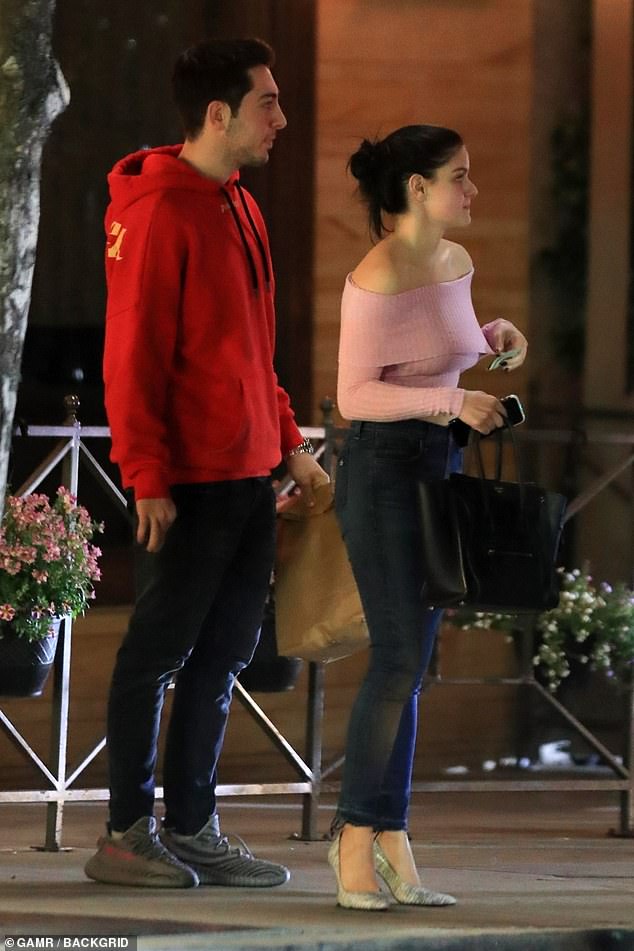 Best Buds: Joe Kaprielian wore a red hooded sweatshirt and dark blue jeans with gray sneakers. The twosome have been good friends for many years

The twosome were leaving Il Pastaio Restaurant, an upscale Italian eatery in Beverly Hills where Kendall Jenner likes to dine.

Winter will be busy on Modern Family again soon as the show was renewed for an 11th and final season in February.

The performer and her castmates have won four Screen Actors Guild Awards for Outstanding Performance by an Ensemble in a Comedy Series since the show’s premiere in 2009. 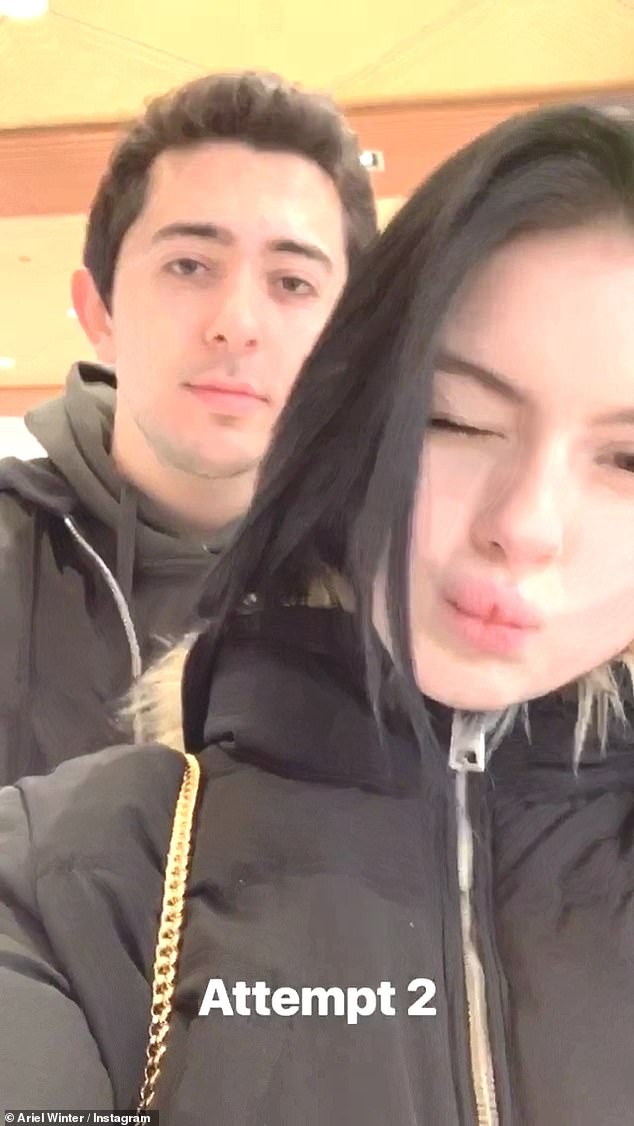 Pals: Here they were seen together on social media earlier this week

The sexy siren took a break from her studies at UCLA after her freshman year in 2018 to focus on her acting career.

The pretty entertainer has been looking to do more work on the big screen.

As the young talent told Entertainment Tonight at the time, ‘Really anything that comes my way that speaks to me or feels rights, something, a new character I haven’t done before.’

Winter’s last film role was in the movie The Last Movie Star in 2017 with late actor Burt Reynolds. 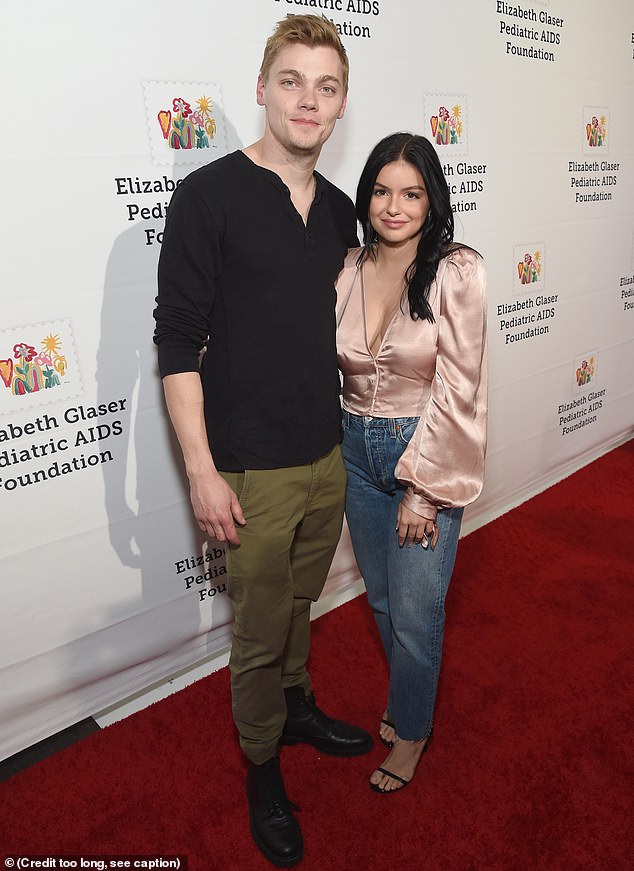 With her love: Ariel and her beau Levi Meaden attend The Elizabeth Glaser Pediatric AIDS Foundation’s Annual A Time For Heroes Family Festival in October in Culver City, California