A North Carolina woman has sued the owner of a Subway outlet after he allegedly slapped her during a dispute over a sandwich.

Elizabeth Hinson, who goes by the name Tina Richardson, went to a Subway franchise run by Kenneth Lancaster in Concord on March 8 to get a Sesame-Ginger Glazed Chicken Wrap for an elderly woman.

However he later slapped her in the face during an argument after she asked for a refund, according to a lawsuit seen by . 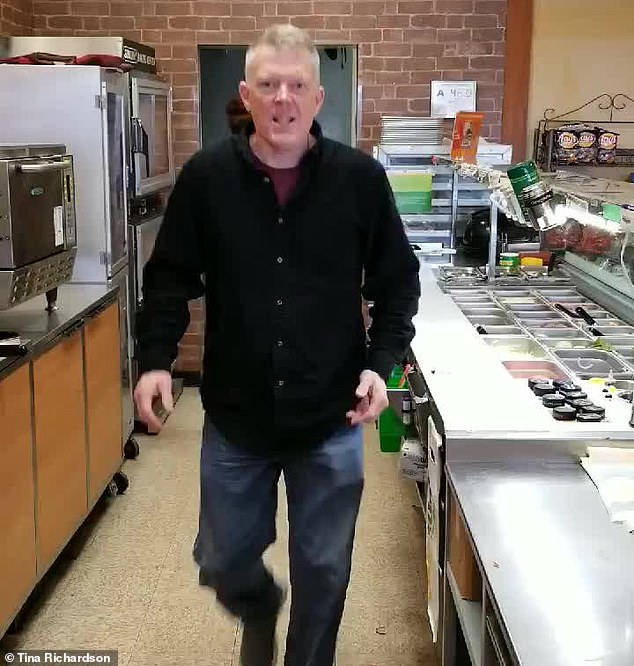 A North Carolina woman has sued the owner of Subway outlet Kenneth Lancaster, (pictured),  after he allegedly slapped her during a dispute over a sandwich

The elderly lady told Richardson the wrap did not resemble the picture on the flyer advertisement and did not have a taste of ginger.

She subsequent returned to the Subway to request a refund, which the employee refused, according to the complaint.

Lancaster then appeared from the back, yelled expletives at her and told her to leave the store. 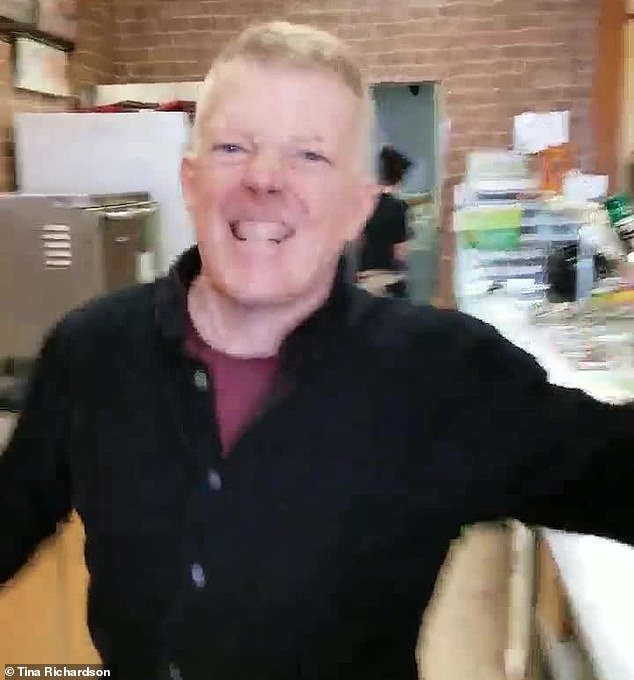 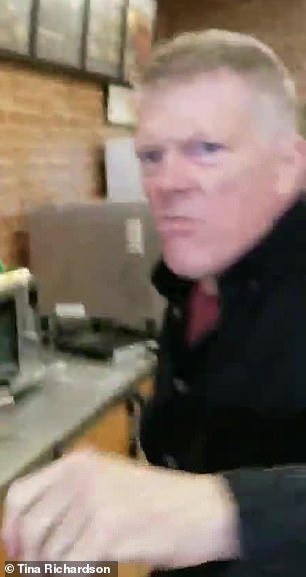 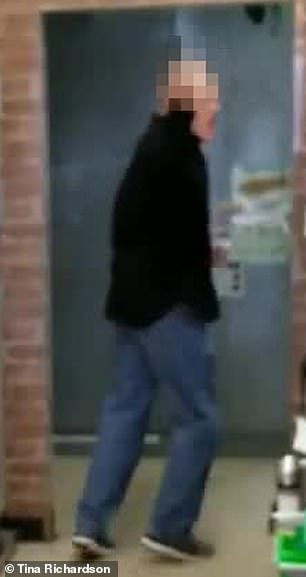 Richardson later shared footage of the incident on her Facebook page, which shows Lancaster walking towards her aggressively and raising his hand up.

It is at this point, it is alleged, that he slapped her, according to the complain seen by ABC News.

She then films the sandwich on the floor which he apparently knocked out of her hand.

He tells her to ‘go to hell’ and flips her the finger when she asked him what his name is before walking off. 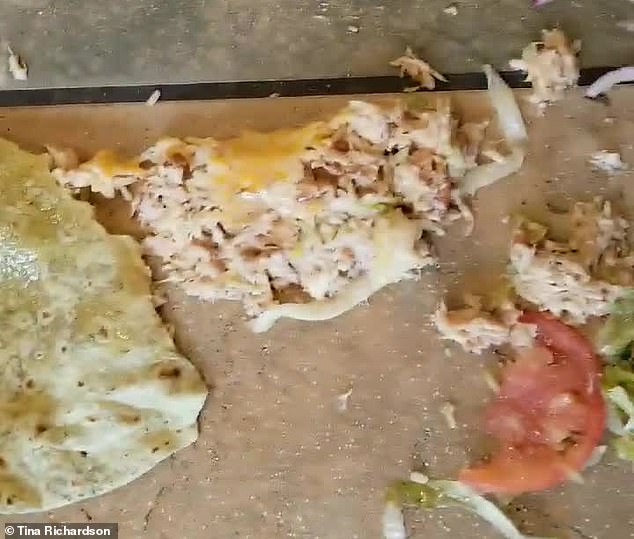 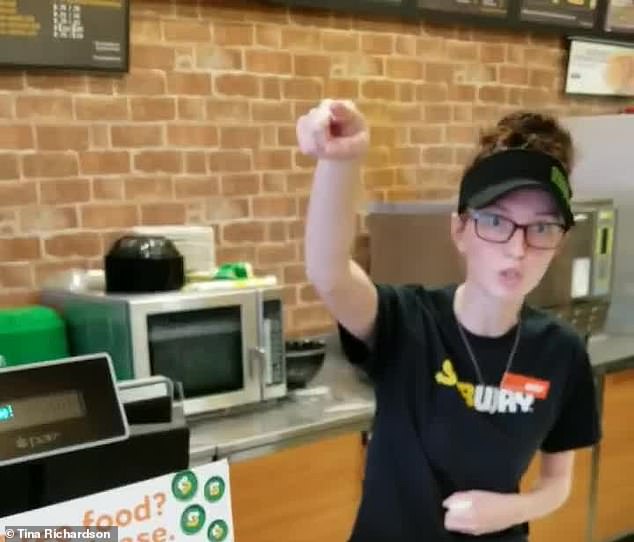 In the video she states: ‘This is what the owner of Subway Concord does to his customers who have a legitimate complaint.’

He then comes back out of a kitchen area and tells her to get out along with another staff female member who said: ‘you need to get the f**k out like he just told you to.’ 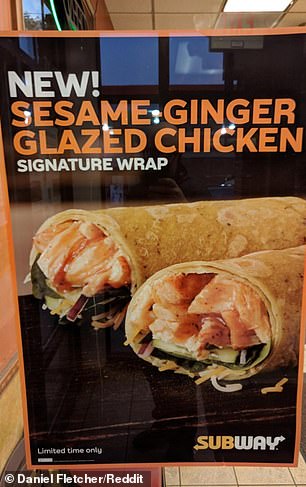 ‘When she did not get the wrap that she ordered, Ms. Richardson returned to Subway expecting a simple refund. Instead, she received a slap in the face,’ Caudill told ABC News in a statement.

‘The violent conduct depicted in the video is disgraceful and deplorable, and should greatly concern everyone who eats at Subway and expects Subway stores and their owners to provide a safe, family-friendly environment, free of sexist discrimination and violence.’

Subway, on behalf of Lancaster, issued a statement expressing regret for the incident, and claimed that it does not meet the company’s standards.

In a statement to , the sandwich outlet said:  ‘Providing an excellent guest experience is important to us and our expectation is that everyone is treated with respect.

‘The local team has reached out to the guest to apologize on behalf of the restaurant as this incident is inconsistent with the high standards Subway restaurants requires of its Franchise Owners.

‘The Franchise Owner expressed his regrets for how he handled the situation.’