Tailbacks could be seen in Devon, Cornwall, Lancashire, Stoke-on-Trent and north Wales.

Brexiteers of Brexit Direct Action are calling for similar ‘go slows’ across the country as they declare their fury at ‘s negotiations.

They claim that they have hauliers prepared across the land. 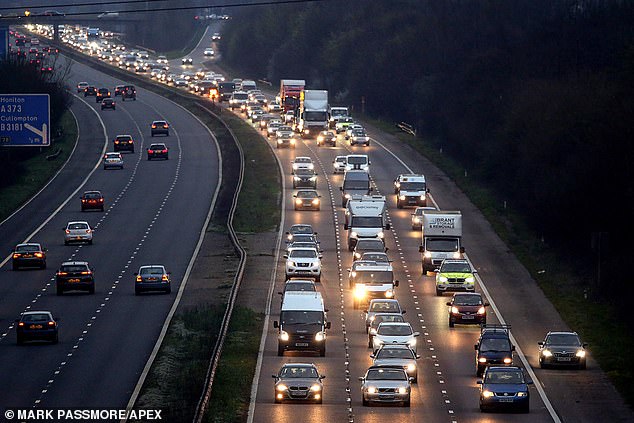 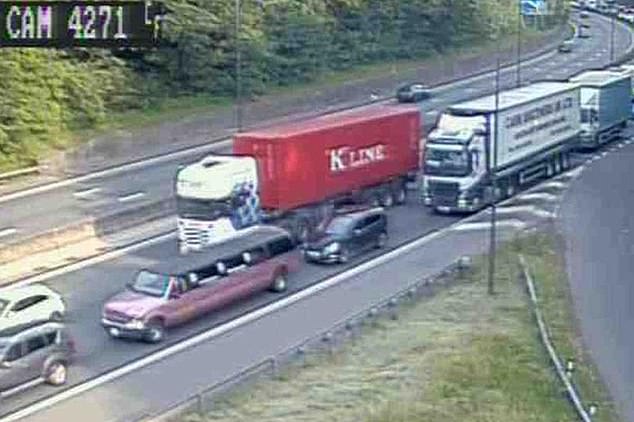 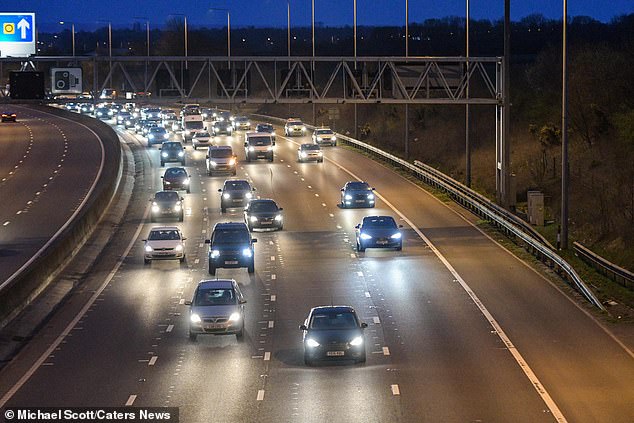 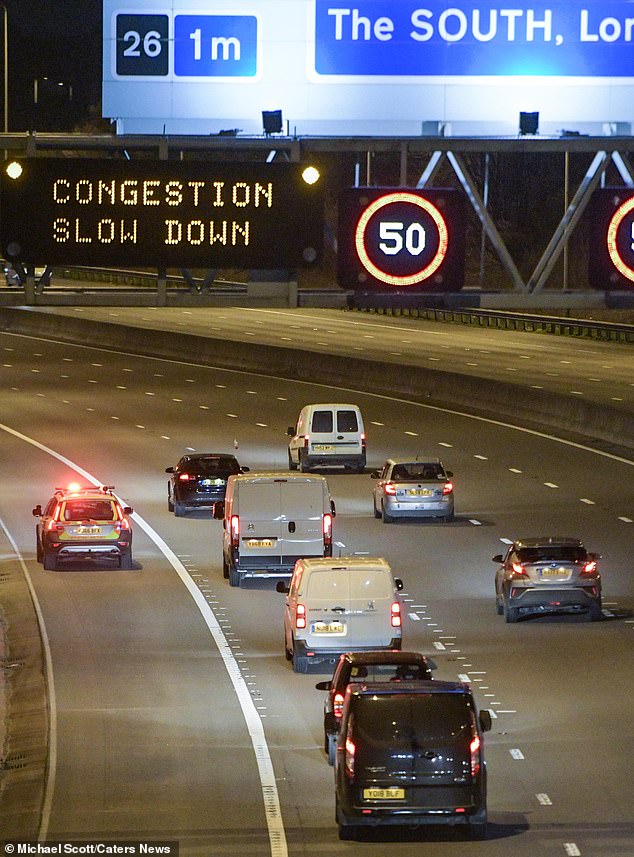 Their demonstration in Devon was scheduled to start heading south from Bristol on the M5 towards Avonmouth and Clevedon, before taking the M4 to Bath.

But on the A30 near Bodmin, in Cornwall, Inspector Si Jenkinson said: ‘We stopped 9 vehicles, the front two have been reported for inconsiderate driving the remainder given words of advice and allowed to continue their way and an appropriate speed.

‘If they repeat their actions they are aware we have their details and prosecutions will follow.’

The Inspector said that his officers remained out on the road on the M5 to ensure traffic could flow freely after making two arrests.

There were also plans for ‘go slows’ on the M20 and M25 in Kent scheduled for this evening.

A statement on the protesters’ Twitter account says: ‘BDA group believe that our government should fulfil their manifesto and EU referendum pledge to exit the EU on 29th March with either an acceptable Withdrawal Agreement, or WTO managed exit.’

They state their current activities include organising ‘multiple hauliers’ to take part in their go slows.

They add that they are against all forms of violence, including verbal and physical abuse. 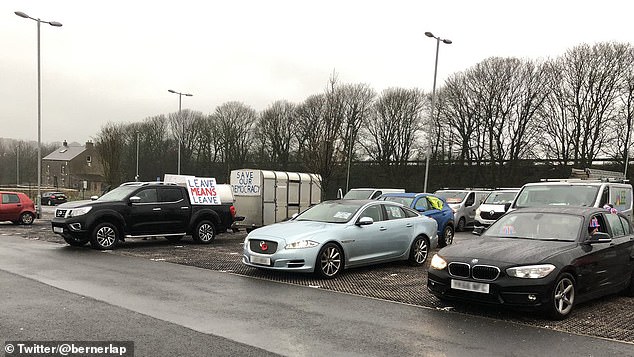 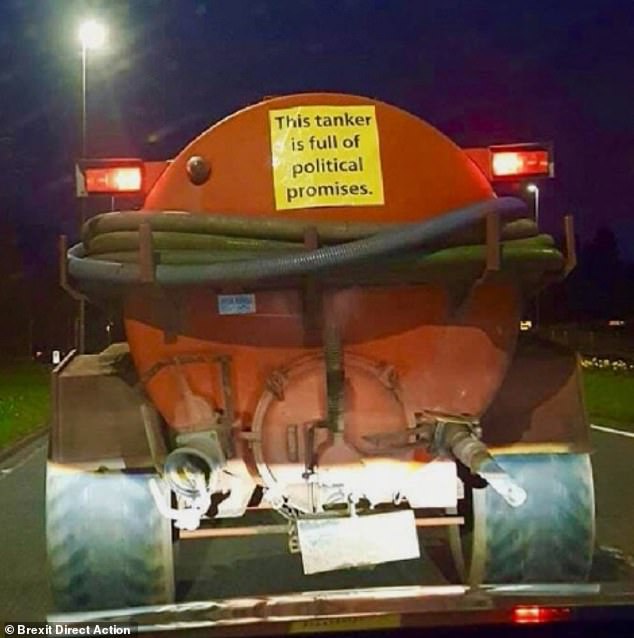 The pro-Brexit group shared images of the the tailbacks on their Twitter account with this tanker with a sticker saying: ‘This tanker is full of political promises’ 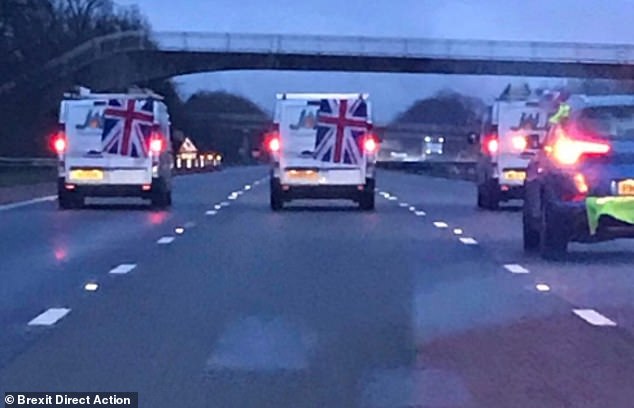 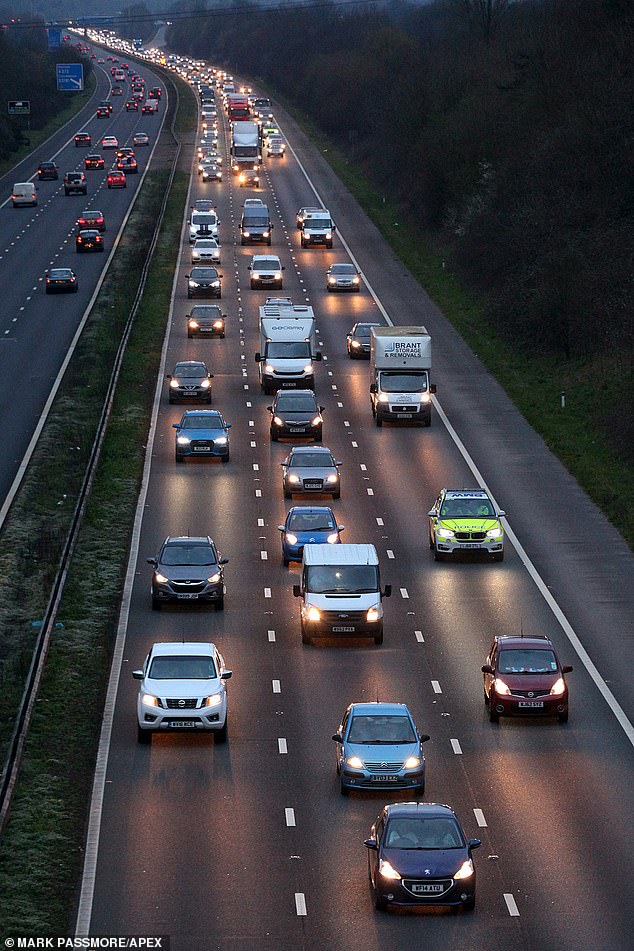 After Article 50 was triggered the UK’s withdrawal from the European bloc had been scheduled for March 29.

Theresa May failed to get her agreement through on two separate occasions and will have a third attempt next week after getting a short extension from the EU to April 12.

Hard Brexiteers such as Jacob Rees-Mogg, Boris Johnson and Nigel Farage believe that May’s deal does not fulfil the will of the people in any case.