Nathan Smith, from Poole in Dorset, moved to New Zealand 13 years ago and was at the Al Noor Mosque for Friday prayers when the shooter struck

A British survivor of the Christchurch mosque shootings has described the terror inside the massacre where corpses were ‘stacked on top of each other.’

Nathan Smith, who converted to Islam after moving to 13 years ago, was worshipping in the Al Noor Mosque when the lone gunman opened fire at Friday prayers.

The father-of-three, originally from Poole in Dorset, said he had lost all of his friends in the terror attack.

Mr Smith said he first thought the shooting was ‘firecrackers’ or an ‘electrical problem’.

‘Then, all of a sudden it was becoming louder and louder,’ he told the BBC.

‘The windows started going out, I could see people just falling forward. People standing up and just falling.’

Australian Brenton Tarrant, 28, has been charged with murder after 50 people were killed and dozens more injured in the massacre at two mosques last Friday.

Mr Smith told the broadcaster: ’50 people, dead. The bodies were stacked on top of each other. People just falling. The windows going out. I can’t explain it.

‘How I got out? I just don’t know. All my friends dead and me not a scratch.’

Mr Smith said he managed to escape through the back of the mosque and ran to his car before escaping over a wall.

He described how he then found a young woman lying in the road near the mosque. 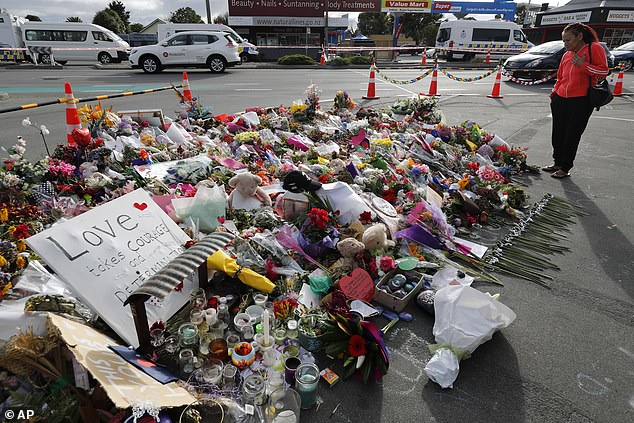 A woman looks at the floral tribute near the Linwood mosque in Christchurch, New Zealand on Thursday 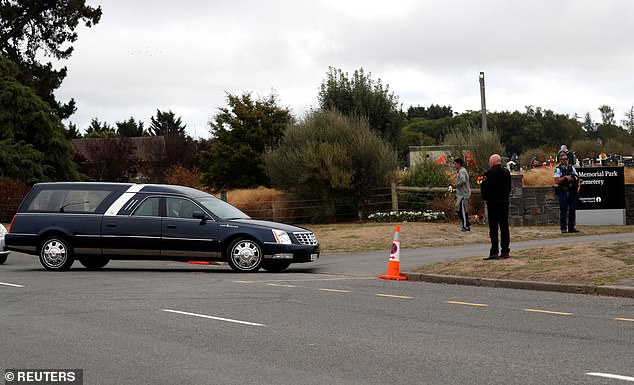 A hearse arrives at the Memorial Park Cemetery in Christchurch, New Zealand, as the first funerals were held on Thursday

Mr Smith said: ‘I didn’t know her name and I don’t know where she’s from at the time.

‘I’m just holding her, I don’t know why but I’m stroking her back – she’s already dead.’

He wept as he told the BBC: ‘Just because they’re wearing something different or they have beards or they’re not dressed the same as you or eat the same food. They’re still the same.

‘And the best one’s are not coming home.’ 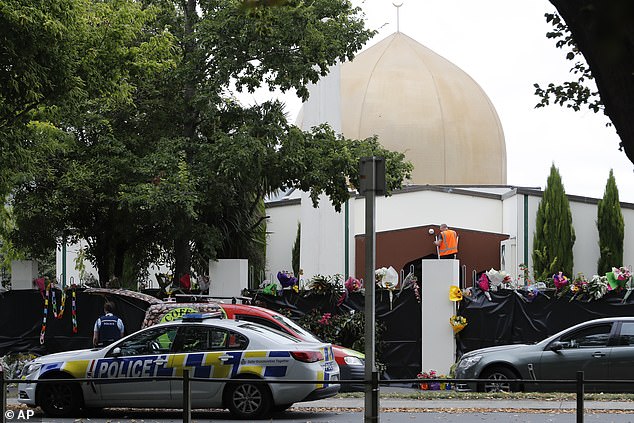 Workers are seen cleaning up at the Al Noor mosque in Christchurch, New Zealand on Thursday, as a police car is parked outside the scene and flowers adorn the walls

His account comes after the first two funerals were held, for father and son Khalid Mustafa, 44, and 15-year-old Hamza Mustafa.

Hamza’s younger brother, Zahid, was also in the mosque on the day in question and was shot in the legs.

He is currently wheelchair bound, recovering from the injuries he sustained in the attack.