And on Wednesday, Nadia Bartel flaunted her enviable post-baby body on Instagram.

Stunning in a pair of tight skinny-leg jeans and a midriff-baring top, she exclaimed: ‘It feels good to finally be able to work out after bub.’

‘It feels good to finally be able to work out after bub’: AFL WAG Nadia Bartel shows off her toned frame in tight jeans after welcoming second child (Pictured left in March 2019, right in October 2018)

Nadia claimed she was focusing on strengthening her glutes following her second pregnancy, and was seeing progress in the growth of her booty.

‘Feeling so much stronger and barely any pelvis and sciatic nerve pain. I am focussed on strengthening my glutes as this helps relieve the pressure around my pelvis.’

She also noted another positive of her glute-based exercises: ‘It means if I get pregnant again, I hopefully won’t have as severe issues as I did this last pregnancy.’ 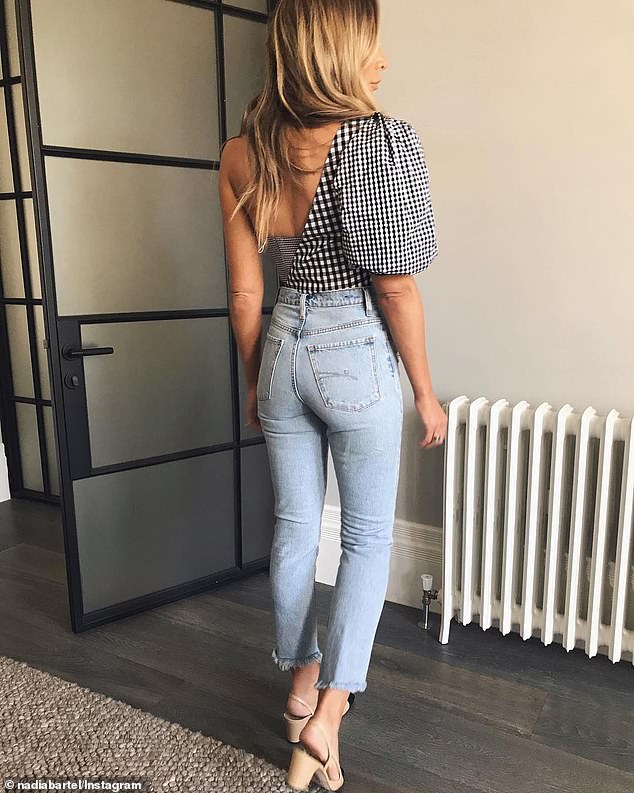 ‘I am focussed on strengthening my glutes’: Nadia claimed she was working on ‘building her booty’ as it relieves the pressure around her pelvis and could prevent future pain if she were to fall pregnant again

Nadia previously revealed that she was still answering emails while in labour as she was so busy building her online clothing site The Connection.

‘I had an epidural so I didn’t feel anything, so I was paying all these invoices,’ Nadia told magazine. 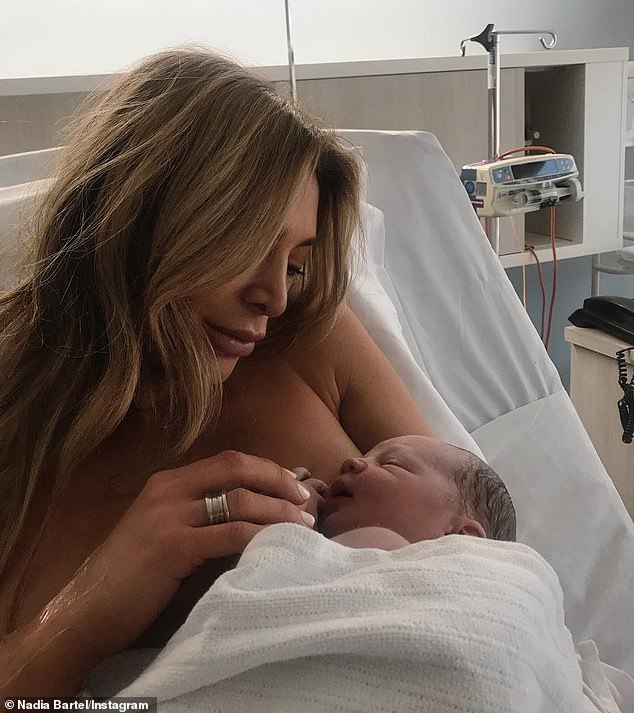 ‘I wanted to get it done!’ AFL WAG Nadia Bartel has admitted she was still answering emails while in LABOUR with her second child, Henley (pictured) 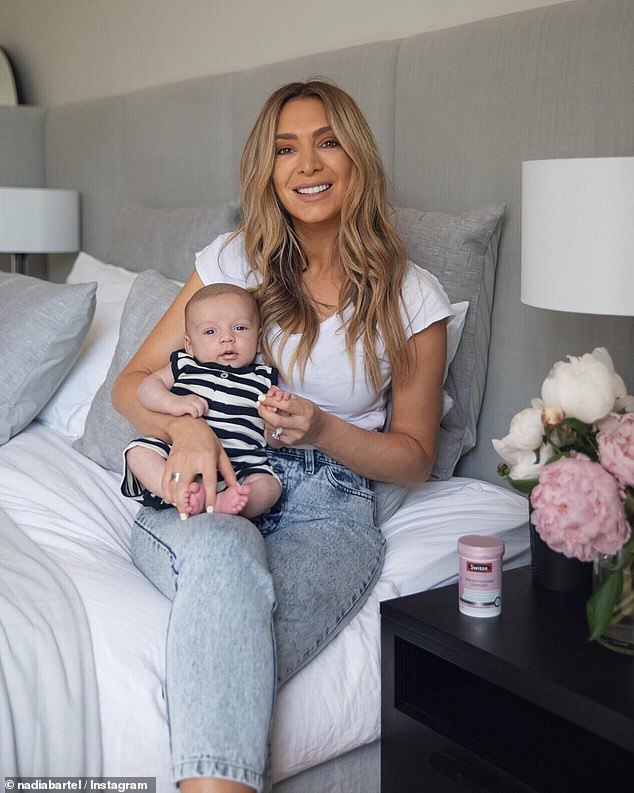 Impressive: Her work ethic is so strong that she went back to the office after just one month of maternity leave

She went on: ‘I wanted it done because I knew when I had the baby, that’s when you get really hectic.’

‘When you have your own businesses, you don’t have anyone else to do jobs for you so you have to get back to certain people and have sign-off on decisions.’

And her work ethic is so strong that she went back to the office after just one month of maternity leave.

Aside from her clothing site, she also has the fashion and lifestyle blog Chronicles of Nadia and Spray Aus, a line of bronzing products and spray-tan salons she owns with fellow WAG Rebecca Judd.

The fashion blogger recently showed off the very lavish nursery she has created for Henley, via her YouTube channel. 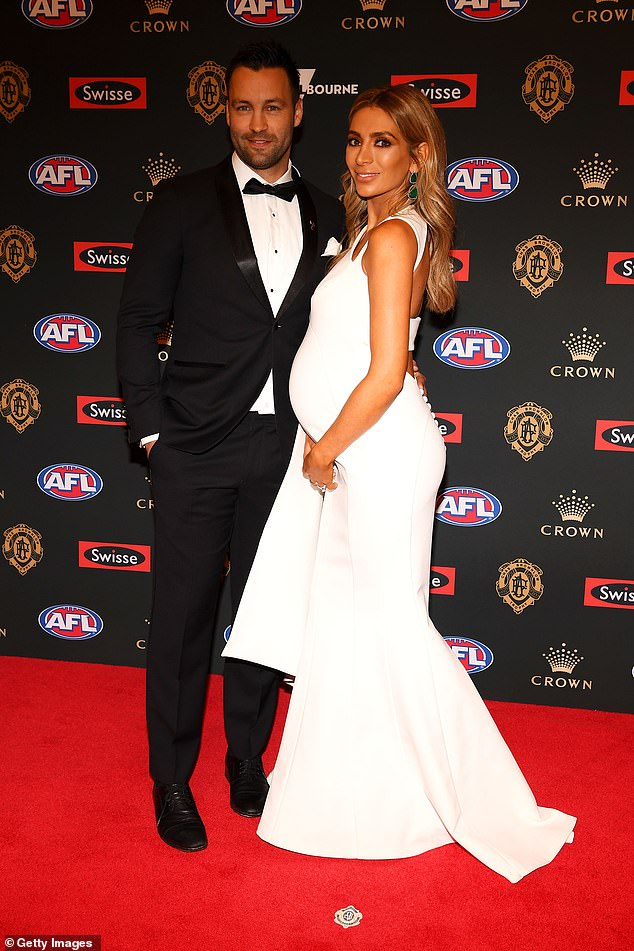 Proud parents: Nadia and Jimmy, who married in 2014, welcomed Henley on October 17 and also have a three-year-old son Aston

CBB: Ryan Thomas breaks down as he gets a letter from brother Scott
Abbey Clancy shows off her sartorial prowess as she does some Black Friday shopping in London
Sharon Stone is casual-cool in track pants and blazer as she flashes beaming smile during lunch date
Eurovision 2019 UK act Michael Rice looks in high spirits at pre-show presentation
Miranda Lambert helps animal shelter in Massachusetts waive its adoption rates
Justin Timberlake is spotted in character as he continues filming new movie Palmer in New Orleans
Normal People bosses issue takedown notice to Pornhub after sex scene compilation surfaces online
Brandi Glanville claps back at Twitter trolls who accused her of getting plastic surgery