A federal judge on Tuesday contradicted the Trump administration’s ‘incorrect’ claim that no legal blocks remain for it to enforce a contentious policy to restrict many transgender individuals from the U.S. armed forces starting on April 12.

In a three-page notice, U.S. Judge Colleen Kollar-Kotelly – a Bill Clinton appointee – said an injunction that she issued against the policy in 2017 remains in place.

‘Defendants were incorrect in claiming that there was no longer an impediment to the military’s implementation’ of the transgender policy, the judge wrote.

A spokeswoman for Pentagon said it was consulting with the U.S. Justice Department, which declined to comment. 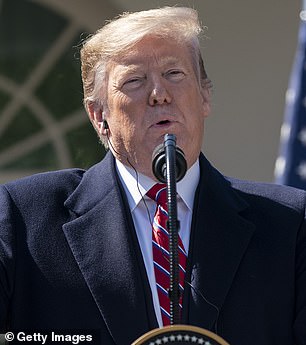 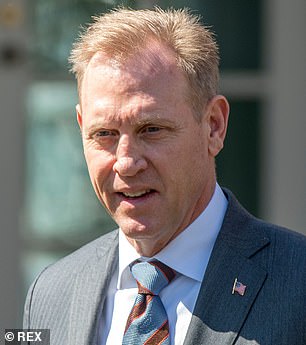 Chaos: Pentagon secretary Patrick Shanahan’s (right) staff are consulting with the Department of Justice after a court ruled the military transgender ban ordered by Donald Trump is still subject to an injunction 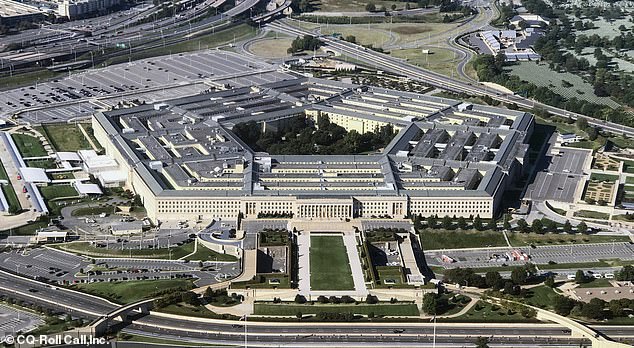 A spokeswoman for Pentagon said it was consulting with the U.S. Justice Department, which declined to comment.

Three other injunctions issued by judges in separate cases have already been lifted, in part by a Jan. 22 U.S. Supreme Court decision and subsequent action by a federal judge in Maryland.

That prompted the U.S. Defense Department to sign a memo on March 12 that would enforce its service limitations on transgender people, effective one month later.

Kollar-Kotelly’s injunction, however, had been set aside by a three-judge panel of the District of Columbia U.S. Circuit Court of Appeals on Jan. 4.

The panel said it would hold off on issuing a ‘mandate’ to finalize the higher court’s decision until it resolves any request by the plaintiffs who challenged the transgender policy as a violation of the U.S. Constitution to rehear their appeal.

In March 2018, Trump backed a revised policy from then-Defense Secretary Jim Mattis. It banned, in some circumstances, transgender people with gender dysphoria, or distress due to internal conflict between physical gender and gender identity.

Meghan Markle pregnant: Royal baby news sparks memes on social media
Minister's meeting with eco rabble plotting to bring London to a halt tomorrow
Nigel Farage says No 10 have 'BANNED him from meeting Donald Trump'
Soccer star Hope Solo opens up about miscarrying twins
Would YOU go on holiday with your ex? Gwyneth Paltrow does
Iran changes name of seized tanker Grace 1 to Adrian Darya as US issues fresh warrant to seize it
Parliamentary assistant punched his male partner to the ground, court hears
More than 90 per cent say taxpayers should not have to pay Prince Harry and Meghan's security bill