In a development that will pour fresh pressure on the Prime Minister the opposition leader will met Michel Barnier in Brussels on Thursday morning, .

The meeting will give Mr Corbyn a chance to put forward Labour’s alternative Brexit plan and also discuss the possibility of a second referendum taking place.

Mr Corbyn yesterday met with the Westminster leaders of the other opposition parties to discuss a new vote, which resulted in a request to swing behind a referendum and stop ‘prevaricating’.

But he also later met with MPs who support a soft Brexit that would keep Britain closely aligned with the EU, potentially including retaining freedom of movement. 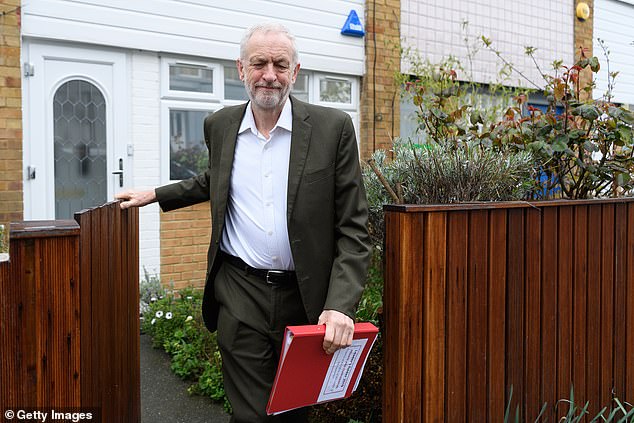 Mr Corbyn will meet Michel Barnier tomorrow morning, giving him an opportunity to put across his Brexit views hours before Mrs May faces the EU27 leaders at what is likely to be a stormy European Council meeting 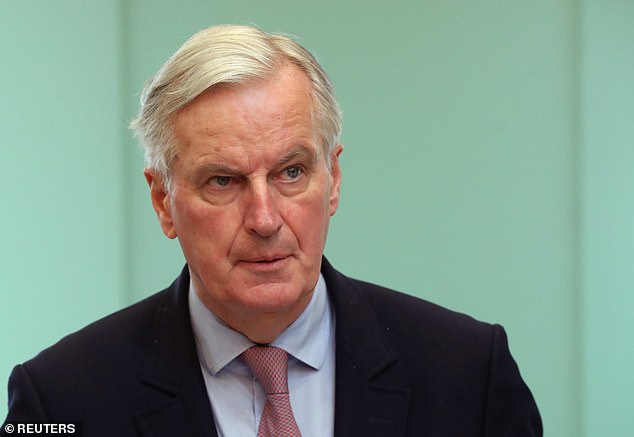 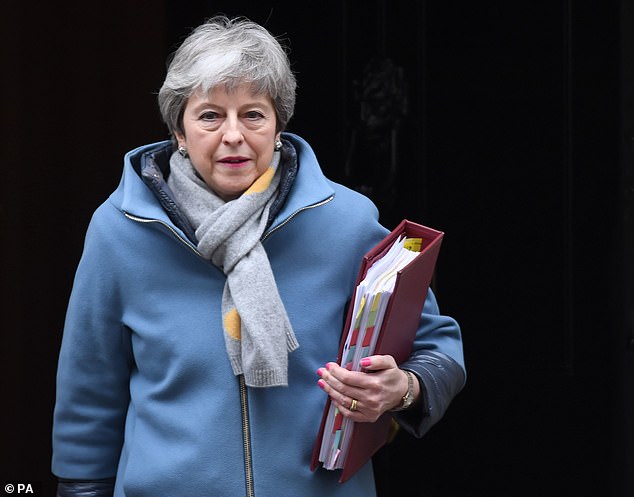 Theresa May is expected to ask for a delay to Brexit tomorrow but the EU is playing hardball over the length of the extension to Article 50 – or whether it will grant one at all. There are nine days to go until we are due to crash out the EU without a deal

Mr Barnier yesterday tore into Theresa May’s attempt to keep her delay options open by suggesting she must present leaders this week with a clear idea how the UK wants to stay in.

Michel Barnier told reporters today that any longer extension to Article 50 would only be considered if there was ‘a new political process’ in the UK to justify it.

At a Brussels press conference Mr Barnier stressed that it was ultimately a decision for EU27 leaders at the European Council meeting on Thursday, he said: ‘The EU authorities want to know what the underlying political process which would be the grounds for that extension would be – political process within the House of Commons or in the general political debate in the UK.’

Mr Barnier added: ‘It is our duty to ask whether this extension would be useful because an extension will be something which would extend uncertainty, and uncertainty costs.’

He added: ‘What would be the purpose and outcome? How could we be sure that at the end of a possible extension we are not back in the same situation as today?’

Passer-by finds giant wedding photos in the bin with the face of groom punched out
Stop punishing pupils by cutting 'vital' playtime, experts tell schools
ASK THE GP: What can I do to pep up my energy levels? Dr Martin Scurr answers your health questions
Now Virgin Atlantic pilots 'threaten Christmas strike chaos for thousands of passengers'
Floods hit homes as parts of UK get a month's rain in an hour
China confirms new SARS-like virus can spread between HUMANS as fears over killer outbreak grow
Vandals take offence at Banksy's Valentine's Day graffiti by daubing 'W****RS' across it
Steven Spielberg is 'embarrassed' for his daughter Mikaela, 23, as she pursues porn star career