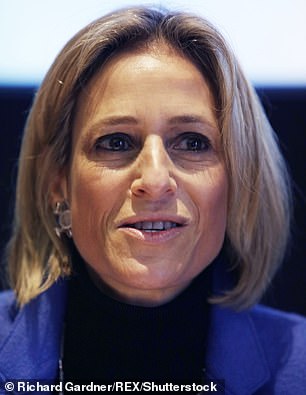 Emily Maitlis is the new lead presenter for Two’s Newsnight, it has been announced.

Kirsty Wark will be taking up an enhanced role on the programme and Emma Barnett will also be joining the presenting team.

Maitlis said: ‘I am delighted to be moving into this role at a time when Newsnight feels so pivotal to our understanding of this extraordinary moment in British history, and to be working with such an exceptional team.’

Wark, who has been one of the main presenters on the show for more than 20 years, said: ‘There is no better place to be right now on British television as we navigate great shifts in politics, international relations and the way we live our lives.

‘I love the fact that Newsnight is equipped with a tremendous mix of people who can deliver impact-making journalism with real flair.’

Last week, Maitlis was praised by viewers for rolling her eyes at Labour’s Barry Gardiner when he could not reveal the party’s policy if there was to be another general election.